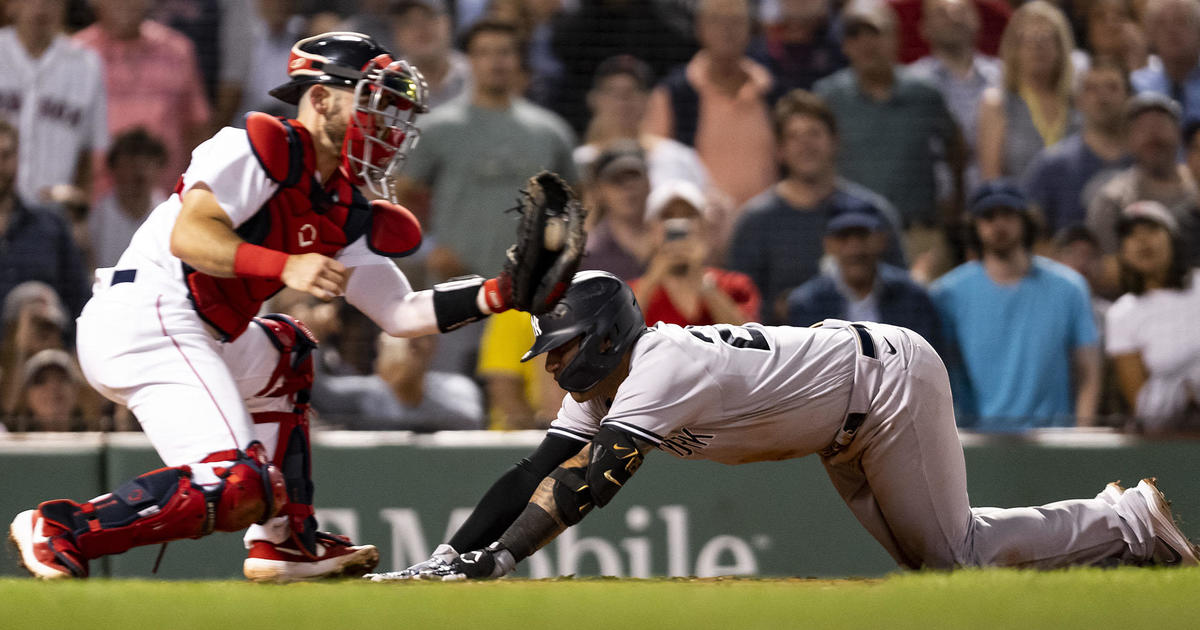 A day after homering twice to reach 57 for the season – four short of Roger Maris’ AL record – Judge went 1 for 4 with a walk. He singled in the fifth after Aaron Hicks reached on an error, putting runners on first and second.

Torres lined a single to right, and Alex Verdugo’s throw to the plate was too late to get Hicks. Catcher Connor Wong thought he had Torres making too big of a turn and fired the ball to first but it sailed wide and into the outfield.

Judge came around to score, and Torres beat Verdugo’s second throw home for the three-run, Little League homer that gave New York a 3-0 lead. Torres had three hits, and Nestor Cortes (10-4) took a shutout into the fifth to give the Yankees their fourth straight win and their eighth in 10 games.

Red Sox rookie Brayan Bello (1-6) took the loss even though all three runs he allowed were unearned. He struck out six and walked one, giving up six hits in five innings.

Boston managed just three hits and two walks off Cortes, who struck out seven and gave up one run in five-plus innings. Clay Holmes pitched the ninth for his 20th save in 25 chances.

The Yankees led 4-1 in the eighth when reliever Jonathan Loáisiga allowed three singles to load the bases with one out.

Rafael Devers hit a hard grounder down the line that went off first baseman Marwin Gonzalez’s glove and through his legs, bringing in one run. J.D. Martinez grounded into a fielder’s choice and beat the relay to first, which appeared to score another run.

But a replay review showed he stepped short of the base. The double play ended the inning.

The announcement sent the Yankees running off the field and drew a mixed reaction from the mixed crowd that seemed to be overrun with visiting fans.

When Judge came to the plate in the top of the ninth, a vocal “M-V-P!” chant broke out – much louder than the half-hearted “Yankees Suck!” that the Boston fans attempted earlier in the night.

Judge struck out to lead off the ninth, but the Yankees scored one run to make it 5-2 on back-to-back line drives to center field that handcuffed Abraham Almonte. Giancarlo Stanton was given a double but Torres’ shot that Almonte knocked down at the wall was called an two-base error.

Josh Donaldson then hit a high fly ball to center that Almonte handled, drawing a sarcastic cheer from the crowd.

Yankees: LHP Zack Britton, who hasn’t pitched in the majors this season, made a rehab appearance for Triple-A Scranton/Wilkes-Barre. He pitched one inning, retiring the side in order on 11 pitches. … OF Harrison Bader (plantar fasciitis), playing his third game for Double-A Somerset, went 2 for 4 with a solo homer.

Red Sox: 2B Trevor Story missed his second straight game after injuring his left heel when he slipped on a base. … RHP Nathan Eovaldi (back) is scheduled to throw live batting practice on Sunday.

Yankees: After an off-day, visit Milwaukee for the start of a three-game series. RHP Frankie Montas (5-12) will face RHP Adrian Houser (6-9 in the opener.

Red Sox: Have Thursday off before opening a three-game series against the Royals in Boston. RHP Michael Wacha (11-1) will face RHP Jonathan Heasley (3-8) on Friday night.