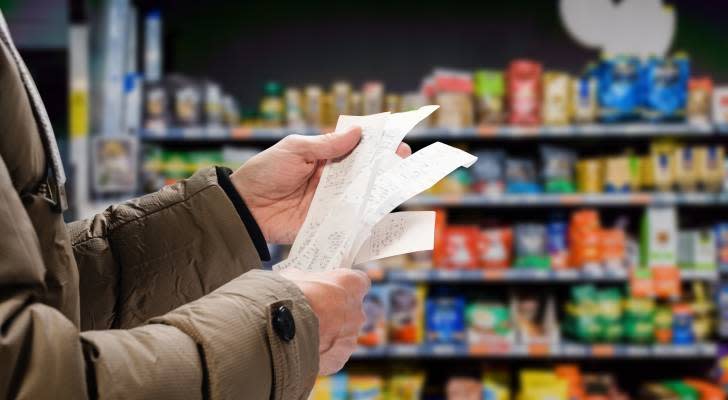 By the end of 2022, inflation will be the year’s biggest buzzword. Not only in the U.S., but around the world.

U.S. inflation has slightly eased for the second month in a row, reaching 8.3% in August. This is the lowest figure in four months, preceded by a 40-year high of 9.1% earlier this year

Yet Americans are still seeing rising prices almost everywhere they look, with some sectors are being hit harder than others. The cost of energy and gas fell 5% month-over-month but food prices saw major upticks.

“The food index increased 11.4% over the last year, the largest 12-month increase since the period ending May 1979,” the Bureau of Labor Statistics says.

The Federal Reserve enacted its second consecutive 0.75 percentage point interest rate increase in late July in hopes of easing inflation. But what’s really causing prices to rise to rise in the first place, and what will it take to make it stop?

What are the causes of inflation?

There are four general causes of inflation. The most commonly recognized causes are:

The fourth cause is an increase in the money supply, due to the Federal Reserve printing more.

Demand-pull inflation happens when demand from consumers pulls prices up. An example of prices going up due to aggregate demand is rising house prices, especially in highly-coveted areas. For example, Portland, Ore., which has been ranked as one of the hottest markets in the country, saw more than 117%t increase in home prices from an average of $176,325 in 2002 to around $383,482 in 2020.

The onset of COVID-19 led to a series of supply chain disruptions, labour shortages and ultimately rising costs to produce items and provide services. World’s economies are still reeling from this effect, and this is one of the reasons for this inflation.

Built-in inflation or wage-price spiral is when workers demand higher wages to keep up with rising living costs. This will induce businesses to raise their own prices too, leading to a circle effect.

There is debate on whether the Federal Reserve printing out more money may or may not cause inflation.

Powell still believes that inflation and the money supply are unconnected but he has fierce critics who think otherwise.

Until the pandemic, supply hadn’t grown that much since the late 1970s. Hanke also said that even if the Fed acts swiftly to slash that increase in half, annual inflation will top six percent through 2024.

However, the Feds increased the money supply by over 120% in 2008/09, and the increase did not cause inflation.

During the pandemic, stimulus checks were introduced to help keep the economy energized. With three rounds of stimulus checks, the U.S. government gave more than 472 million payments or $803 billion in total financial relief to those impacted by the pandemic.

However, some critics claim that while the stimulus bills were necessary, they have contributed to the inflation we know today.

And this also explains why some economists believe that inflation is the result of a monetary policy.

“Inflation is always and everywhere a monetary phenomenon, in the sense that it is and can be produced only by a more rapid increase in the quantity of money than in output,” the late economist and Nobel prize laureate Milton Friedman once said.

Why is inflation so high right now?

The main causes of the current inflation in the U.S. is the persistence of supply disruptions and shortages of food products, which began with the pandemic. Additionally, inflation is also affected by the higher energy prices. The U.S. isn’t the only country experiencing this.

Canada’s inflation also slowed to 7.6% in July, but it is still far above the Bank of Canada’s 2% target. Gas prices are lowering but families are still feeling the impact of inflated food prices.

Some countries are in a far worse predicament when it comes to inflation. In Argentina, inflation stands at 64% and is expected to hit 95% by the end of 2022. In Turkey, it’s nearly 80%. Inflation is not only a result of foreseeable economic changes, but also geopolitical events that cause ripple effects, such as COVID-19 and Russia’s invasion of Ukraine.

As a result of the Russian invasion on Ukraine, and numerous countries imposing sanctions on gas-exporter Moscow, the world felt the commodity shock when energy prices soared high and reached new records. This explains why energy prices reached record highs in many parts of the world.

When will inflation go down?

Overall, the August results show that prices have started to decline in key areas, such as gas or airfare, probably indicating that inflation peaked. However, the underlying issues causing this inflation haven’t been solved yet.

In its post-COVID-19 indicators, supply chain firm Flexport said that “overall consumer preferences for goods over services will decline but still remain slightly above summer 2020 and pre-pandemic levels.”

In August, Art Hogan, managing director and chief market strategist at B. Riley Financial, told Forbes that he estimates that this period of inflation can end by the middle of 2023.

“We’re seeing prices come down and that will help shorten the inflation cycle,” he says. “Both shipping costs and times have come down considerably.”

However, financial services company Edward Jones speculates that inflation should start to moderate by the end of 2022.

In addition, maybe there is some silver lining for the supply chains in the United States since U.S. executives are currently thinking of different ways to re-pivot and deal with these supply chain issues.

According to Dodge Construction Network, the construction of new manufacturing facilities in the U.S. has soared 116% over the past year, dwarfing the 10% gain on all building projects combined. However, it gets complicated with the labor shortage and more baby boomers end up retiring

There are four main ways you can fight inflation in your daily life.

Cut discretionary spending. It is obvious that inflation requires cutting back on discretionary, or non-essential spending and tracking your income.

Bring in more income. Those who are very cash-strapped or want to save more money may take on an extra job.

Take advantage of high interest rates. However, those who have some money to spare can invest in high interest savings accounts or term deposits if possible.

Eliminate your debts. Also, once interests are up, it’s advisable to refinance any current variable-rate debt.

What to read next

This article provides information only and should not be construed as advice. It is provided without warranty of any kind.