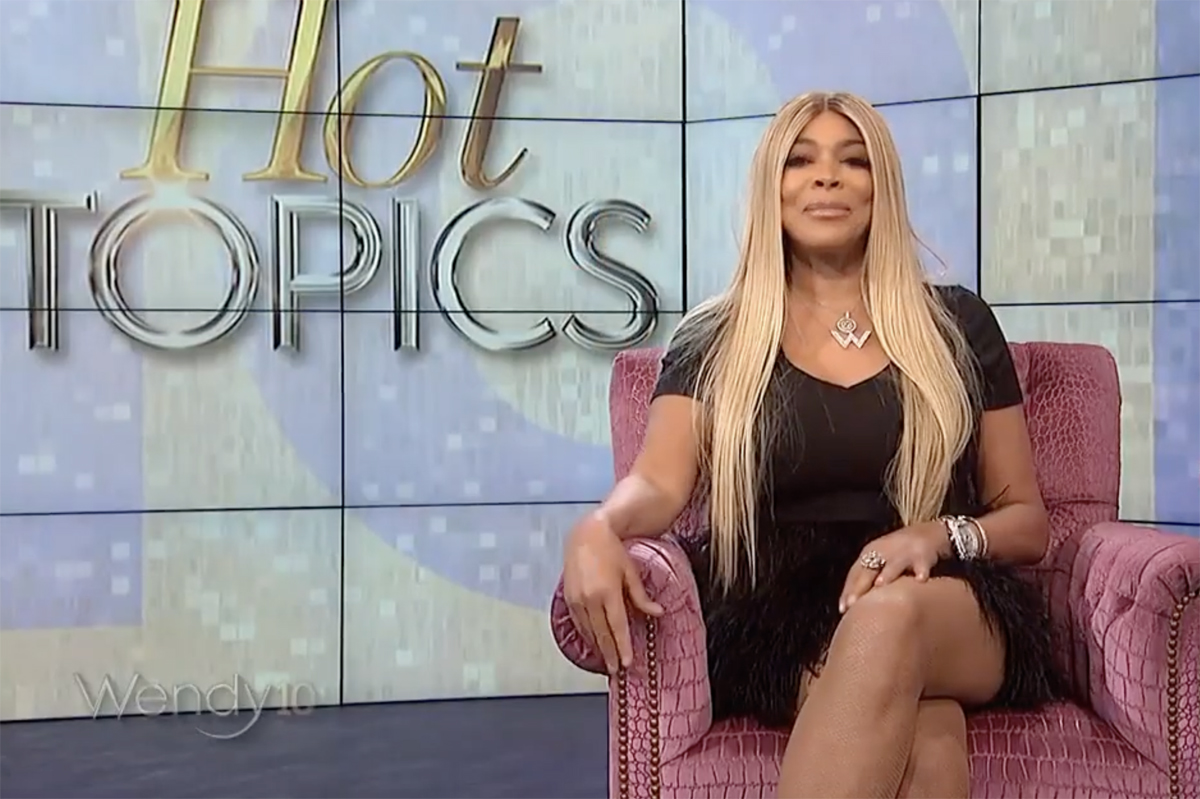 Well, it’s disappointing to hear a confirmation of such a problem, but we suppose it’s for the best.

According to a new report, Wendy Williams has checked herself back into rehab to deal with substance abuse issues. A source told Page Six on Wednesday the drinking has become a real problem for the former daytime diva amid her legal battles:

“It’s gotten worse. She went from wine to straight up vodka.”

Insiders tell the outlet Wendy’s substance abuse issues returned as her health continued to decline. The facility she entered has not been disclosed.

Fans will recall Wendy formerly sought help in a sober house in 2019. Unfortunately we heard that was about the only time the TV star was sober, with a source telling The Sun after her hospitalization last year:

“Wendy drinks every day and the only time she was sober was when she was at the sober house. Her staffers are worried but no one is ever going to speak up because they don’t want to lose their jobs. She’s an alcoholic. A bad one. She doesn’t need a talk show, she needs help.”

It sounds like after a year of that, she’s finally accepted she has a problem and is getting help. This is of course amid her ongoing battle with her former talk show’s production company Debmar-Mercury. Page Six‘s source tells them the company “refused” to get her help even though she had a problem for some time. The insider said:

“They turned their backs on her. They had too much control over someone so vulnerable.”

That’s in line with what Wendy’s ex — and former producer — Kevin Hunter has been alleging about Debmar-Mercury. He said in July they knew all about his wife’s issues but didn’t want to lose the revenue when she was off work!

Thankfully if this report is accurate and Wendy herself is seeking help this time… well, maybe she has a real shot at overcoming her substance abuse issues. The positive of her not having a TV show now means there’s no responsibilities keeping her from rehab. We certainly miss having her takes on TV every weekday, but if it means she can finally get clean and healthy, it’s all for the best.