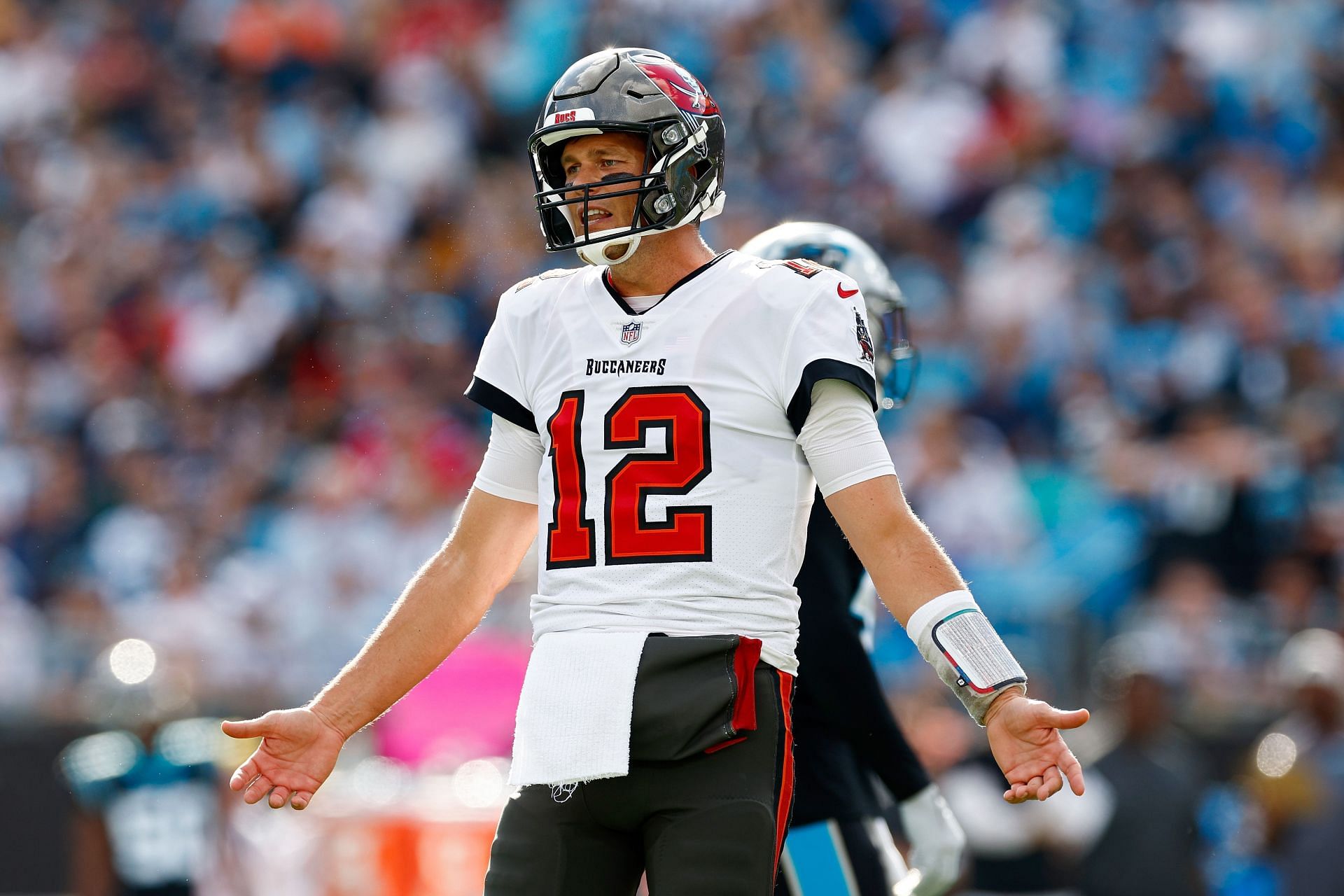 As per NFL insider Adam Schefter, Tom Brady, Julio Jones, and four other WR’s were either non-participants or limited in the Tampa Bay Buccaneers’ Wednesday afternoon practice.

Bucs’ injury report for today as they prepare for Sunday’s game vs. the Saints:

Bucs’ injury report for today as they prepare for Sunday’s game vs. the Saints: https://t.co/8h46JI2I9D

For Tampa Bay, it’s startling how quickly the injury sheet has filled up less than four days into the 2022 season.

While the reasons for Tom Brady’s absence remain undisclosed, the QB personally remarked being a little banged up in the wake of Sunday’s season opener. Whether his absence is family or injury-related is yet to be known.

Perhaps more concerning than Tom Brady’s absence was the non-participation of their star WR, Julio Jones.

Jones, who registered 69 receiving yards and three receptions in Sunday evening’s tilt, is reportedly suffering from a knee injury.

Given his history, Buccaneers fans may breathe a sigh of relief that it is not the nagging calf or hamstring-related issue that he has repetitively suffered in years past. Like many on this list, the extent of Julio Jones’ knee ailments is unknown.

With a whopping 10 players on the injury report, Tampa Bay will need to quickly find a way to plug up these holes.

The Tampa Bay Buccaneers suddenly have many questions facing them heading into Week 2. Does this leave the status of their Hall of Fame-bound Playcaller under center in question for Sunday night’s matchup against the Saints? Is Julio Jones also a no-go for Week 2?

As if one wasn’t enough, losing two key players could spell disaster for the Bucs against the New Orleans Saints.

Even if the GOAT can go on Sunday, how much does he have left in the tank? Brady is seemingly not what he was even last season. But, don’t take our word for it, hear it straight from the horse’s mouth:

45-year old Tom Brady to Julio Jones: “I don’t have that young arm like I used to.”

This was before he hit Julio for a 48-yard deep shot later in the game.

45-year old Tom Brady to Julio Jones: “I don’t have that young arm like I used to.”This was before he hit Julio for a 48-yard deep shot later in the game.https://t.co/cYA19VwYDo

Tom Brady to Julio Jones: “I don’t have that young arm like I used to”

It’s worth noting that, as the tweet mentions, this was prior to pinpointing a 48-yard bomb on a dime. But, how many more throws like that does he have left in him?

The drama, much like the Bucs’ injury report, is expanding by the day. Stay up to date for more developments on Brady and the Bucs situation at @SKProFootball on Twitter and sportskeeda.com/nfl.