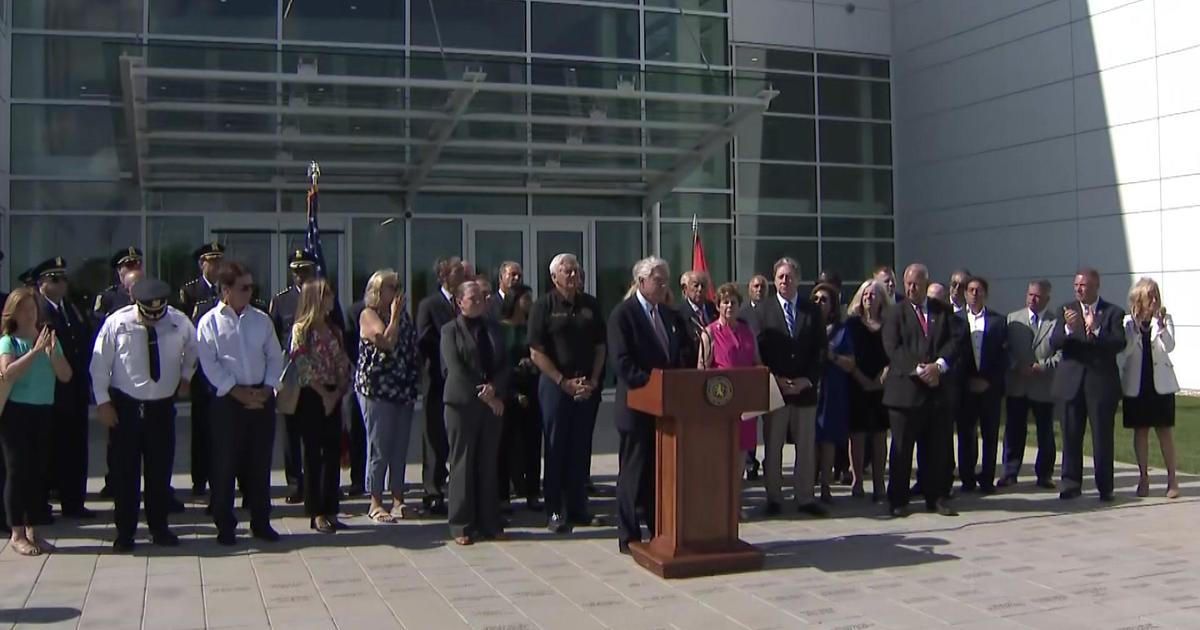 FREEPORT, N.Y. — There was a rare gathering Tuesday of mayors from Nassau County villages speaking in a unified voice, calling on New York state leaders to reconsider their sweeping 2019 bail reform.

They say a surge of crime in the suburbs is falling on deaf ears in Albany, and as CBS2’s Carolyn Gusoff reports, they came armed with statistics to argue the system is broken.

Two recent home invasions within an hour were reported on one Muttontown block. In Roslyn, twice, diners were followed home from a restaurant and robbed at gun- and knife-point. In Greenvale, there was a brazen jewelry store heist.

Mayors of many of Nassau County’s 64 villages joined in a rare show of nonpartisan resolve, blasting bail reform they blame for surging crime.

In Muttontown, there were two home break-ins last year. This year, there have been 13 so far.

“These issues, as well-intentioned as they may have been, are causing catastrophic results,” Old Westbury Mayor Edward Novick said.

Yet proponents point out crime is up across the nation, and that’s not linked to New York’s laws.

“Upwards of 80% of people have no subsequent re-arrests after being released. That’s a huge number of people who are no longer facing jail, no longer pretrial incarceration and the severe collateral consequences of spending even a night in jail,” said Ames Grawert, with the Brennan Center for Justice.

“I don’t know how they are massaging the statistics, but I can tell you from our experience … There is a pandemic of crime throughout New York state as a result of these bizarre laws,” Nassau County Executive Bruce Blakeman said.

Thomaston Mayor Steven Weinberg says mayors blame bail reform because “in the instances where we are making arrests, the police are finding … they are simply going back the next night and doing it again.”

“I had a dangerous defendant laugh in my face and walk out of the courthouse, never to be seen again,” she said.

Donnelly says give prosecutors back the ability to make a case for bail when the crime warrants it. She says it’s an easy fix that will go a long way in making New York safer.

“Governor Hochul’s top priority is to keep New Yorkers safe, which is why she worked with the legislature earlier this year to crack down on gun crimes and repeat offenders and further expand the types of cases where judges have the discretion to set bail. The Governor continues to work every day with law enforcement and local officials to improve the criminal justice system, combat violence, and strengthen public safety across New York.”

Carolyn Gusoff has covered some of the most high profile news stories in the New York City area and is best known as a trusted, tenacious, consistent and caring voice of Long Island’s concerns.