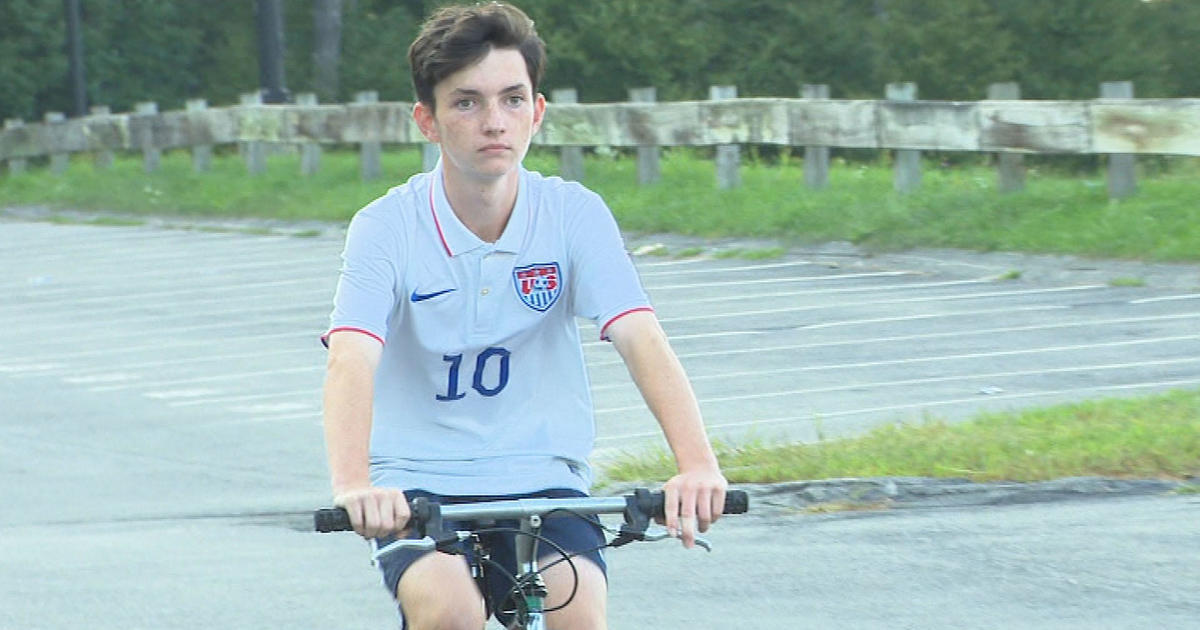 HOLDEN – A family in Central Mass. has been missing their sunshine for 10 long years. Sweet Sophia, who passed away from complications of leukemia.

“You feel like you haven’t held her, smelled her, heard her in so long. And at the same time, it feels like it just happened yesterday,” Sophia’s mother, Rebecca Kuczarski said.

“She was really sweet. She was a bright light in our life. Yeah, I miss her, a lot. Every day,” cousin Remy St. Germain added.

This family lives life for her; their girl who is forever four. Sixteen-year-old Remy, from Holden, wears a soccer number of the day Sophia went to Heaven.

“I feel like when I put it on, and I play for her I’m honoring her in a way each game. It motivates me to play my best,” the Wachusett Regional High sophomore said.

“I wanted to do something for her; I felt like she needed something big,” he said.

Remy is raising money for Why Me and Sherry’s House – the Worcester organizations that supported his family after they lost their Sophia. Once Remy makes it to Gillette, the New England Revolution will recognize him at their kick childhood cancer game, as hero of the match.

It’s such a gift to his family, especially Remy’s aunt – Sophia’s mother.

And, in the wind at Remy’s back…

“She’s going to be helping me on the bike ride for sure.”

Click here to support Remy and his ride in memory of Sophia.

Another way to support Why Me and Remy is by attending the the Revs game on September 17th, purchase your tickets here. A portion of tickets purchased through this link will be donated back to Remy’s Ride and Why Me.

Juli McDonald is a general assignment reporter for WBZ-TV.