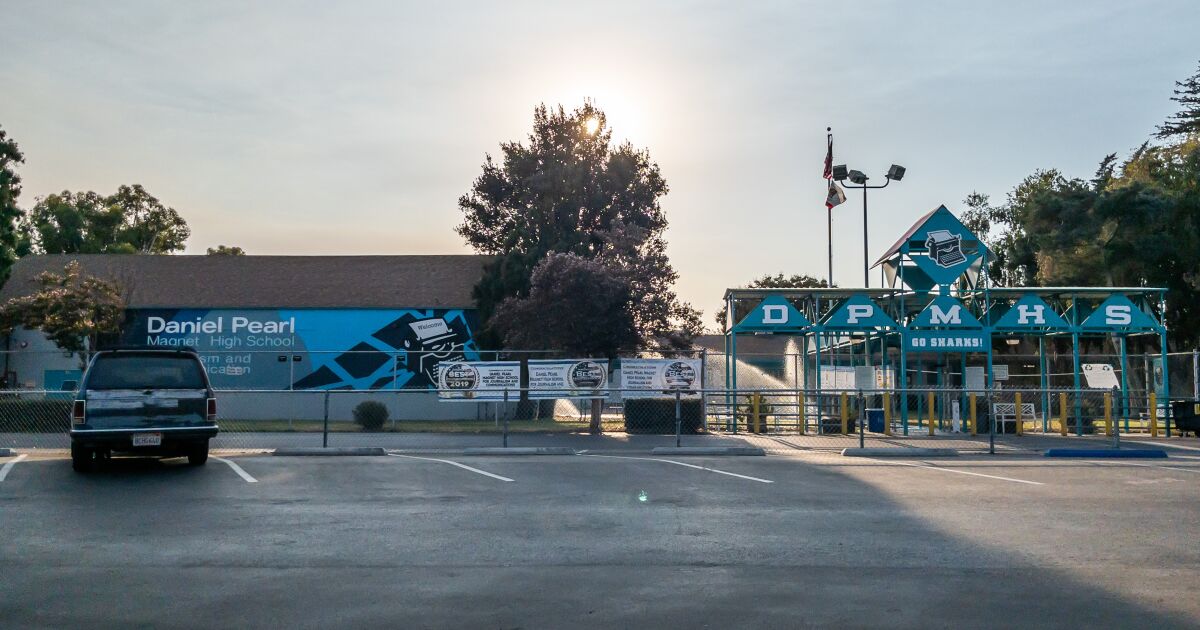 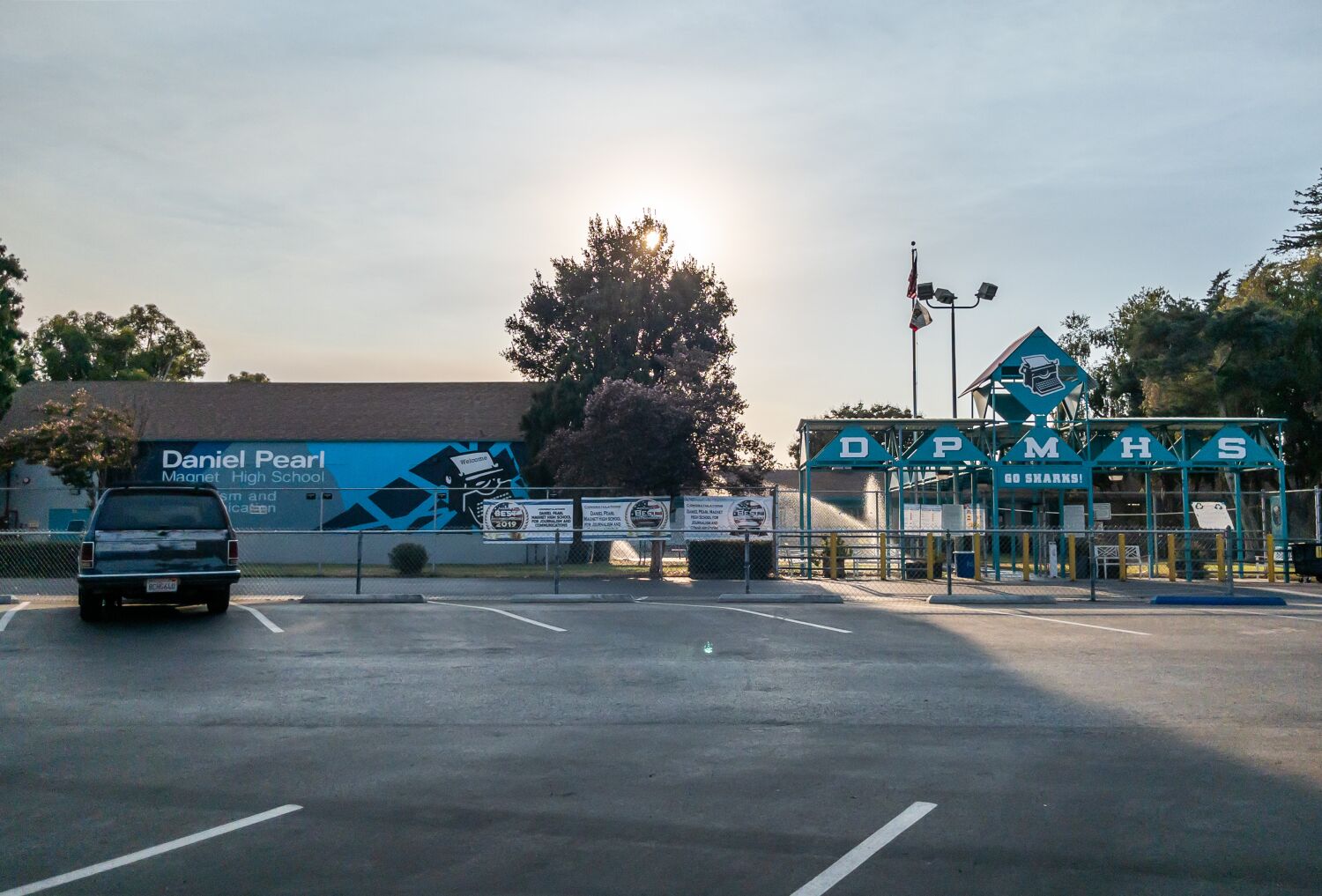 Los Angeles school officials on Friday rescinded a suspension they had levied against a journalism advisor at Daniel Pearl Magnet High School who had refused to censor an article naming an unvaccinated campus librarian.

Adriana Chavira was facing a suspension of three days without pay over the article about employees who declined to follow the L.A. Unified School District’s COVID-19 vaccine mandate.

“In LAUSD, about 240 teachers opted out of getting the vaccine, which led to them not showing up to school on Oct. 18,” reported the school’s student-run news website, the Pearl Post. “Among them was teacher-librarian Greta Enszer from Daniel Pearl Magnet High School.”

For several months after the article was published in November, Enszer and the Lake Balboa school’s principal had demanded that the name be removed.

But Chavira, a former journalist who has taught at Pearl Magnet High for 14 years, stood behind her students’ reporting and refused to change the story, citing a California law that protects student journalists from censorship.

She appealed the suspension and won, with a district official rescinding the discipline Friday at an after-school meeting, Chavira said.

“It was definitely a sigh of relief, a huge load off my back,” Chavira told The Times. “It’ll be almost a year since this has been going on, and so it was definitely putting on some stress on myself and obviously my students as well, knowing something that they wrote could potentially get me fired.”

At the meeting, Chavira’s representative from United Teachers Los Angeles read a letter from union lawyers in her defense, much of which cited California Education Code 48907. The law protects public school students’ “right to exercise freedom of speech and of the press” and shields school employees from disciplinary action for protecting that right.

A district official considered the matter for a few minutes before rescinding the suspension without comment, Chavira said.

Chavira said Friday that she had no indication from the district “that there was a willingness to rescind it until today at the meeting.”

The issue had galvanized the journalism community, as Chavira and her students received support from the Student Press Law Center, the National Assn. of Hispanic Journalists and the Society of Professional Journalists. They were also backed by Judea Pearl, whose son — the school’s namesake — was kidnapped and killed by Al Qaeda extremists while reporting for the Wall Street Journal in Pakistan in 2002.

“I don’t want [Chavira] to face any disciplinary action for allowing her students to tell the truth,” Pearl said in a statement issued by the Los Angeles Press Club. “I only want what’s best for the students and the school, which is why I hope they will reconsider this decision.”

Chavira’s students also backed her and the story on social media and in the press.

“We’re not going to let them intimidate us,” Pearl Post editor in chief Delilah Brumer told The Times this month.

“I’m very proud of them,” Chavira said. “It definitely is not easy to get out there talking about your school or your school administration, but they believe in journalism.”

Chavira said she was glad that the situation has shed light on California’s protections for journalism advisors and student reporters.

“They do have the 1st Amendment on campus, and they should not bow down to administrators to take down their stories if the stories are reported well,” she said.