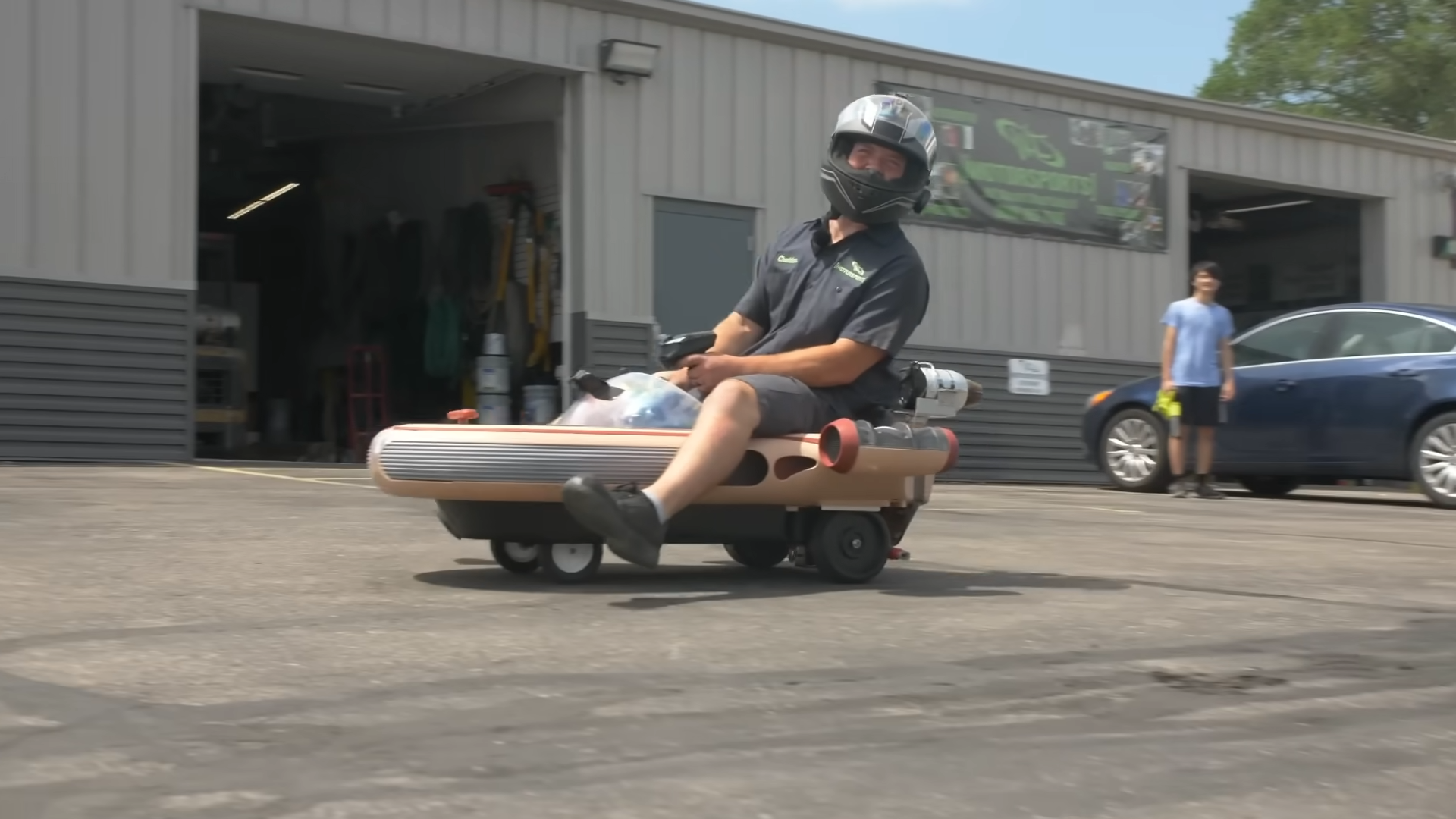 When it comes to children’s ride-on toys, the Star Wars Land Speeder is one of the cooler examples out there. However, with weedy 12-volt motors, they certainly don’t move quickly. [Joel Creates] decided to fix all that, hopping up his land speeder with a real jet engine.

First, the original drivetrain was removed, with new wheels installed underneath. Initially, it was set up with the front wheels steering, while the rear wheels were left to caster freely. A RC jet engine was installed in the center engine slot on the back of the land speeder, and was controlled via a standard 2-channel RC transmitter.

The jet engine worked, but the wheel configuration led to the speeder simply doing donuts. With the speeder reconfigured with rear wheels locked in place, the speeder handled much more predictably. Testing space was limited to a carpark, so high-speed running was out of the question. However, based on the limited testing achieved, it looks as though the speeder would be capable of a decent clip with the throttle maxed out.

It’s not a practical build, but it sure looks like a fun one. [Joel Creates] has big dreams of adding two more jet engines and taking it out to a runway for high-speed testing, and that’s something we’d love to see.

RC jet engines are a bit of a YouTube fad right now, showing up on everything from RC cars to Teslas. Video after the break.