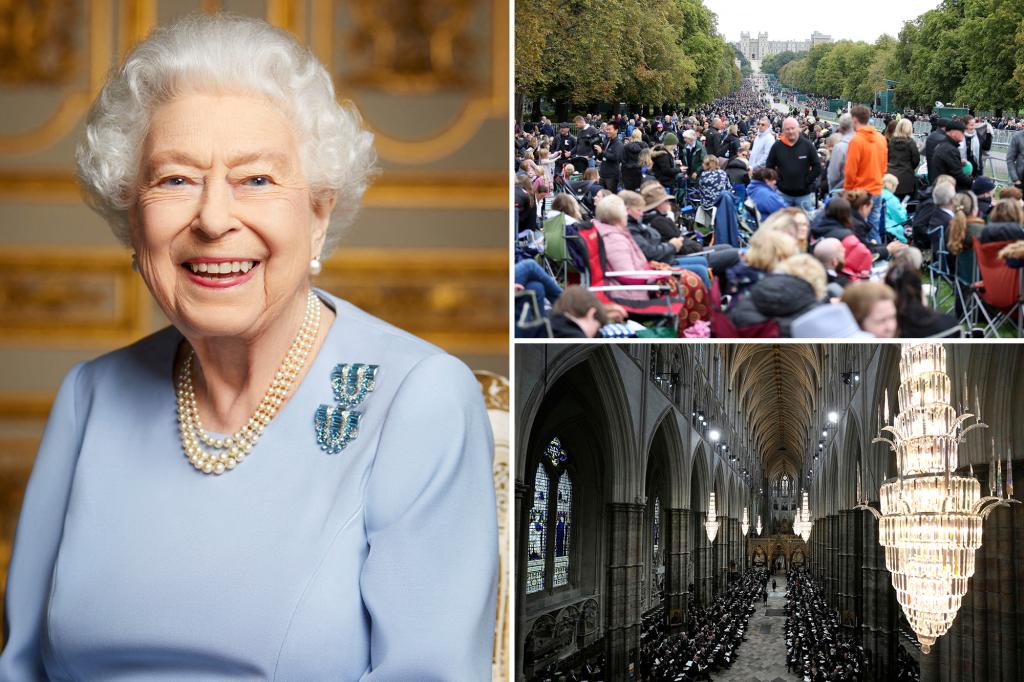 Queen Elizabeth II’s elaborate final farewell got underway early Monday as Britain and the world laid the beloved and longest-reigning monarch to rest.

The meticulously funeral events for the late 96-year-old monarch began early when the doors of Westminster Hall finally closed to the public after hundreds of thousands of mourners had filed past her coffin to pay their respects since Sept. 14.

More than 2,000 official guests, including President Joe Biden, were expected to gather inside London’s Westminster Abbey for the state funeral service, which was set to begin at 11 a.m. (6 a.m EST).

Official guests started arriving at the abbey nearly three hours before the service began, including Charles Spencer — the brother of the late Princess Diana.

Meanwhile, procession viewing areas along the streets of London had already filled up by 9 a.m. (4 a.m. EST) as thousands turned up to pay their respects.

The state funeral will be one of the grandest ceremonies ever seen in the British capital — and will include personal touches from the monarch herself, who died Sept. 8 aged 96.

“It was her majesty the queen that went through the plans and made sure they were alright and the king is implementing those plans,” a spokesman for King Charles III said of the ceremony.

The service will begin after Her Majesty’s coffin is carried from Westminster Hall, where it has been lying in state since Wednesday, on the State Gun Carriage of the Royal Navy — a tradition dating back to the funeral of Queen Victoria.

King Charles and his sons, Prince William and Prince Harry, will follow directly behind the coffin.

The final farewell, which will last about an hour, will end with a national two-minute silence and a lament played by the Queen’s personal piper — one of the unique additions to the day added by the monarch before she died.

The service will be led by the Dean of Westminster, David Hoyle, and will include a sermon by the Archbishop of Canterbury Justin Welby, the principal leader of the Church of England.

It marks the first state funeral in Britain since Winston Churchill’s in 1965.

Dedicated in 960 CE, Westminster Abbey has hosted hundreds of royal milestones, including the wedding of Prince William and Kate Middleton in April 2011.

The elected officials will also be rubbing shoulders with other European royalty.

These include King Philippe and Queen Mathilde of Belgium, King Willem-Alexander and Queen Maxima of the Netherlands, King Felipe VI and Queen Letitia of Spain, King Carl Gustaf and Queen Silvia of Sweden, as well as Prince Albert and Princess Charlene of Monaco.

Following the state funeral service, Her Majesty will be laid to rest at Windsor Castle in a private service at 7:30 p.m.

Her final resting place will be alongside her father King George VI, the Queen Mother Elizabeth, and her sister Princess Margaret.

Prince Phillip’s remains, which have been in the Royal Vault at St. George’s Chapel since his death in 2021 at age 99, are expected to be exhumed at a later date and relocated into the same resting place as his wife of 73 years.