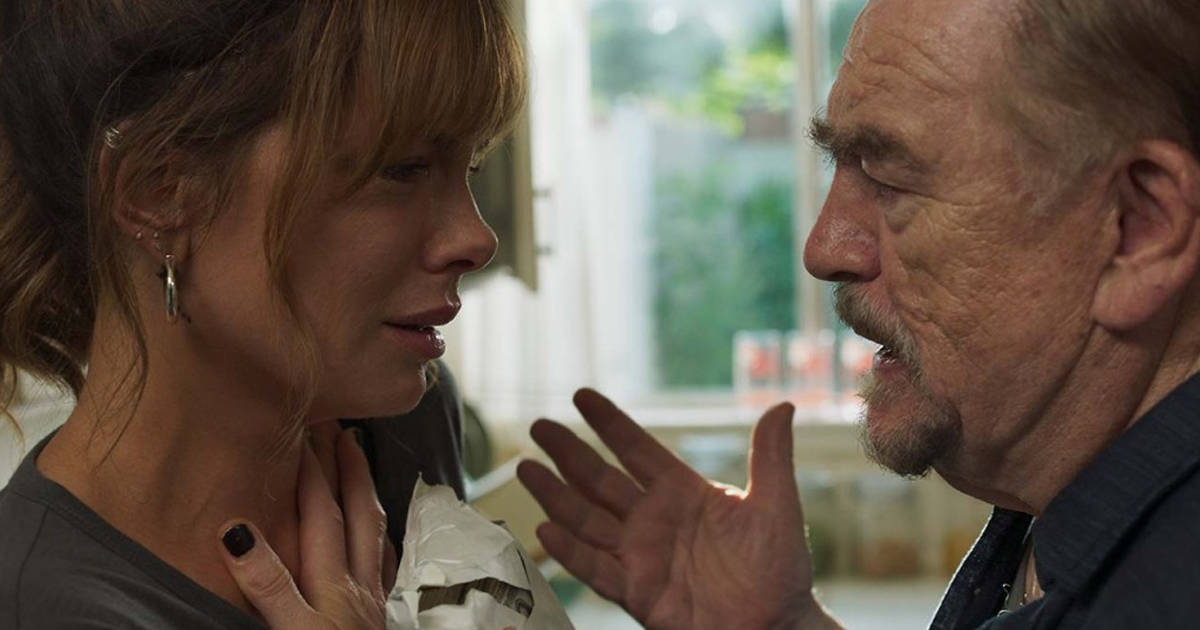 PLOT: Newly diagnosed with pancreatic cancer, a convicted murderer (Brian Cox) is given a supervised, compassionate release under the supervision of his long-estranged daughter (Kate Beckinsale).

REVIEW: Prisoner’s Daughter is a return to director Catherine Hardwick’s indie roots. In recent years she’s been known chiefly for larger movies like the recent Miss Bala remake, Twilight, and Red Riding Hood. Before those, she directed Thirteen and the underrated Lords of Dogtown, and Prisoner’s Daughter feels like a throwback to those kinds of movies. It’s a low-key character drama with a good moral message at its core and sports typically excellent performances from the two leads, Brian Cox and Kate Beckinsale.

Cox is an interesting choice to play Max, a brutal former boxer turned debt collector who’s been in prison for killing someone. We’re used to seeing him play patriarchs, most famously on Succession, and based on that role, you would expect him to be similarly cold and brutal here. That’s not the case. Hardwick tries to subvert your expectations as, despite his brutal past, Cox’s Max is a totally sympathetic character who genuinely wants to make the best of the time he has left. His key motivation is to mend his relationship with his daughter, Maxine, played by Beckinsale, in a role that has a lot in common with her underrated movie, Snow Angels.

Maxine lives in the part of Las Vegas we never see in movies. She lives behind the scenes of the glitz and glamour and works several jobs to support her son, Ezra (Christopher Convery). The boy’s father (Tyson Ritter – of All American Rejects) is a violent heroin addict, so she’s on her own trying to make ends meet. Given their history, you expect Hardwick and writer Mark Bacci to emphasize the tension between father and daughter. Once again, subverting expectations, they don’t do that. Maxine wants the best for her son and knows that, despite everything, her father can help, so she immediately lets him in, to a certain extent (although she tells her son he’s an estranged uncle), so that she can better support her son.

Beckinsale imbues Maxine with a lot of dignity and humor. She’s having difficulty making ends meet, but we see her constantly make the best of every situation, even mocking the crappy knock-off Frosted Flakes she has to give her son for breakfast. The relationship between her and Cox is a delight, with the genuine affection the two begin to have for each other well conveyed. Yet, Hardwick also never goes over the top with schmaltz. Both characters are tough, and the rebuilding of the relationship between the two of them is built more on mutual respect. He respects her for how good of a mother and provider she is, while she respects him for his new commitment to sobriety and his genuine need to help the family the best he can in the time he has left.

Cox also has excellent chemistry with Convery’s Ezra, with the boy a constant victim of bullying. Max helps toughen him up a bit in a gentle kind of way, enlisting his best buddy, a boxer trainer named Hank) played by the great Ernie Hudson – who seems to have stopped aging somewhere around 2005) to help teach him how to defend himself physically. While there’s never a doubt Ezra will eventually beat the tar out of his bullies, it’s fun to watch these tough guys interact with a kid, and again, their affection towards him seems genuine rather than schmalzy.

Where some may take issue with Prisoner’s Daughter is the final act, which may prove a sticking point for some critics. In the last twenty minutes, the film turns into thriller territory, giving Cox a chance to engage in a few punch-ups. It does come across as a little jarring, but you’re so invested in the family that you’ll welcome seeing Cox play a heroic, tough-guy part. If the movie were filled with less capable actors, it might not have worked, but Hardwick has done an excellent job making you invest in them, and Cox and Bosworth are so good that they make the twist work pretty effortlessly.

In the end, Prisoner’s Daughter is a small film that likely will be seen by a wider audience when it hits streaming – which isn’t a bad place for it. It’s a pleasant character-driven drama that’s nowhere near as grim as the premise might suggest. It’s a solid family movie (if you don’t mind Cox dropping a lot of F-bombs) with a nicely redemptive message at its heart. 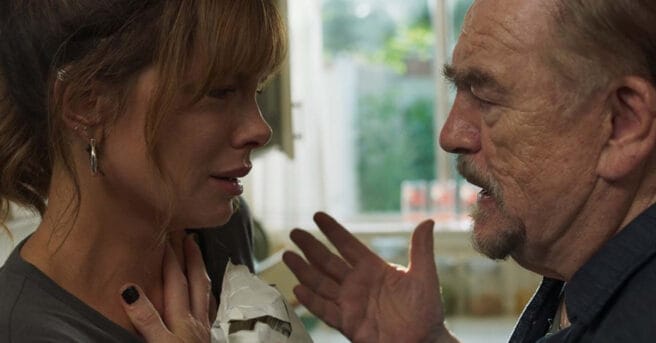