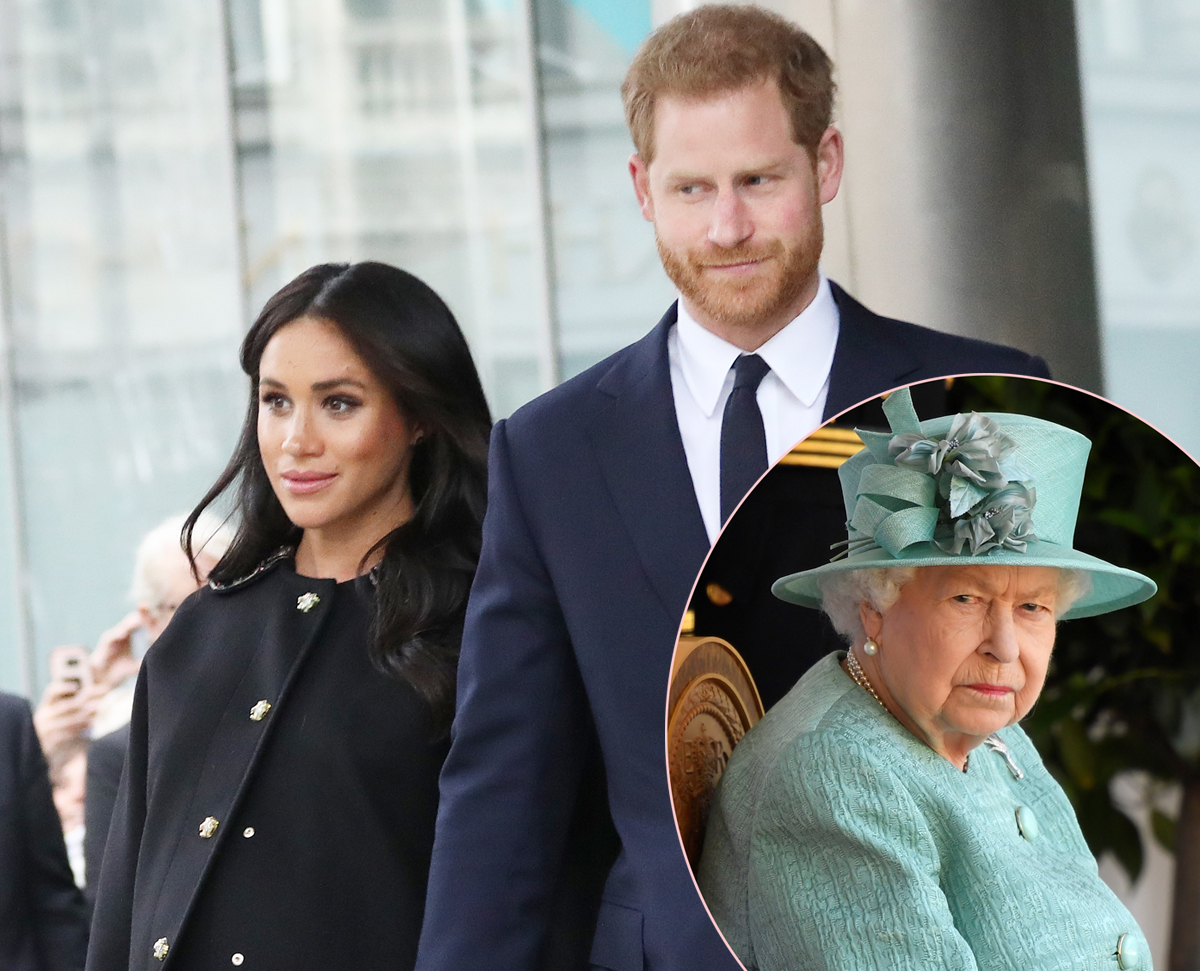 While the royal family has put their strained relationship with Prince Harry and Meghan Markle to the side after Queen Elizabeth II‘s passing, it turns out they disinvited the pair from an upcoming reception — and forgot to tell them about it before the news made headlines! Wow…

King Charles II and Queen Consort Camilla are hosting a pre-funeral reception for world leaders and members of the royal family at Buckingham Palace on Sunday night. President Joe Biden, French president Emmanual Macron, and Canadian prime minister Justin Trudeau are among the hundreds of heads of state who will be stopping by at the event. Guests will also be greeted by Prince William, Princess Catherine AKA Kate Middleton, Princess Anne, Prince Edward, and Sophie, Countess of Wessex. But two people who won’t be attending… anymore? Meghan and Harry.

According to a new report from The Telegraph on Friday, the Duke and Duchess of Sussex were dropped from the guest list after they were already invited earlier this week. They apparently were informed that the event was only for working members of the royal family, with royal aides insisting they are not expected to show up. While the publication claims Meghan and Harry seemed “baffled” by the mix-up, sources told Page Six on Saturday that they did not learn about being “uninvited” from the event until the reports came out! A palace insider spilled:

“Harry and Meghan actually got the invitation and no-one has actually told them they are uninvited.”

“I’m told they only found out they were uninvited by reading press reports.”

This news may come as a surprise to some, considering the family has seemingly put on a united front as they mourn the loss of Queen Elizabeth. Meghan and Harry stepped down from their royal duties to move to California and aired the behind-the-scenes drama of the institution, creating a huge rift between the 38-year-old and the family. Despite the tension between everyone, they all seemed to put aside their differences following the Queen’s death. Meghan and Harry were even seen with Prince William and Princess Catherine as they viewed tributes left for Her Majesty outside of Windsor Castle. This was a huge milestone as the group hasn’t been seen together since 2020.

While the Prince of Wales invited his brother to see the memorial, a source previously told Us Weekly it “wasn’t an easy decision” for him to do so, but he ultimately thought this was something the Queen would have wanted for the two siblings:

“​​In the end, [William] elected to [invite them] because it was agreed amongst all of them that this very much the appropriate thing to do.”

They’ve all continued to leave their issues at the door over the past week, with Harry and William even standing side-by-side during the procession to transport the monarch’s casket from Buckingham Palace to Westminster Hall.

Perhaps this latest invite snub was just a case of some miscommunication? What do YOU think, Perezcious readers? Let us know in the comments (below)!