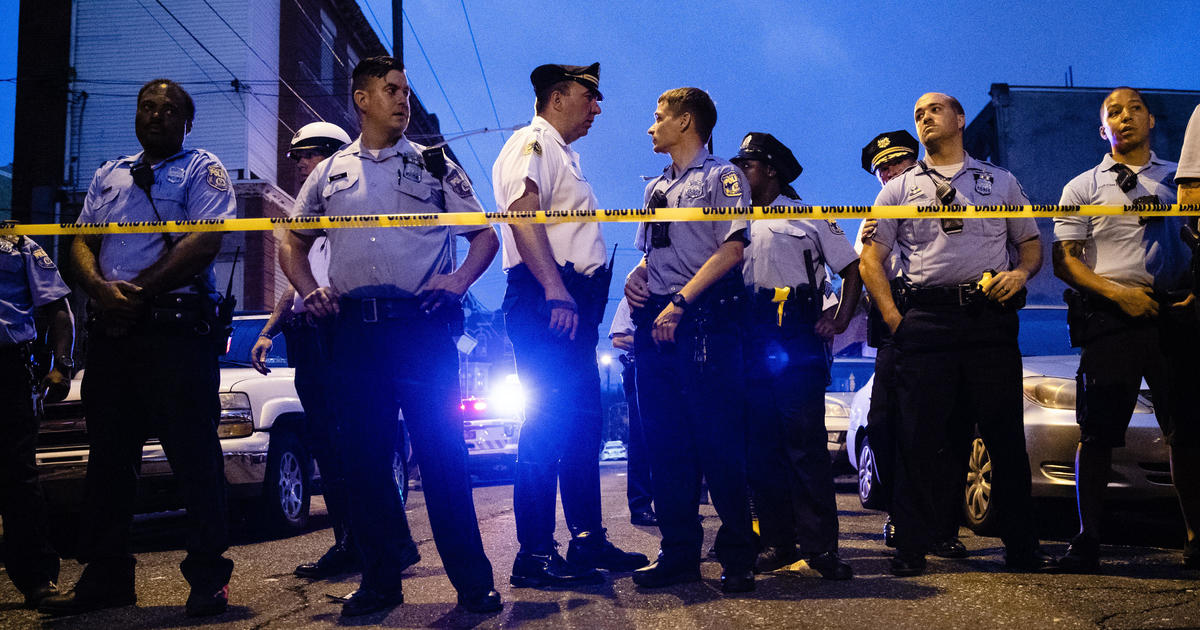 PHILADELPHIA (CBS) –  Philadelphia police officers will begin working longer shifts through the weekend. Beginning Friday, they’ll be on the clock for 12 hours instead of 8.

The violence of last weekend is the reason for the change. Top police officials are reminding city leaders they need more boots on the ground to cover trouble spots.

Everyone agrees that there needs to be more officers patrolling. Last weekend, there were eight homicides and 27 shooting victims.

The Philadelphia Police Department is taking a new approach hoping we don’t see that again.

With crime up across the City of Philadelphia and staffing low in the police department, Officer Caitlyn McNesby is answering the call.

She’s one of 72 new graduates joining the police force.

“I know it’s tough right now, but I’m just not going to let that bring me down. Stay positive, and I’m ready to get out there and do it,” Caitlyn said.

Hugging her father, the President of the Police Union John McNesby, Caitlyn says she is ready to make a difference.

And right now, homicides in the city are on track to surpass last year which was the deadliest on record.

“We can’t even go outside without having to worry about our safety and somebody getting killed,” resident Aaliyah Comria said.

This weekend, officers will be working longer shifts. On Friday, Saturday and Sunday, officers on patrol will work 12 hours instead of the normal 8.

“I’m ok with it this weekend. We still got a lot going on, but if it’s an everyday thing we’re going to have to address it. We’re not going to be in favor of constant 12-hour shifts, but the officers are getting their days off,” John McNesby said.

By extending hours, the department says more officers will be able to help cover problem areas around the city and other strategies are also in the works to cover more neighborhoods.

“I think it’s much needed. More police on the streets, maybe it can help mitigate some of that crime,” Robert Williams said.

The FOP President says he believes extending hours is a one-time thing, but that’s still unclear. He says the union will re-evaluate if needed.

“I think with the support of the city administration we can get this under control, they just have to let us do it,” McNesby said.

Ryan Hughes joined CBS3 Eyewitness News in June 2022. He previously worked at WPTV in West Palm Beach, Florida, where he’s covered stories ranging from weeks on the Surfside condo collapse, to the impact of Hurricane Dorian in the Bahamas, and the Super Bowl in Miami.