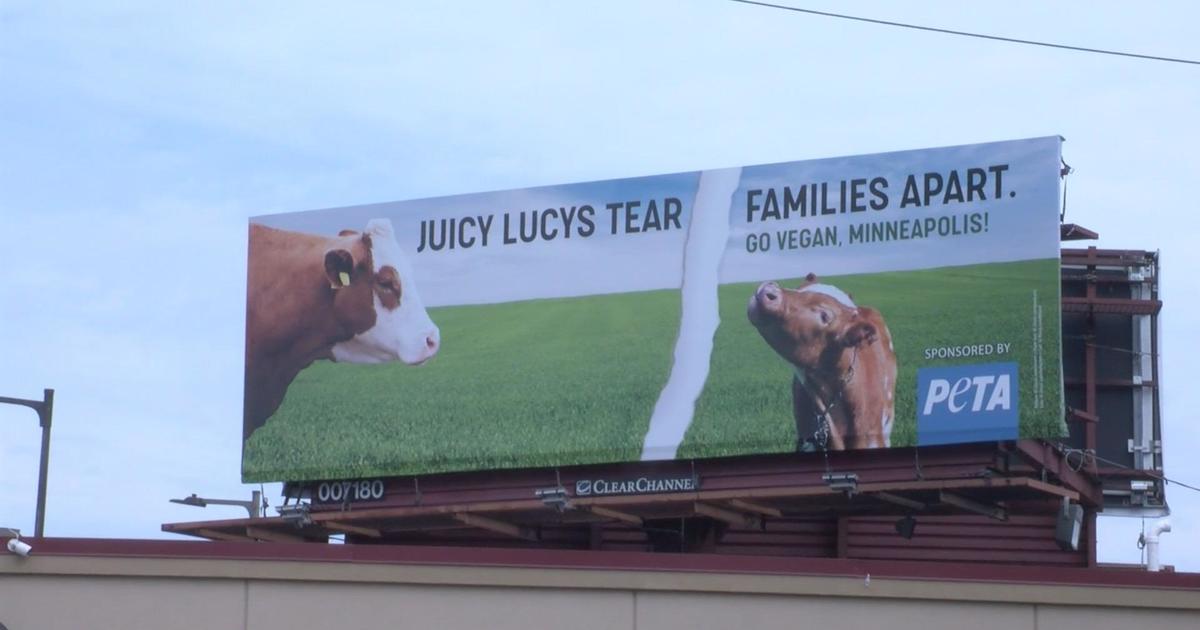 “It’s a little bit of mudslinging I’d say, a low down place to put it,” said Alex Ranta, who noticed the sign after having a burger for lunch at Ray J’s. “People choose what they choose to eat, regardless of the signage.”

“It’s funny, it’s clever, it’s pointed because they sell it there, that’s why it’s there,” Anshus said. “I think this is a busy, busy corner and it will make people look at it and at least think.”

People for the Ethical Treatment of Animals’ president says the goal of this billboard is to encourage people to go vegan.

“The bond between a mother cow and her calf is so strong that both cry out for days after they’ve been callously separated to be used by the meat and dairy industries. PETA urges everyone to remember the cruelty that’s baked into these burgers and instead choose one of the delicious vegan options currently on the market.”

While Ray J’s is known for their burgers and wings, they do offer vegetarian options including a veggie burger and cauliflower-substituted wings.

“I think that we need more vegetarian options, we need all cheat meat and all that kind of stuff, but we definitely need to think where we’re getting our food and what we’re consuming,” said Anshus.

PETA claims it also put the billboard up near Matt’s Bar and Grill, and other spots serving Juicy Lucys, but WCCO-TV’s Marielle Mohs and photographer Tom Aviles couldn’t find them driving around on Friday.

WCCO reached out to Ray J’s for comment, and they declined.

Marielle Mohs is thrilled to be telling stories in her home state of Minnesota. She grew up in Eden Prairie and South Minneapolis.