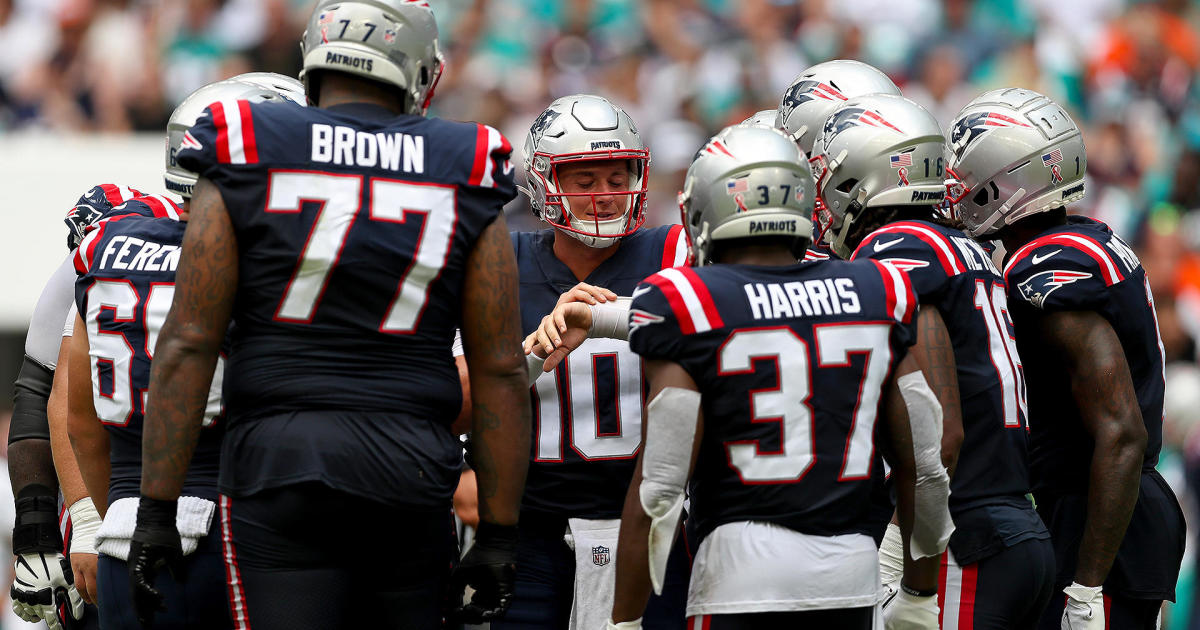 FOXBORO — The Patriots could really use a win after a disappointing start to the season last weekend in Miami. Will they get that victory in Pittsburgh on Sunday?

The Patriots are actually road favorites for their Week 2 tilt against the Steelers, so the folks in Vegas don’t believe New England is that bad. And while the WBZ-TV/CBS Boston sports team was rather pessimistic about last week’s game against the Dolphins, the group is pretty optimistic about the Patriots’ chances this weekend.

Check out a round of fairly positive predictions heading into Sunday’s Patriots-Steelers game.

The Patriots should bounce back with a win in Pittsburgh. Look for the offense to finish drives; that has been their emphasis this week.

The Patriots defense played well in Miami, look for them to rattle Steelers QB Mitch Trubisky and for the secondary to come up with some picks.

Week 1 to Week 2 is usually crazy. Teams that look great on opening weekend can reverse course in their second week.

Even though the Patriots continue to evolve on offense, I think their defense will carry them in Pittsburgh. The offense will do enough.

Everything seems bad with the Patriots right now, but let’s get weird. Crazy things happen in sports all the time, so let’s pick the upset-that’s-somehow-not-a-Vegas-upset.

The Steelers’ pass defense is ferocious, and the Patriots tailor their game plan to their opponent, so expect a lot of leaning on Damien Harris and Rhamondre Stevenson to carry the load in what’s going to be a low-scoring affair. Nick Folk will kick four field goals, Mitch Trubisky will throw three picks, and the weirdness of the 2022 NFL season will live on for another week.

If the Patriots don’t turn the football over and give the Steelers free points, I like their chances this weekend. The defense really wasn’t that bad last week, and they should be able to force Mitch Trubisky into a handful of mistakes on Sunday.

The New England offensive line needs to protect Mac, which will be no easy task against what will likely be a blitz-happy Pittsburgh defense. Even without TJ Watt, the Steelers’ D is pretty scary and the Patriots will have to win in the trenches.

Expect a lot of Harris and Stevenson, and maybe we’ll get to see Jones connect with Kendrick Bourne on a few long ones again.

Tune in to Patriots-Steelers Sunday afternoon on WBZ-TV — your television home of the New England Patriots! Coverage continues Friday with Patriots All Access at 7 p.m. on WBZ-TV. Sunday’s coverage kicks off at 11:30 a.m. with Patriots GameDay, the Pats and the Steelers get underway at 1 p.m., and after the game tune in to Patriots 5th Quarter over on TV38!

The CBS Boston team is a group of experienced journalists who bring you the content on CBSBoston.com.