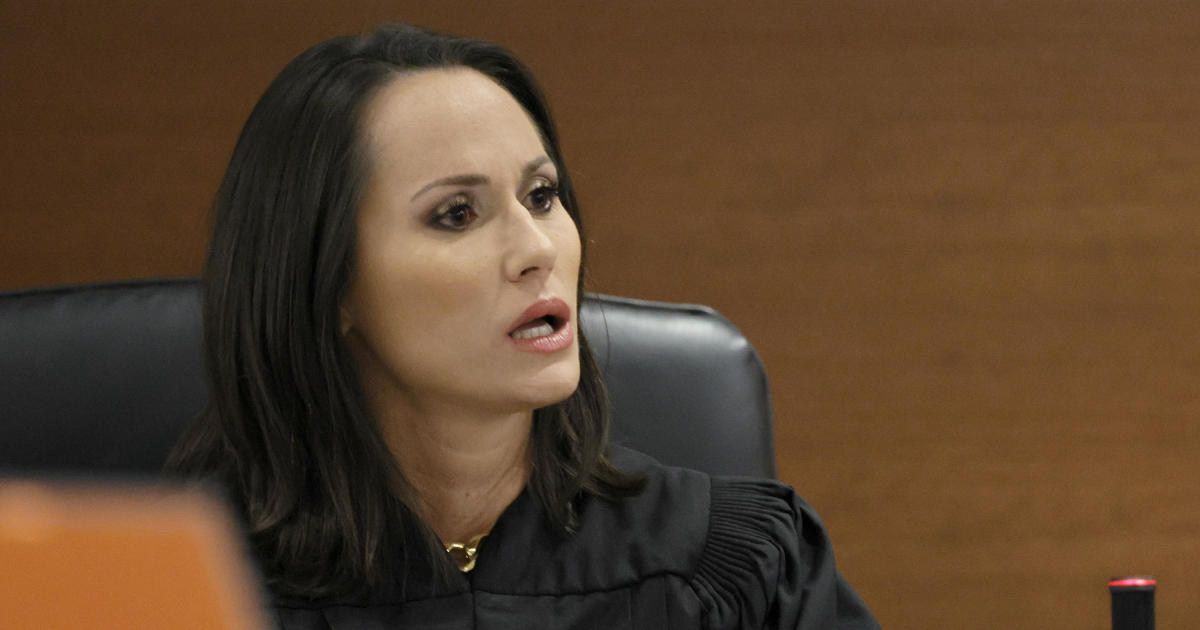 The attorneys representing the Parkland school shooter filed a motion Friday asking for the judge overseeing his sentencing trial to be replaced. The motion comes after the judge and the defense attorneys had an unusually heated exchange on Wednesday, in which the judge accused the attorneys of a lack of professionalism.

The motion alleges that Circuit Judge Elizabeth Scherer’s conduct during the Wednesday exchange revealed “long-held” animosity toward the defense counsel that has “infected” the proceedings and will prevent their client from getting a fair trial.

Defense attorneys had originally told the judge and prosecutors they would be calling 80 witnesses to defend Nikolas Cruz, who pleaded guilty last year to murdering 14 students and three staff members in a 2017 mass shooting at Marjory Stoneman Douglas High School in Florida.

But instead, they rested at the beginning of Wednesday’s court session after calling only about 25.

The sudden announcement by lead attorney Melisa McNeill led to the tense exchange between her and Scherer, who called the decision without warning to her or the prosecution “the most uncalled for, unprofessional way to try a case.”

Scherer also accused McNeill of insulting her “the entire trial so blatantly” by “taking your headphones off, arguing with me, storming out, coming late intentionally if you don’t like my rulings.”

“So, quite frankly, this has been long overdue,” she added.

In the Friday motion, defense lawyers said Scherer’s statements “have caused Mr. Cruz to reasonably fear that the court is prejudiced against his lawyers and him and that he will not receive a fair and impartial trial going forward.”

“The court has now revealed that its animosity toward lead defense counsel is long-held and has infected this entire trial,” the motion added, noting that he has accepted “numerous adverse rulings” while believing he was receiving a fair trial.

“However, now that the court has made clear that its feelings towards defense counsel are long-standing and pervasive, Mr. Cruz has a reasonable belief that the rulings of the court have been influenced by its adverse feelings, which do not go to the legal issue before the court,” the motion said.

The motion, which cites several other instances of alleged bias by Scherer, asks that she be removed from the proceedings and be replaced with a new judge.

The trial, now ending its second month, is only to determine whether Cruz is sentenced to death or life without parole.

His attorneys’ theme throughout their case has been to show how his birth mother’s alcohol abuse during pregnancy put him onto a lifelong path of erratic, bizarre and often violent behavior that culminated in the shootings. They also tried to show that his adoptive mother, Lynda Cruz, became overwhelmed after her husband died when he was 5 and never got him the proper treatment.

They are trying to overcome the prosecution’s case, which focused on his massacre as he stalked a three-story classroom building for seven minutes with an AR-15-style semiautomatic rifle. Lead prosecutor Mike Satz played security videos of the shooting and showed the rifle he used. Teachers and students testified about watching others die.

Satz showed graphic autopsy and crime scene photos and took jurors to the fenced-off building, which remains blood-stained and bullet-pocked. Parents and spouses gave tearful and angry statements about their loss.

Prosecutors said they will need more than a week to prepare their rebuttal case. The trial is tentatively scheduled to resume Sept. 27.