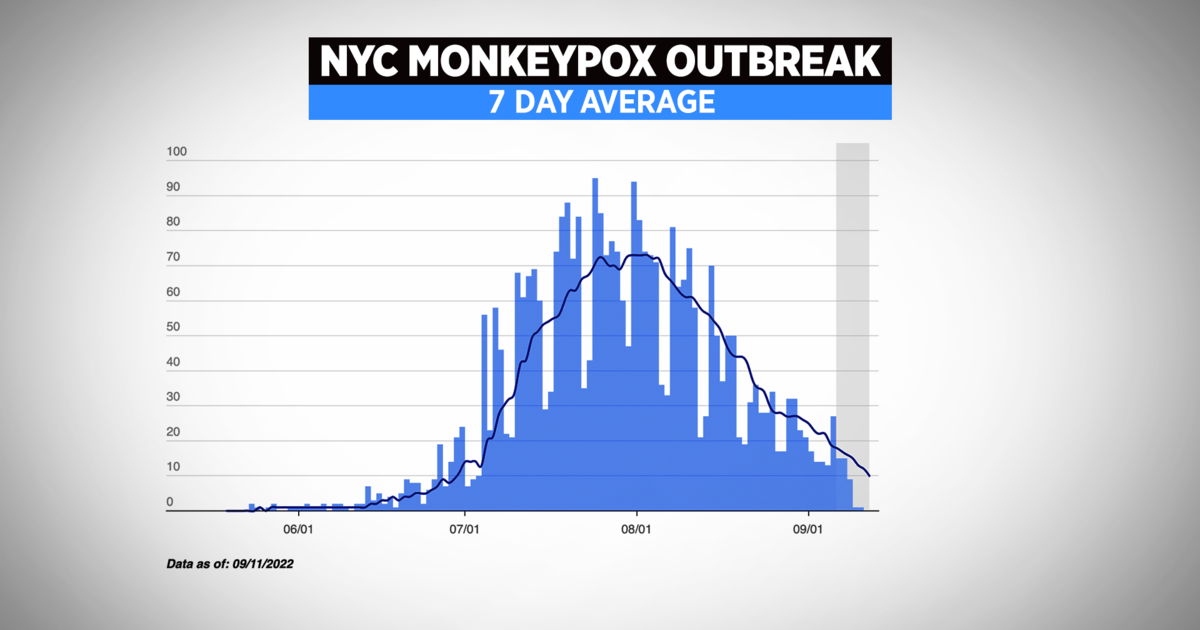 New York City is reporting a significant drop in daily reported monkeypox cases since the height of the outbreak — one on Sept. 12 compared to 95 on July 25.

“Beginning of September, we saw a drastic decrease in number of patients coming in,” she said.

Monkeypox in NYC: Identifying symptoms, prevention tips, how to get a vaccine and more

“The health department is attributing that to two things. One, modification of people’s behavior. People have been more careful about the number of sexual partners they’ve had. And also the distribution of the vaccines,” said Councilman Erik Bottcher.

Bottcher added, however, “Government at all levels mishandled this at the beginning. Most of the blame falls on the federal government for failing to order enough vaccines for the country and, therefore, for New York City.”

The city’s release of 50,000 appointments also includes second doses, open to those who received their first dose at least 28 days ago. Second doses were previously only available to those 10 weeks out from their first shot due to lack of vaccine supply.

People under 18 can also now receive a shot.

Though cases are down, outreach continues.

“Particularly to a number of areas in the Bronx. We’re increasing our social media outreach, public education. We’re going to be hosting events with partners, and so the work continues and only needs to grow to make sure that we don’t have the same racial disparity with MPV that we see with HIV and also saw with COVID-19,” said Jason Cianciotto, vice president of communications and policy for GMHC.

He says GMHC also started a mental health support group for those affected by monkeypox that meets twice a week. You can join even if you yourself haven’t been diagnosed.

Alice Gainer joined CBS2 as a reporter and anchor in January 2013. She covers breaking, feature and general assignment stories.