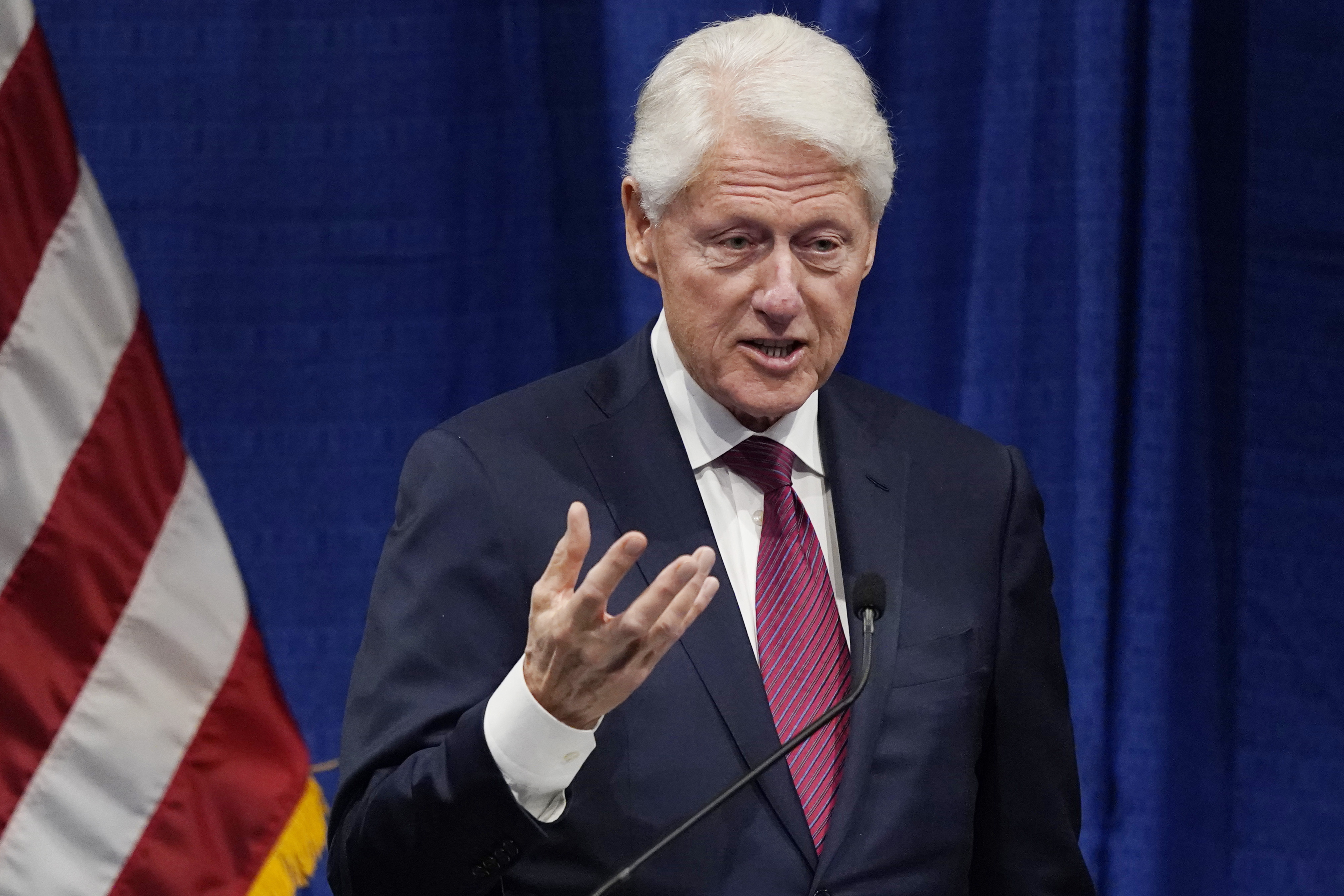 Clinton said Putin “made no secret of the fact that he thought the dissolution of the Soviet Union was a great tragedy.”

The former president said the U.S. and NATO never meant to threaten Russia and that the nations of Eastern Europe had a right to live in security after decades of being dominated by Russia.

“When I did what I did,” Clinton said, “I offered Russia not only a special partnership with NATO, but the prospect of eventual membership in NATO, arguing that our biggest security problems in the future were going to come from non-state actors, or from authoritarian states selling chemical, biological and nuclear capacity to terrorist groups. And that we should do this together.”

Clinton’s election in 1992 came in the aftermath of the end of the Cold War. The nations of Eastern Europe had thrown off decades of Communist dictatorship in 1989, and President Mikhail Gorbachev had dissolved the Soviet Union in 1991.

During Clinton’s presidency, the Czech Republic, Hungary and Poland joined NATO, followed in 2004 by Bulgaria, Estonia, Latvia, Lithuania, Romania, Slovakia and Slovenia. All of those nations had either been part of the Soviet Union or allies of the Soviet Union.

“You’re supposed to tell the Poles they should live the rest of eternity with insecurity that Russia won’t try to come after them again? Or the Hungarians or the, you know, all the others. The Baltic states. Really, after what they did, did they ever want to be in the Soviet Union? And the Czech Republic was the most democratic of all and the best-managed,” he told Zakaria.

The February invasion of Ukraine was met by strong resistance by Ukraine, which recently reconquered some of the territory it lost in the early weeks of the attack. It also led Finland and Sweden, two long-neutral neighbors of Russia, to ask to join NATO.