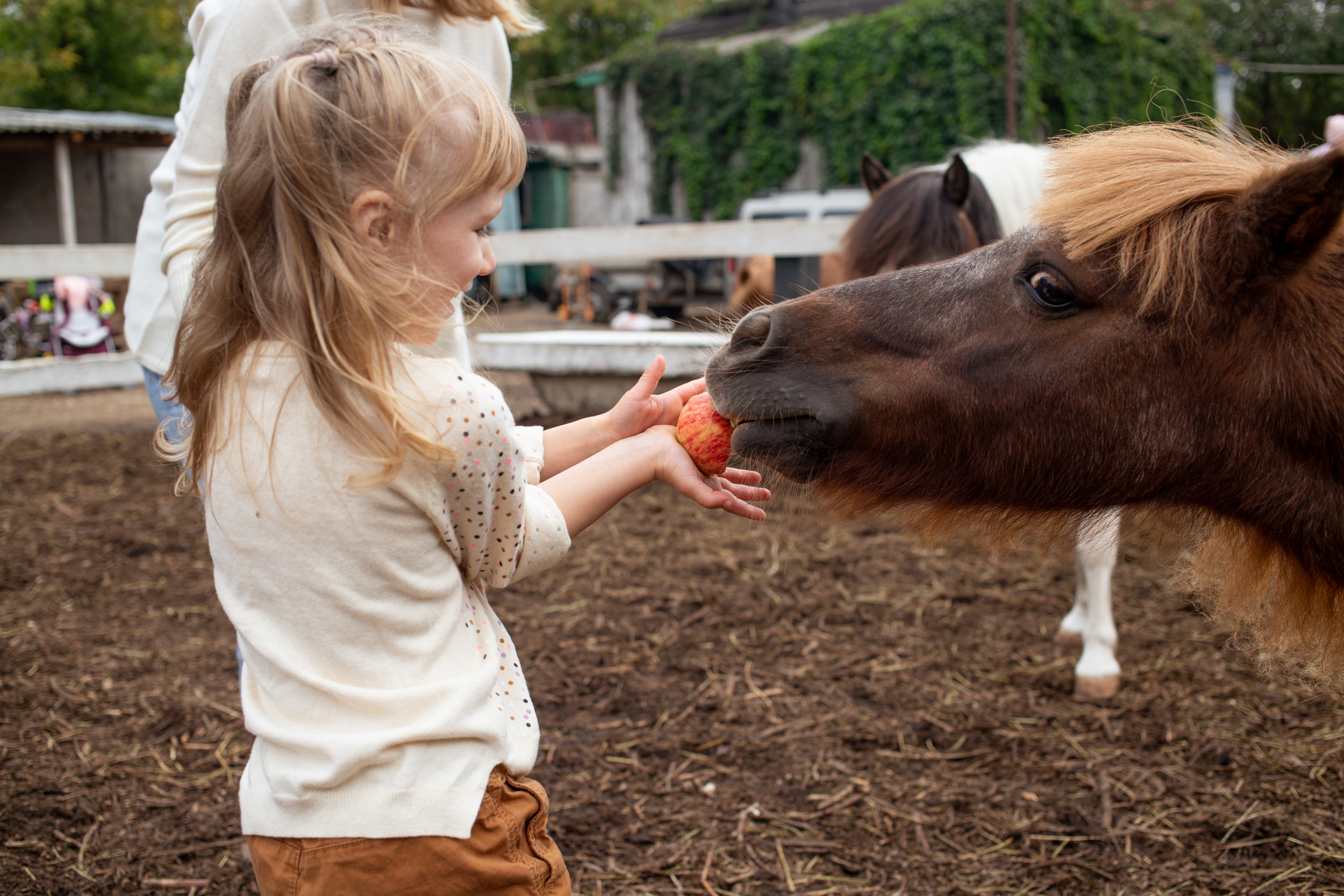 Members of a popular internet forum were left conflicted after one mother, who is afraid of horses, detailed her 4-year-old daughter’s secret horseback riding.

In a viral Reddit post published on r/AmITheA**hole, Redditor u/Melodic_Star1697 (otherwise referred to as the original poster, or OP) said her best friend, who happens to love horses, was babysitting her daughter but revealed how the 4-year-old’s day away from home quickly transformed into a major point of contention.

Titled, “[Am I the a**hole] for calling my friend irresponsible for what she did while babysitting my child?” the post has received more than 9,000 upvotes and 3,500 comments in the last day.

“I (F29) have a ‘phobia’ of horses,” OP began. “When I was around 8 years old, a horse attacked me unprovoked and nearly killed me.”

Continuing to explain that her best friend “Eliza” has routinely volunteered to babysit her daughter “Tanya,” OP said she recently attended a child-free wedding and knew her child was in good hands while she was away.

But after picking up her daughter from her best friend’s house, OP learned that her daughter spent the day around horses—much to her dismay.

“Tanya was telling me about how she ‘sat on a horsey.’ At first I thought Tanya was talking about a toy rocking horse, but then she told me about how she ‘fed the horsey some apples,'” OP wrote. “I called Eliza and asked if she had my daughter interact with her horses.

“At first Eliza denied everything…but when I said Tanya told me about it, [she] admitted she held Tanya whilst she was [sitting] on one of her horses, and let Tanya help feed one,” OP continued. “I told Eliza that what she did was irresponsible and that doing it behind my back was unacceptable.

“She said that I’m overreacting because of my phobia and said that [Tanya] was completely safe,” OP added. “I said I didn’t care and that she should think about what she did [but] my family thinks…that I’m projecting my phobia onto my daughter.”

Phobias, defined as “and uncontrollable, irrational, and lasting fear of a certain object, situation, or activity,” affect 19 million people within the U.S., according to Johns Hopkins Medicine.

But while the Cleveland Clinic reports that one in 10 adults, and one in five teenagers, suffer from one or more phobia, certain triggers are more prevalent than others.

Very Well Mind, an online resource for mental health information, reports that the 10 most common phobias in the U.S. are caused by dogs, snakes, spiders, heights, flying, germs, injections, thunderstorms, social interaction and being alone.

Although there is little data to indicate what percentage of the population suffers from equinophobia—the fear of horses—Very Well Mind also reports that family members of those battling specific phobias are more susceptible to develop those same fears themselves.

“Researchers have found that first-degree relatives of someone suffering from a phobia are approximately three times more likely to develop a phobia,” the Very Well Mind website reads.

Throughout the comment section of the viral Reddit post, some Redditors echoed this sentiment and accused OP of passing her fear of horses onto her daughter.

Other Redditors, however, sided with OP, slamming her best friend for bringing her daughter around horses without explicit permission and then lying about it.

“She took your child to an activity without discussing with you first,” Redditor u/Swegh_ wrote in the post’s top comment, which has received more than 14,000 upvotes. “That is the main issue here.

“There’s a level of trust that was broken here and it’s being blamed on OP’s phobia,” they continued. “She lied to you about what she did with your child. She broke your trust and doesn’t see the issue with her actions.”

“Projecting your phobia onto your child is one of the worst things you can do for your child,” they wrote. “Banning your daughter from horses isn’t helping anyone. Her learning how to be around them safely is beneficial.

“But lying to you was wrong,” they continued. “You need to be able to trust the person caring for your child, and she broke that trust.”

“Even if you had no phobia she should have asked you, the parent, [for] permission before being near any horse (or any large animal),” Redditor u/frogmuffins chimed in, receiving more than 2,000 upvotes.