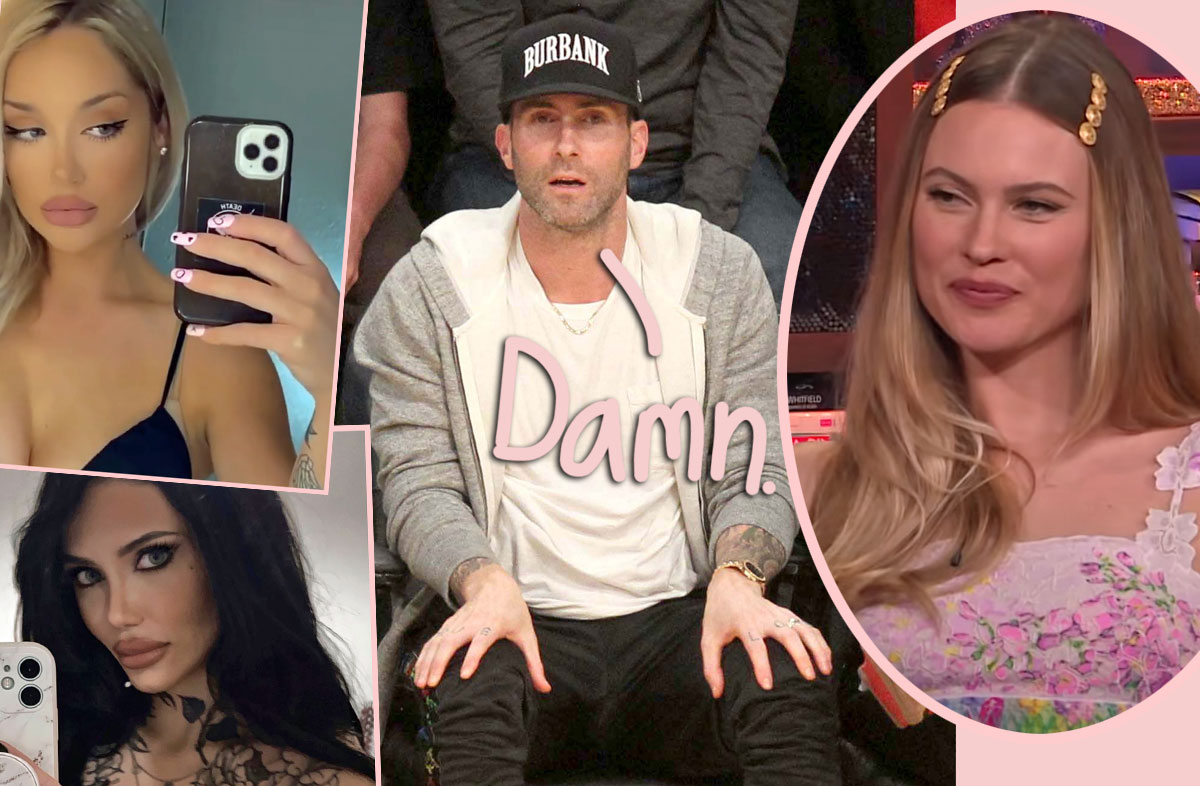 Adam Levine must be in misery today!

The Maroon 5 star started out Tuesday by trying to squash Instagram model Sumner Stroh’s claims they had an affair a few years ago. In his statement, he admitted to crossing the line — though insisted he’d only ever spoken to other women inappropriately and never had an actual affair. He argued in part:

“I used poor judgment in speaking with anyone other than my wife in ANY kind of flirtatious manner. I did not have an affair, nevertheless, I crossed the line during a regrettable period in my life. In certain instances it became inappropriate; I have addressed that and taken proactive steps to remedy this with my family.”

He might be taking accountability now, at least kinda, but this comes after he REALLY got around! Or so all these women say!

Now several new people are coming out to accuse Adam of sliding into their DMs amid his long-standing marriage to wife Behati Prinsloo. Comedian Maryka posted a screenshot of a DM exchange she shared with the singer. It’s unclear when the texts were sent, but they are definitely noteworthy! At one point, the 43-year-old literally told Maryka:

“Distract yourself by f**king with me!”

It’s unclear what the context of the video was. Either way, it shows they had an inneresting relationship — and one we don’t think any wife would approve of. Check it out (below)!

Over on TikTok, Alyson Rosef dropped another bombshell when she revealed a series of DMs she also shared with the star last year. And these ones are even more incriminating! Unfortunately, within minutes of posting three separate TikToks on the matter, she deleted them all. In one screengrab, Adam told the blonde:

As she went on to discuss her love of metal music, he allegedly replied:

“Said no hot chicks ever other than you.”

Whooa! He has no shame! (And he’s also just wrong!)

To prove Adam was really the one behind the verified account, she also included a screen recording of a time when she sent the musician a video of her tattoo and he replied with a lengthy audio clip about why she should check out tattoo artist Bryan Randolph. It 100% sounded like him, FYI!  In a message seen in the same video, the performer suggested they delete their text “thread” to “start fresh” the next day because he was “paranoid.” Maybe that was his plan to keep these exchanges a secret? Obviously didn’t work!

Alongside another picture, Alyson explained why she is suddenly revealing her side of the alleged scandal when their messages were sent last year, sharing:

“I have a lot more that was said that was not appropriate, but I just didn’t feel comfortable posting everything, and I never wanted to post any of this. Just like that other girl said, like, the only way this would ever come out is if somebody ever posted it. A lot of my friends knew and they were shocked. But I’m really happy and I have a really great life now, so you know if any other girls have experienced this with him — which I’m sure they have — I just think they should post it because I feel really bad for his wife and nobody deserves it.”

You can see some of her evidence before it was deleted (below).

We have a feeling she’s going to face some of the same backlash as Sumner! It’s not like she had to engage in his convos or post all of this… but we’re not complaining! The tea is being spilled left and right! Honestly, we’re still shocked none of this made headlines until now. How’d he manage to keep it so secret for so long?! Whew. Reactions?