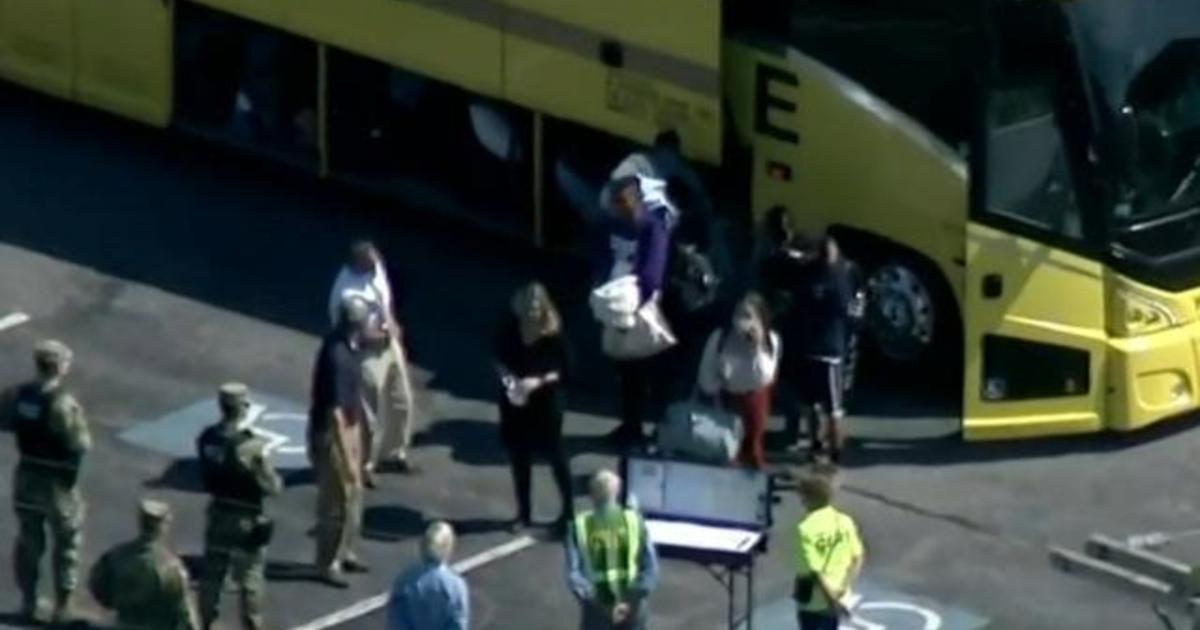 Friday, the governor reaffirmed his position and planned to continue these efforts.

“All we’re trying to do is offer transport to sanctuary jurisdictions free to the alien, but certainly not mandatory,” said Gov. DeSantis.

DeSantis said he expects more flights to transport undocumented immigrants to out-of-state “sanctuary” communities, as questions continued to swirl about a pair of flights Wednesday that sent about 50 people from Texas to Martha’s Vineyard in Massachusetts.

On Friday, Gov. Ron DeSantis took credit for the transport.

“Here we are doing it voluntarily,” said DeSantis. “They sign a release.”

With support from other Republicans, DeSantis framed the controversial flights as a protest against the Biden administration’s handling of the Mexico border and as protecting Floridians from people transporting drugs into the United States.

Florida lawmakers put money in the state budget this year for DeSantis to transport undocumented immigrants.

“There’s also going to be buses, and there will likely be more flights,” DeSantis said Friday afternoon during an appearance at Embry-Riddle Aeronautical University in Daytona Beach.

“But I’ll tell you this, the Legislature gave me $12 million. We’re going to spend every penny of that to make sure that we’re protecting the people of the state of Florida.”

“Told they would be headed to Boston, misled about what they would be provided when they arrived,” said Press Secretary Karine Jean-Pierre, “promised shelter, refuge benefits and more.

“These are the kinds of tactics we see from smugglers in places like Mexico and Guatemala.”

Massachusetts Senate President Karen Spilka described the flights as “tantamount to a form of human trafficking for pure political games,” according to the State House News Service.

“We are looking into that case, and we’ll be speaking with members of the Department of Justice,” Rollins told reporters Thursday, noting that Republican governors in Texas and Arizona have bused migrants to other places in the United States.

“We have several other sister communities, whether it’s D.C., New York, California, where we’ve seen things like this. And we’re hoping to get some input from the Department of Justice about what our next steps might be, if any at all,” she said.

Massachusetts immigration attorney Rachel Self told reporters Thursday that the U.S. Department of Homeland Security helped process paperwork for the migrants before they got on the flights to Massachusetts.

Self contended that agents falsified addresses on the migrants’ paperwork and listed homeless shelters throughout the country as their residences, including one migrant who was sent to Martha’s Vineyard with an address listed as a homeless shelter in Tacoma, Wash.

The migrants were also given incorrect information about which federal agency to report to after they arrived in Massachusetts, which could lead to their removal from the country, according to Self.

“It is clear that this was an intentional attempt to ensure that these migrants were removed in absentia when they failed to change their address with a proper agency. This was a purposeful derailment designed to prevent people from complying with federal immigration policies,” Self told reporters Thursday. “It is sickeningly cruel.”

DeSantis called the process employed in the flights “voluntary.”

DeSantis rejected as “false” reports that the migrants, who were moved Friday from Martha’s Vineyard to a military base on Cape Cod, were lured onto the flights in Texas with promises of housing and jobs.

“The folks that are contracted, not only did they give them a release form to sign, they actually gave them a packet. And in that packet included a map of Martha’s Vineyard,” DeSantis said. “So, it was obvious that that’s where they were going.”

One of the planes then stopped in Charlotte, N.C., and the other stopped in Spartanburg, S.C.

They then went to Martha’s Vineyard.

DeSantis’ office has not released full details of the flights, and questions continue about issues such as using Florida money to relocate migrants who had been in Texas.

State records show that the Florida Department of Transportation on Sept. 8 made a $615,000 payment to Oregon-based Vertol Systems Co. Inc., which has an operation in Destin, for “relocation of unauthorized aliens.”

Vertol Systems hung up on CBS4 when we called for a comment about the payment and their role.

It stipulates no government entity can execute a contract with a common carrier or contracted carrier if they willfully are “…transporting a person into the State of Florida knowing that the person is an unauthorized alien, except to facilitate the detention, removal, or departure of the person from this state or the United States.”

The state budget allocated $12 million to a program to “transport unauthorized aliens from this state.”

But the relocated migrants were in Texas before boarding a plane to begin the journey.

“Most of them are intending to come to Florida,” added DeSantis. “They are coming to Florida. We’re taking them from Florida to sanctuary jurisdictions.”

“Our view is you have to deal with it at the source,” said DeSantis. “What we’re trying to do is profile, ok, who is trying to come to Florida.”

CBS4 contacted FDOT for comment, but they have yet to respond.

CBS4 has not seen the contract the state signed relating to the transport.

The Texas governor’s office said on Thursday they were not involved in the relocation efforts.

However, they thanked Gov. Ron DeSantis for the help.

Joe Gorchow joins CBS4 News as a seasoned reporter and anchor with extensive live and breaking news experience. Joe’s competitive nature and passion for connecting with the community blend perfectly into his role at WFOR. He strives to provide the coverage our viewers deserve.