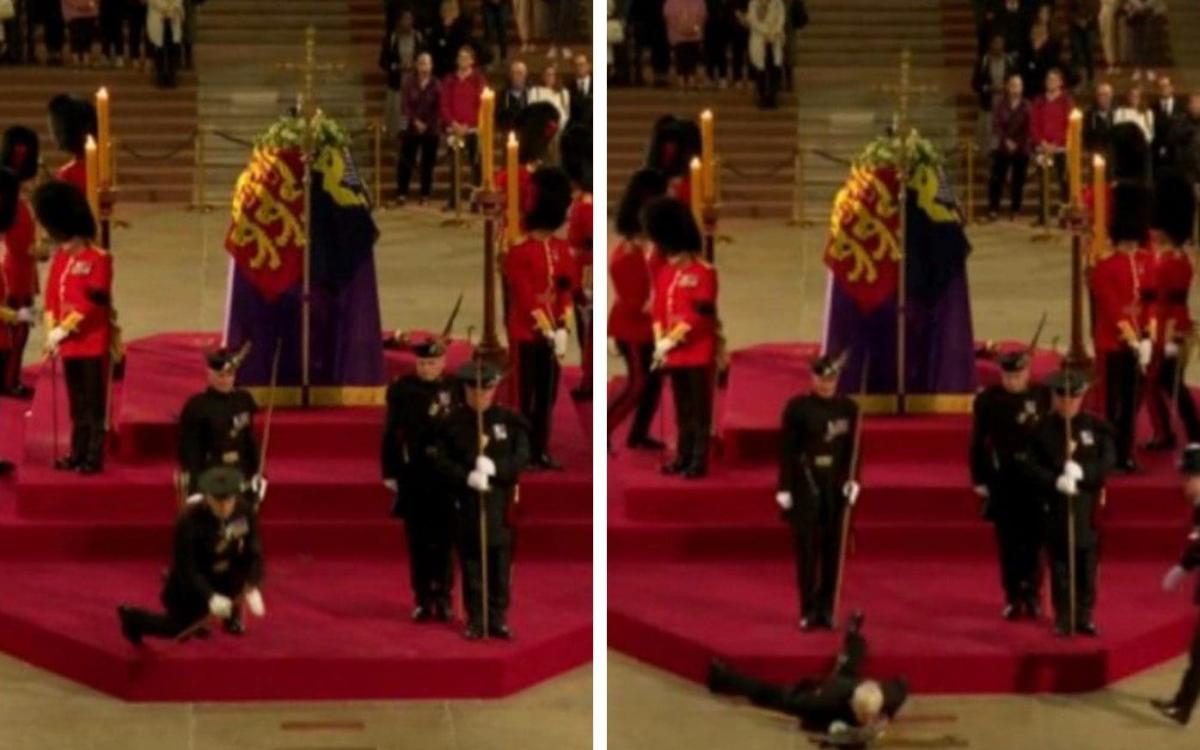 The BBC on Thursday suspended its live stream of the Queen’s lying in state in Westminster Hall after a guard appeared to faint and fall as he watched over her coffin.

The footage, shared on social media, shows the uniformed guard stumble to his right twice, before regaining his balance.

Moments later, the guard falls forward from the red podium onto the floor, after which a number of officials and police officers rush to his aid.

Whether the guard suffered any injuries is unknown at this stage.

The BBC briefly cut its live stream of the lying in state following the incident about 12.30am and viewers took to social media to express their shock and concern.

“I hope the guard is OK. You can hurt yourself when you faint,” one person said on Twitter.

“Horrible incident just happened on the live stream of Her Majesty laying in rest, with a guard seeming to faint and fall straight forward and hit his head… I hope he’s well as it looked a very painful fall,” another person said.

Queen Elizabeth II’s lying in state opened to the public at 5pm on Wednesday, with hundreds of thousands of people expected to solemnly file past to pay their respects until September 19, the day of the funeral.

Westminster Hall is open 24 hours a day until Monday morning, with guards holding their positions for hours at time.

The Queen’s coffin is raised on a catafalque and each corner is guarded around the clock by a vigil of units from the Sovereign’s Bodyguard, the Household Division or Yeoman Warders of the Tower of London.

Officials expect as many as 750,000 people will view the late Queen’s coffin before the lying in state ends at 6.30am on Monday.