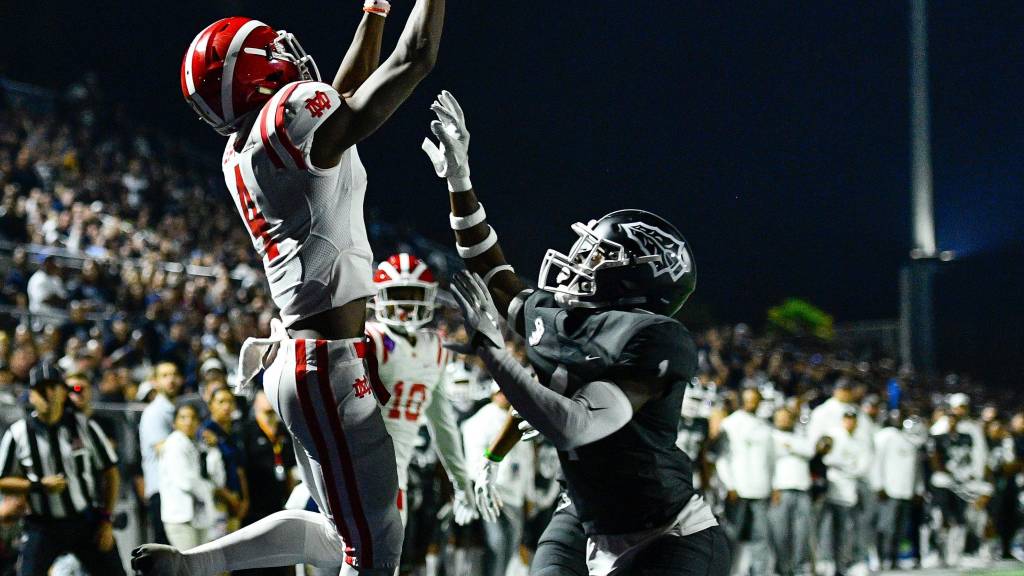 Well, so much for that idea.

The top two high school football teams in the country might have played at the home of the LA Rams and LA Chargers later this season. However, one school has put the kibosh on the whole enterprise.

According to Eric Sondheimer at the Los Angeles Times, Mater Dei (Santa Ana) has decided not to play their matchup against St. John Bosco (Bellflower) at SoFi, though their opponents were willing.

Obviously, playing in an NFL stadium would have offered a much larger audience than these teams are normally accustomed to. SoFi Stadium has a capacity of 70,000 people and can get up to 100,000 for special events.

Odds are the Monarchs didn’t want to give up any advantage they might get from playing on their home field. So instead of playing on the big stage in Inglewood, they’ll host the Braves in Santa Ana on Friday, Oct. 7.

Jack Inglis of Southern Lehigh (Pa.) with an early favorite for Catch of the Year