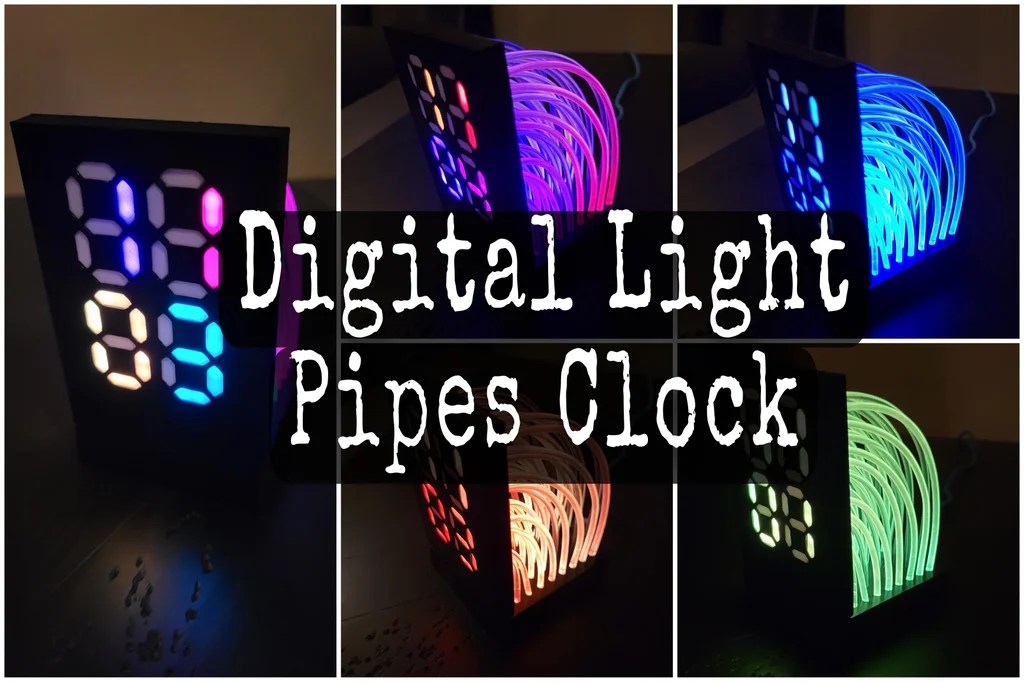 For most hackers and makers, building a clock is a rite of passage. Few, though, will be as unusual and engaging as this design by [TerraG2].

By combining addressable LEDs, light pipes and 7-segment displays, [TerraG2] has built a timepiece that looks great and will surely be a great conversation starter as well. It’s packed full of features such as automatic brightness control, an accelerometer controlled user interface, and WiFi to make sure it’s always accurate.

The decision to leave the light pipes visible behind the main display really makes the project stand out from other clock builds, and the methods [TerraG2] has used to achieve this look will no doubt be transferable to a host of other projects.

The LEDs are courtesy of a standard 8×8 RGB matrix, with a custom 3D-printed shroud to hold the light pipes in place and a clever connector at the other end to illuminate the segments. With two LEDs per segment, seven segments per digit, and four digits, there’s even room for some extra features down the line if you can think of a use for those eight spare LEDs.

The brain of the project is an ESP8266 D1 with an MPU6050 inertial measurement unit (IMU) to detect when it’s flipped over to change the color scheme.

Full documentation is on Github, and a video of the clock in use is after the break.

Light pipes have been used to great effect in some other clock projects we’ve seen, such as this modern Nixie clock and this “clock of clocks”, as well as in this light organ that we showed recently.