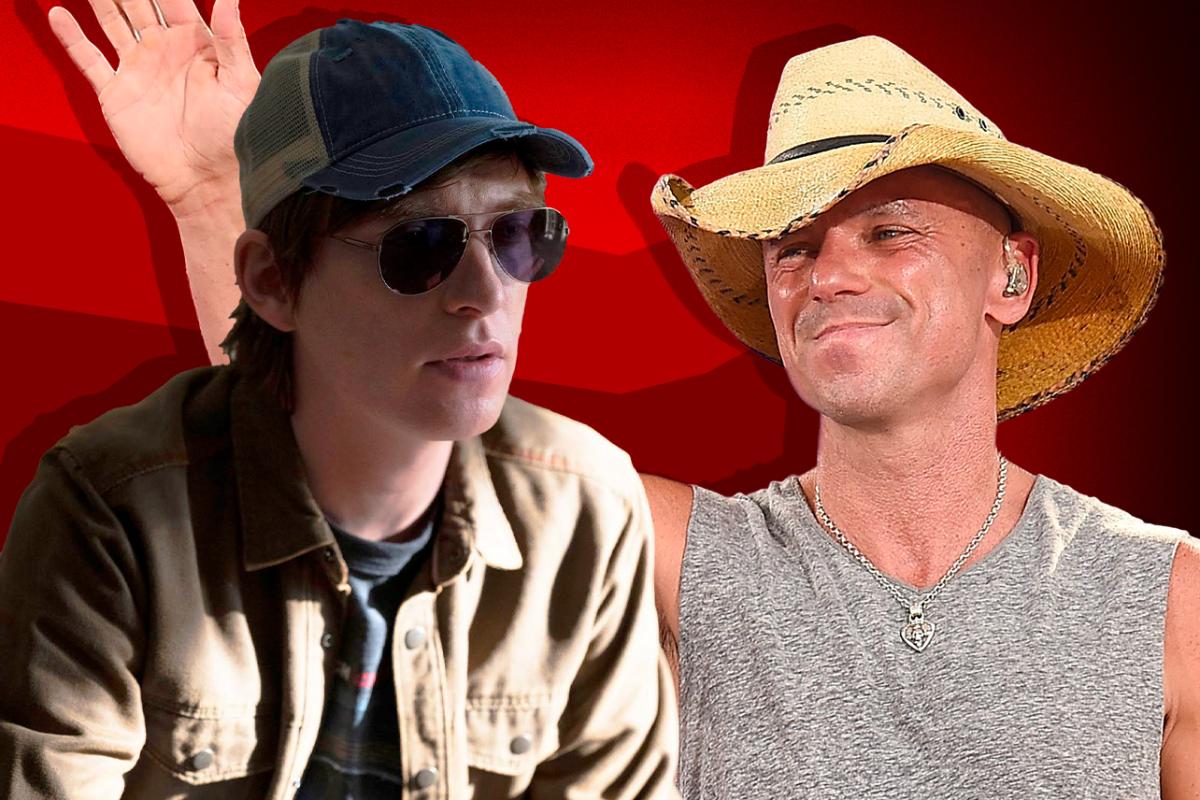 Warning: Spoilers for The Patient Episode 4 ahead.

I don’t think a single person had “psychological thriller about a serial killer who’s obsessed with Kenny Chesney” on their 2022 TV bingo cards, yet FX delivered that — and so much more — with The Patient.

The intense FX series, exclusively streaming on Hulu, stars Steve Carell as therapist Alan Strauss and Domhnall Gleeson as his serial killer patient Sam Fortner. When Sam kidnaps Alan and chains him to his basement floor, Alan is forced to provide in-home therapy to try to stop Sam’s murderous urges. As Sam opens up, Alan learns that in addition to being a killer, Sam is a hardcore foodie, a Ben Affleck level Dunkin’ fan, and a proud lover of country singer Kenny Chesney.

The Patient‘s first three episodes feature the country singer’s music and give viewers a taste of Sam’s fondness for him, but Episode 4, “Company,” shows just how deep the love runs. After telling Alan he used to be married, Sam reveals that one of his favorite things about marriage was when his wife accompanied him to two Kenny Chesney concerts. Alan asks how the concerts were, and with a straight face and a delightful dose of The Patient‘s unexpected humor, Sam says, “That’s not a question you need to ask. Ever. Because they’re always awesome.”

Sam goes on to say although his wife wasn’t “a full member of No Shoes Nation,” Chesney’s official fan club that absolutely exists IRL, he’s been to 27 concerts. He says Chesney’s fandom is “a community and a lifestyle [where] everyone’s happy, and the central idea of No Shoes Nation is love.” At this point in The Patient, the fact that this serial killer idolizes real-life country singer Kenny Chesney truly starts to sink in. “What would Mr. Chesney think about this show?” you’ll ask yourself. Welp, Chesney’s team not only approved the inclusion of his music, he was “incredibly generous and supportive” of the show’s request.

At the 2022 Summer TCA panel, The Patient‘s creators Joe Weisberg and Joel Fields, along with director Chris Long, were asked why they chose Chesney as Sam’s preferred artist and what it was like trying to get the rights to his music for their dark show.

“I think the great appeal of Kenny Chesney was, as you sort of see it come out in some of the later episodes, that he wasn’t just a great country artist, but he also had this No Shoes Nation,” Weisberg said. “So you could sort of see how Sam might be sort of a fan and follower of that in a way that, as Alan says, sort of gives him an alternate social world. And Kenny Chesney’s world of that is just more real and built out than almost any other artist we could think of.”

When it came to securing the rights for Chesney’s music, which is featured at various points throughout the series, Fields said [Chesney] “was incredibly generous and supportive.”

“Obviously, it went to his people to examine the material, and it came back as a yes. And they were incredibly supportive,” Long added.

Later in Episode 4, we see Alan counsel Sam on the phone and try to calm him down by encouraging him to attend a Kenny Chesney concert. “He’s in fucking California right now! I’m not going going to California! I have tickets for Chicago and Kansas City,” an annoyed Sam replies, showcasing once again how essential Chesney’s presence is to the show. Blasting a Chesney song or bantering about No Shoes Nation allows the writers to establish a balance between stressful, serious moments — which make up the majority of the series — and lighthearted notes that inspire some much-needed laughs. Ultimately, the team has Chesney to thank for the iconic collab.

“I have to say, just as a general matter, something that is great about making these shows is the collaboration. But there’s something where whenever you acquire music, you know it’s going up the chain to the artist, but you’re in this kind of communication where you’re never in direct communication,” Fields explained during the panel. “So I think we always feel like there’s this creative connection and this creative collaboration, and yet it’s the one person you never really talk to. So Kenny Chesney, if you’re out there, thank you for being part of the show with us. Joe was a fan before, and now I’m a lifelong fan, thanks to the process. It’s great music.”

New episodes of The Patient stream on Hulu, Tuesdays at 3am ET/12am PT.