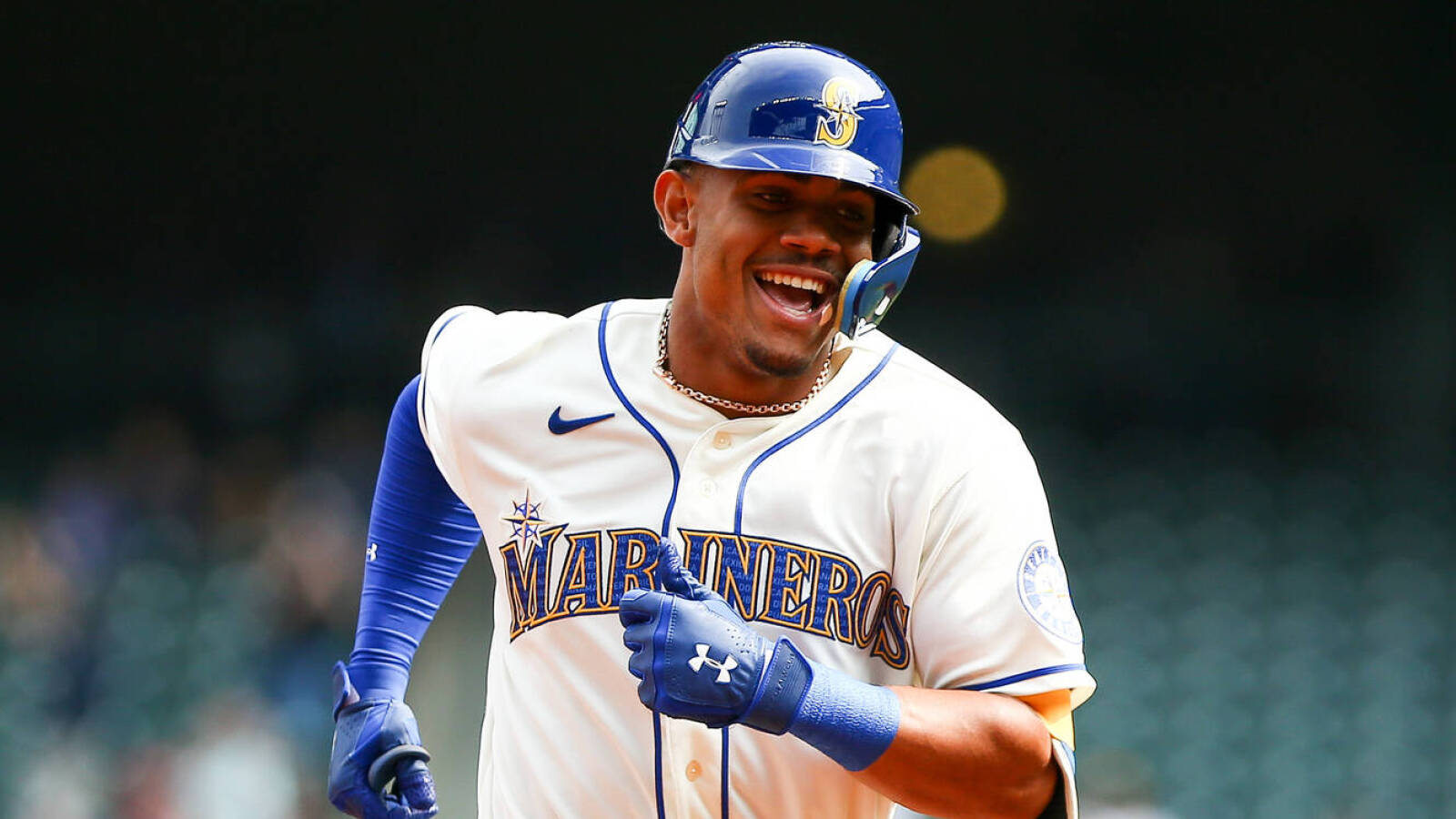 Seattle Mariners’ young phenom Julio Rodriguez is having one heck of a rookie season.

After becoming the fastest American League player in history to join the 20-20 club, Rodriguez joined another exclusive group on Wednesday.

Rodriguez swiped a bag in the bottom of the third inning against the San Diego Padres, giving him 25 stolen bases on the year. It also made Rodriguez the third player in MLB history to post 25 home runs and 25 stolen bases in their rookie season.

“J-Rod” joins Mike Trout and Chris Young as the only rookies to accomplish the feat. Though, technically, Rodriguez is the first to do it, as both Trout and Young made their debuts before their official rookie seasons.

After the game, Rodriguez took the accomplishment in stride, seemingly only worried about producing for his club, who defeated the Padres 6-1 on Wednesday night.

“Everything I do, every single stat I put up, I just do it for the team,” Rodriguez said via the team’s website. “I feel I’m not trying to put myself above anybody. I just want to be able to perform for the team.”

Seattle fans will have quite a while to enjoy Rodriguez’s talents. In late August, the 21-year-old agreed to a 14-year contract extension. Rodriguez’s new deal includes $210 million guaranteed and, with incentives, can grow to as much as $400 million.