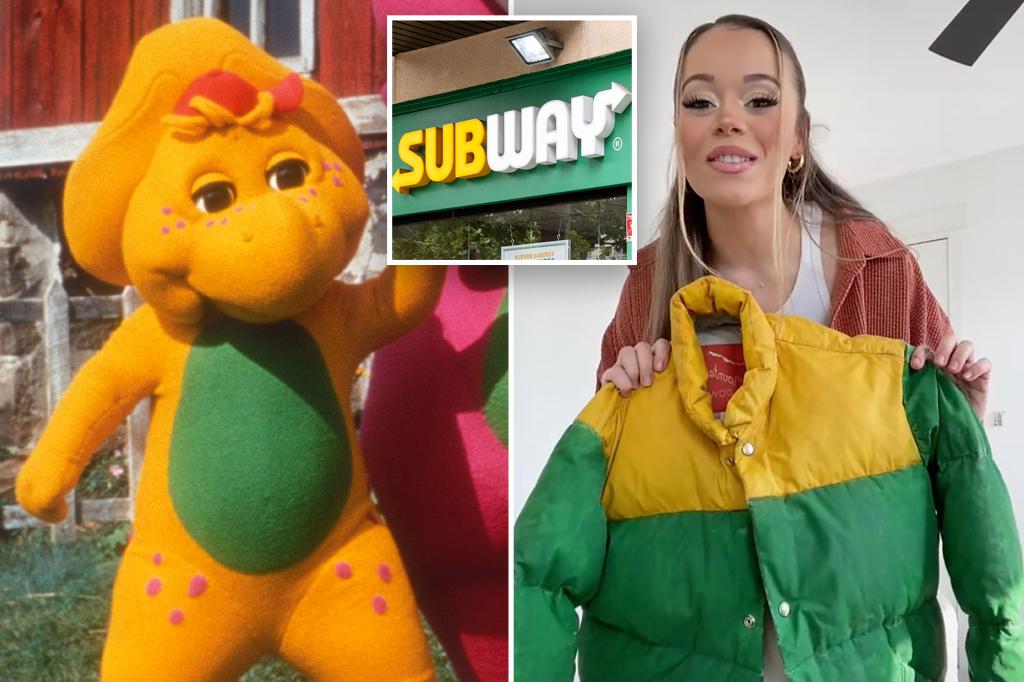 You’ll have to do better than shop their “kloset” if you want to keep up with the Kardashians.

Content creator Sarai Jones documented the unboxing of her recent Kardashian Kloset purchases — a site where the famous family sells their worn clothing to frugal fans — on TikTok and a longer-form YouTube video.

The site strictly prohibits any returns, exchanges, or cancellations, according to Jones.

Shoppers can sweep up anything from Kourtney Kardashian’s size 0 neon green pants for $295 to Kris Jenner’s unwanted $65,000 Birkin bag.

In the end, Jones claimed she dished out over $200 for a puffer jacket and pair of Adidas shoes worn by supermodel Kendall Jenner.

The vlogger opened the package — which she admitted she thought “would be more boujee,” but instead only included white tissue paper with “Kardashian Kloset” repeatedly printed in black.

The trendy site apparently allows no returns, exchanges, or cancellations, according to Jones.

First, Jones pulled out the green and yellow coat and took a big whiff of it, but it didn’t smell like anything, she said — not even any of Kim Kardashian’s perfumes.

Jones said the coat was a little stiff, but enjoyed its fit, spinning around, checking herself out on her phone.

“Is this a vibe? Are we vibing with it?” she asked aloud.

Commenters quickly answered that for her.

“The windbreaker is giving Subway,” one user joked about the sandwich chain’s brand colors.

“It giving me Subway or Sprite,” another doubled down

“I thought they sent you a corn costume for a second when you opened that box,” another roasted.

“Please tell me I was not the only one that thought that the jacket was a Barney suit,” one user compared to the children’s dinosaur character, named B.J., who appears on “Barney & Friends.”

The vlogger removed Jenner’s red and white Adidas from their plastic wrapping, but did not try them on in the TikTok.

“They’re cute and they’re my size,” she said, showing them to the camera. “She’s a nine and I’m like an eight and a half, nine.”

Instead, Jones directed interested viewers to her YouTube channel where she tried on purchases from Kylie Jenner, and Kim and Khloe Kardashian.