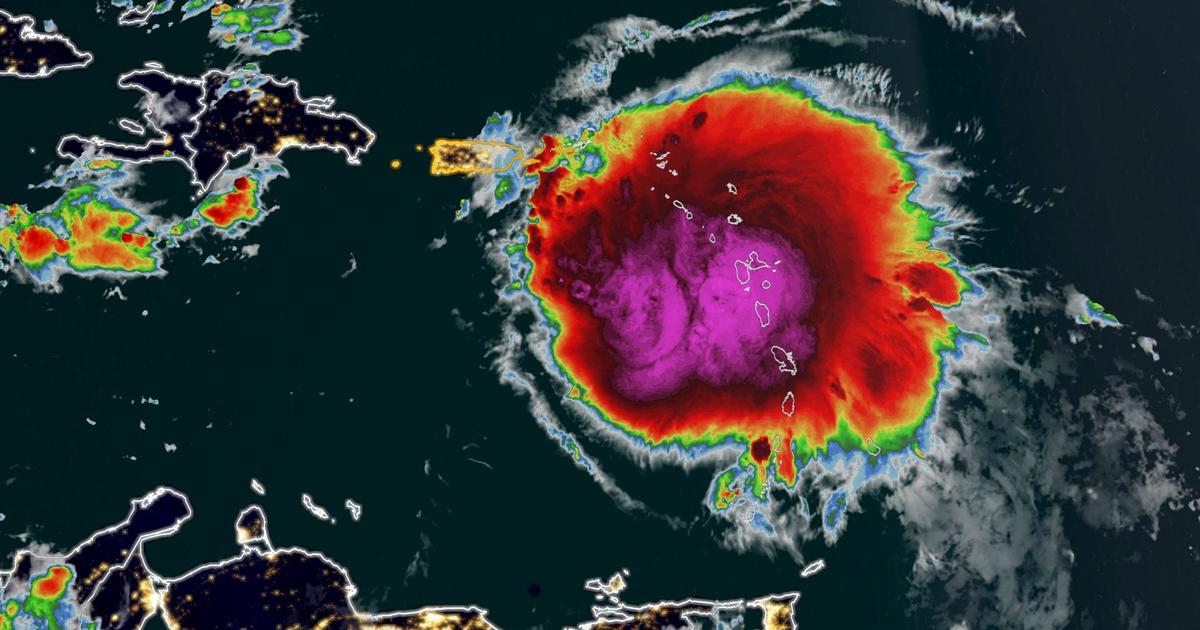 PUERTO RICO. (CNN) — Tropical Storm Fiona was poised to whip the Virgin Islands and Puerto Rico on approach Saturday and may strike the latter as a hurricane Sunday, posing a significant flooding and mudslide threat to the larger island, forecasters say.

A hurricane warning is in effect for Puerto Rico, reflecting forecasters’ belief that it will strengthen to a hurricane — with sustained winds of at least 74 mph — by the time it’s near or over the island Sunday night.

Hurricane watches, meanwhile, are in effect for the US Virgin Islands as well as parts of the Dominican Republic, the National Hurricane Center said.

Fiona, having pelted Guadeloupe and other northeastern Caribbean islands with heavy rain and strong winds Friday and early Saturday, was centered over the Caribbean about 130 miles southeast of St. Croix of the US Virgin Islands as of 11 a.m. ET Saturday, the NHC said.

It had maximum sustained winds of 60 mph — short of the 74 mph threshold for a Category 1 hurricane, though strengthening is expected as the weekend progresses.

Extreme outer bands already were hitting parts of Puerto Rico early Saturday afternoon, causing some showers and storms. More than 89,000 homes and businesses were without power on the island around 1 p.m. ET, according to PowerOutage.us.

“The center of Fiona is expected to move near or south of the Virgin Islands (Saturday) evening, approach Puerto Rico (Saturday night), and move near or over Puerto Rico Sunday night” before moving near the Dominican Republic on Monday, the hurricane center said.

The storm “is likely to be near or at hurricane strength while it moves near Puerto Rico,” the hurricane center said.

One of Fiona’s biggest threats is the rain it’s expected to dump on Puerto Rico: generally 12-16 inches, with 20 inches in isolated areas there, forecasters say.

“These rains are likely to produce flash and urban flooding, along with mudslides in areas of higher terrain, particularly southern and eastern Puerto Rico and the eastern Dominican Republic,” the hurricane center said.

Tropical storm conditions — including winds of at least 39 mph — were expected to reach the US and British Virgin Islands starting Saturday afternoon and spread across Puerto Rico on Saturday night.

Hurricane conditions were expected on Puerto Rico on Sunday and Sunday night — and are possible on the US Virgin Islands on Saturday night, the hurricane center said.

The storm also could be at hurricane strength when it passes over or near the Dominican Republic on Monday, forecasters said.

Fiona became a tropical storm over the Atlantic on Wednesday before entering the eastern Caribbean on Friday.

Here is how much rain is expected in certain locations over the next few days, according to the hurricane center:

• Leeward Islands, including Guadeloupe, and the northern Windward Islands: 2-4 inches on top of what they’ve already received.

• British and US Virgin Islands and Puerto Rico: 4-6 inches, with isolated areas of 10 inches possible.

Storm surges — ocean water pushed onto land — of 1 to 3 feet also are possible for Puerto Rico’s southern coast. Surges of 1 to 2 feet are possible for the US Virgin Islands, the hurricane center said.

This is the first time in more than three years that Puerto Rico has been issued a hurricane watch or warning. The last time was in August 2019, when Hurricane Dorian passed the island as a Category 1 storm.

A few tropical storms have passed the island since then, but Dorian was the last storm at hurricane strength to pass within 50 miles, CNN meteorologists said.