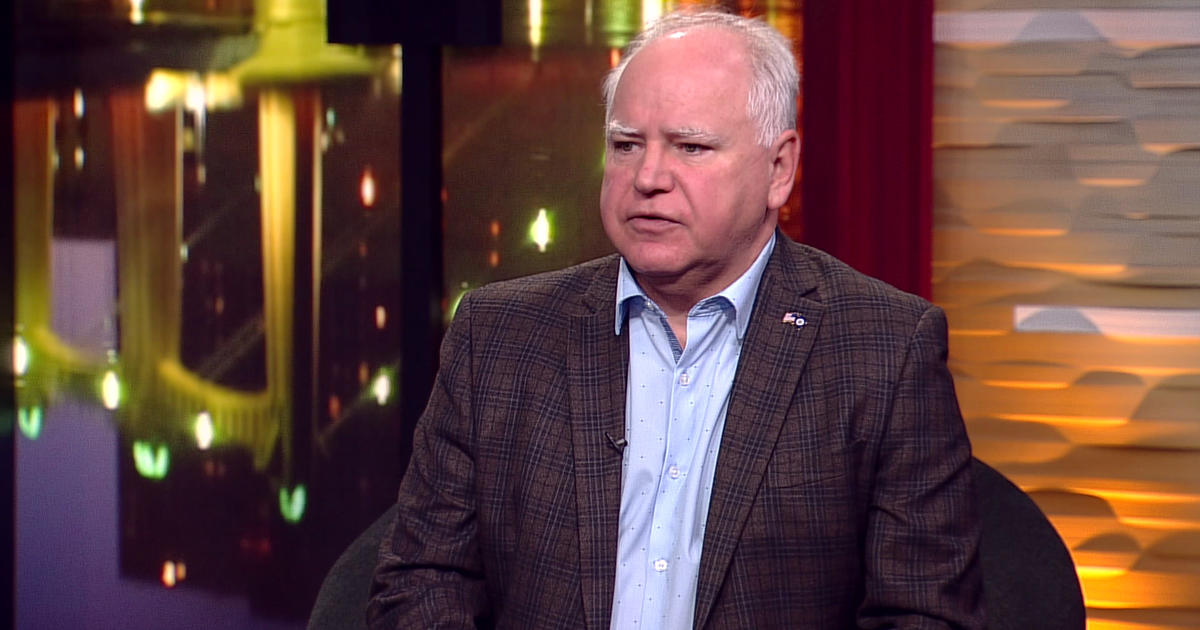 “To not address climate change will be that existential threat to the health, wellbeing and economic future of Minnesotan for generations to come,” Walz said at Ecolab’s facility in Eagan.

The more than 60-page plan includes targets of six goals, including boosting clean energy and clean transportation—a sector that is the state’s largest source of greenhouse gas emissions.

The plan aims for the state to be carbon neutral by 2050, and slash emissions from cars, trucks and other transit by 80% by 2040. A shorter-term goal has its sights on adaptation projects to make local communities more resilient to severe weather, and the climate plan also calls for 20% of Minnesota’s cars to be electric by 2030.

Minnesota Pollution Control Agency Commissioner Katrina Kessler said the effort will need action from local governments, farmers, businesses, and the state legislature. She said some of the policies will be part of Walz’s budget proposal next year should he win his re-election bid this fall.

“All [actions] require partnership and collaboration beyond state government,” she said.

Already set in motion in Minnesota is a “clean car” rule designed to cut back on greenhouse gas emissions, requiring automakers to sell a certain number of electric vehicles starting when 2025 car models are available in early 2024. The issue has sparked blowback from the state’s Republican leaders.

That standard is adopted from California, which recently amended its rule to ban the sale of new gas-powered cars by 2035. This impacts the future of Minnesota’s rulemaking process on this issue—it will eventually have to adopt California’s more stringent rules or instead adopt federal rules.

Federal law allows only California to write its own emissions rules. States could take their lead, which others have done, or adopt the federal standards.

Kessler suggested Minnesota will not adopt California’s new rule in the future.

The state does not have to immediately act on the clean car rule just because California recently changed course, a spokeswoman for the MPCA said.

Minnesota’s current standard, introduced in 2019, has faced intense criticism from Republicans, who call the rules burdensome government mandates that avoided the legislature’s input.

It came to an inflection point last summer when, faced with a potential ouster by the GOP-controlled State senate last summer, then-MPCA Commissioner Laura Bishop resigned from her post.

Republicans threatened not to confirm her, citing their concerns with the clean cars issue, and she stepped aside before that could happen.

GOP nominee for governor Dr. Scott Jensen has vowed to suspend the standard if elected.

“He seems to want to copycat California and we don’t have the same kind of climate they have and we also don’t have the infrastructure they may have already started constructing,” he said. “This is one of those ideas that sounds good, but it’s political pandering.”

Jensen believes the state ought to double down on nuclear energy, a zero-emission energy source.

“Nuclear energy is clean energy. It’s efficient and it’s one of the cheapest energies we have,” Jensen told WCCO. “It makes all the sense in the world for us to continue to utilize nuclear energy.”

He said he supports reducing reliance on fossil fuels, but to do it in a “haphazard, premature manner is not helpful for Minnesotans.”

When asked about the timing, Walz said the plan will spark conversations and there is an urgency to act on climate change.

“This issue will transcend who’s ever elected. This issue is not going away. It needs to be addressed,” he said. “I think it lets us set up a stark contrast that you’re seeing—that Minnesotans know we need to move in this direction and the time to turn away from that is long past.”

Caroline Cummings is an Emmy-winning reporter with a passion for covering politics, public policy and government. She is thrilled to join the WCCO team.