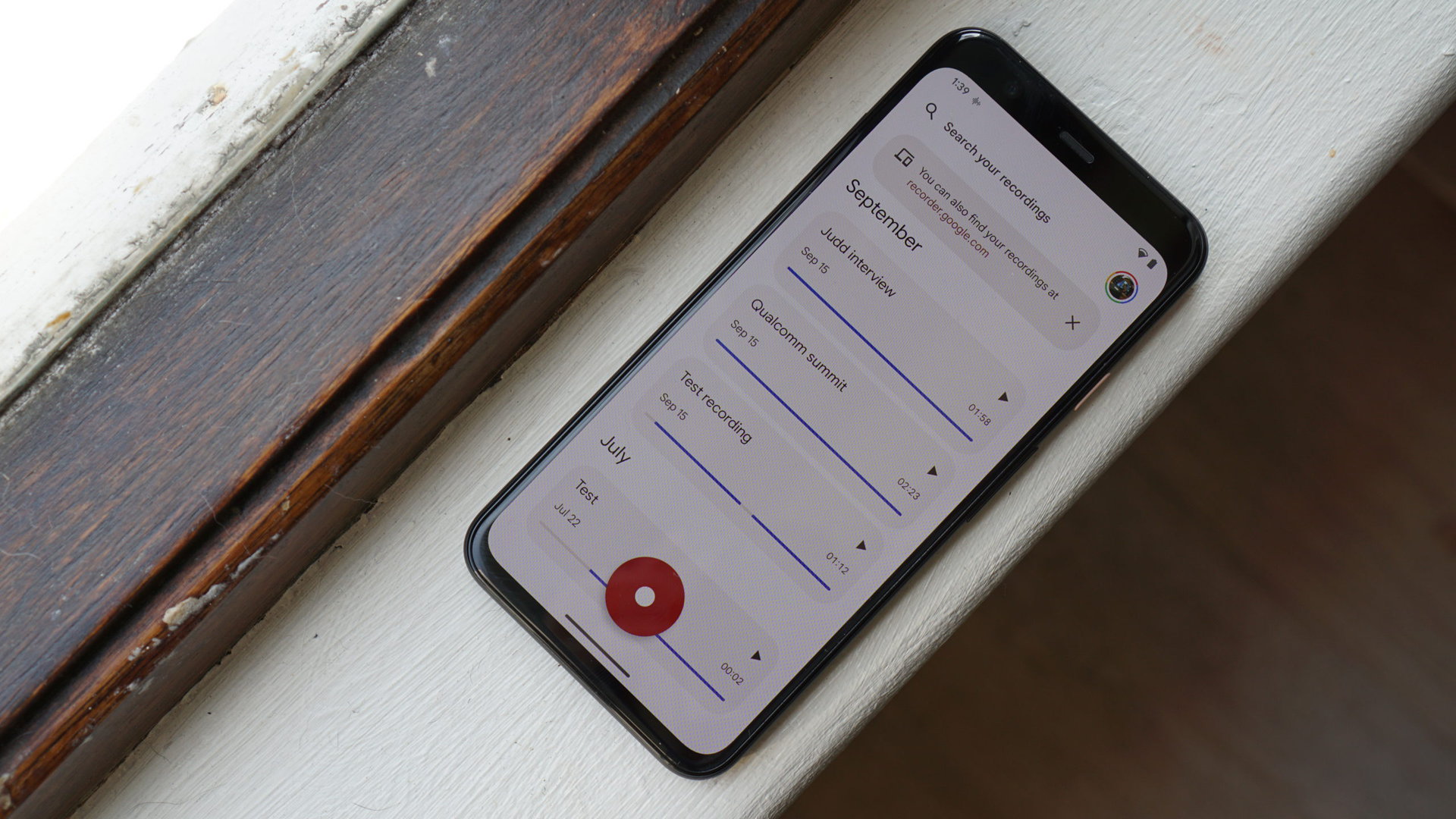 There are plenty of reasons to pick up a Pixel phone, such as the suite of camera features, call screening functionality, and lengthy update commitment. However, another neat but often forgotten feather in Google’s Pixel cap is the Recorder app.

Google debuted its Recorder in 2019 on the Pixel 4 series, delivering a smarter experience than many other voice recorder apps. Here’s what makes it stand out from the pack and the few improvements we’d still like to see.

Why is the Pixel Recorder worth using?

The unique selling point of Google’s Recorder is that it automatically transcribes voices in real-time and on-device, reducing the need to rely on paid solutions like Otter. These transcriptions aren’t always 100% accurate, and they’re often way off the mark for technical discussions. But it can still be good enough to capture most conversations with only minor errors. Plus, you can search these transcripts for specific words and phrases if you’d like, with Google highlighting the time in the recording where they appear.

It’s not the only voice recorder app capable of creating transcripts though, as the Samsung voice recorder also offers speech-to-text functionality. However, this is limited to ten minutes of speech at a time and requires you to convert the recording to text after the fact. Furthermore, Samsung’s feature doesn’t work without an internet connection.

Google Recorder is still a great example of how machine learning can make life a little easier.

Another neat extra is that Google Recorder also gives you the option of automatically syncing your recording and the accompanying transcript to Google Drive. No need to manually back up these recordings so you can access them on the PC. Furthermore, these recordings can be accessed via a special website too — recorder.google.com.

Finally, the Pixel’s Recorder app also offers automatic labeling functionality based on the content of your recording as well as your location. It’s really cool to get suggested labels for things like chipsets, smartphones, and 5G when recording a Qualcomm interview, for example.

Explained: Google’s Recorder app is like magic, but here’s how it works

Where Google needs to improve things

Nevertheless, as impressive as Google Recorder is, it’s definitely not perfect. There are several key areas where it could do with some improvements. So here’s what we want to see from the app in the future.

The ability to correct transcriptions

The transcription functionality on Google’s app is a smart idea, but it’s not a consistently accurate experience. Results vary wildly depending on the person talking, the nature of the conversation (e.g. in-person or over a video call) and the subject matter. So Google should really implement the ability to correct transcriptions.

You do get a text file of the transcription that can be edited via text editors like Notepad or Google Docs, but the ideal solution would be for Google to let you edit the transcription in the Recorder app itself. We’re not sure why this isn’t possible, although I’d guess that it has something to do with the text being coupled to the audio in the app. Still, we think Google could highlight changes and keep a version history of the original transcript and our edits.

An option to highlight incorrect transcriptions and fix them would be awesome. And the new words would show up in search later.

Regardless of the reason, it would be a great, long-overdue addition if we could simply tap and hold on a word in the transcript to correct it without resorting to a standalone text editor. That way it shows up in searches inside the app later.

Perhaps my biggest request for the Pixel Recorder app is the ability to import voice notes for transcription. Granted, if you have a Pixel that means you can simply use the recorder app in the moment to get both the audio and transcript. There are a few reasons why importing voice notes would still be handy though.

One reason is for importing old voice notes from a previous phone. Bringing these into the Google recorder app would be a good way to keep them all in one place while getting automatic transcripts, to boot.

Importing voice notes would let you bring older recordings or ones from other devices into Recorder.

It’s also useful if you simply use a second device for voice notes for whatever reason (such as a dictaphone, secondary smartphone, or laptop), and don’t want to manually transcribe these recordings. It makes sense to have Google’s app handling the transcription first and then going back to fix things up.

One of the downsides to Google’s voice recorder is that it doesn’t differentiate between different speakers. So you still have to listen to the recording or carefully parse the transcript to figure this out.

Google surely has the AI know-how to differentiate between two speakers’ voices.

Needless to say, we really want Google to figure this out and implement some sort of speaker detection and differentiation in the Recorder app. Even labeling various speakers as “speaker A” or “speaker B,” would be a good start. This functionality isn’t impossible to implement either, as the third-party Otter service is already capable of this.

Another request we have for Google is to bring the Recorder app to the Android world at large. I understand that the app is one of several selling points for the Pixel series — and supposedly requires specific hardware for on-device transcription — so we can see why Google might be hesitant to bring it to non-Pixel phones. But we’ve already seen the app unofficially ported to third-party devices, so Google might as well make it official.

I’m fine paying for it, Google, but let me use Recorder on other phones.

The company could limit a Recorder feature (such as on-device transcriptions or automatic backups) to Pixels if it really wanted to maintain some exclusivity. Or it could charge a modest fee for the app if it wanted to see some return on investment. I know I’d pay a small one-time fee to gain access to it across my devices.

Read next: This past month reminded me of why I really love (and hate) my Pixel 6 Pro