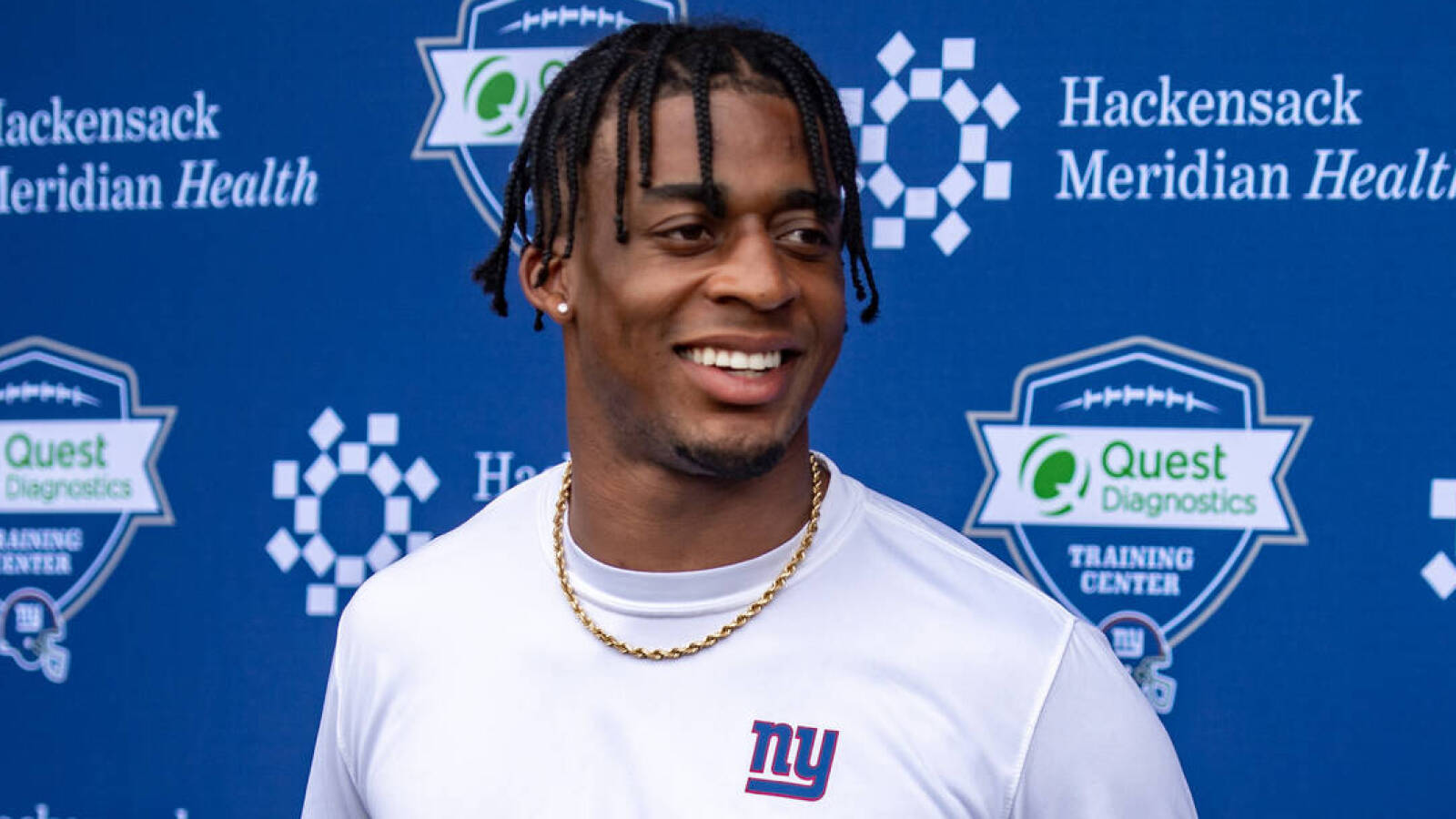 Giants starting cornerback Aaron Robinson will miss several weeks following his appendix removal, and rookie Cor’Dale Flott is expected to start in his place in the team’s Week 2 matchup against the Panthers on Sunday, per Dan Duggan of The Athletic. Flott, a third-round choice in the 2022 draft, played just two special teams snaps in New York’s opener last week, so this will represent an early test of the rookie’s mettle.

Flott lost this summer’s slot cornerback battle with third-year pro Darnay Holmes, and Big Blue deployed a starting CB trio of Robinson, Adoree’ Jackson, and Holmes in Week 1. It appears that Flott, a 6-1 defender who has a three-inch height advantage over Holmes, will operate opposite Jackson on the boundaries while Holmes will remain in the slot.

The Giants pulled off a surprising upset over the Titans last week, but as Nic Bodiford of Pro Football Focus observes, the club did surrender seven completions of 15 yards or more, the fifth-highest total in the league. The task will not get any easier this week, as Carolina features D.J. Moore and Robbie Anderson at the top of its WR depth chart. Panthers QB Baker Mayfield will likely attempt to attack Flott early and often with his speedy, talented wideouts.

Flott, an LSU product, has the speed and length to compete with players like Moore and Anderson, but he entered the league as something of a raw prospect who would need a little time to reach his ceiling. However, the Giants made James Bradberry a cap casualty this offseason, and the team is paper-thin at the CB position at the moment. Nick McCloud is dealing with a hamstring injury, leaving recent waiver claim Justin Layne and Fabian Moreau — who was promoted from the taxi squad Saturday — as the only healthy backups.

Despite their cornerback woes, the Giants are a slight favorite Sunday as they seek to move to 2-0 for the first time since 2016.