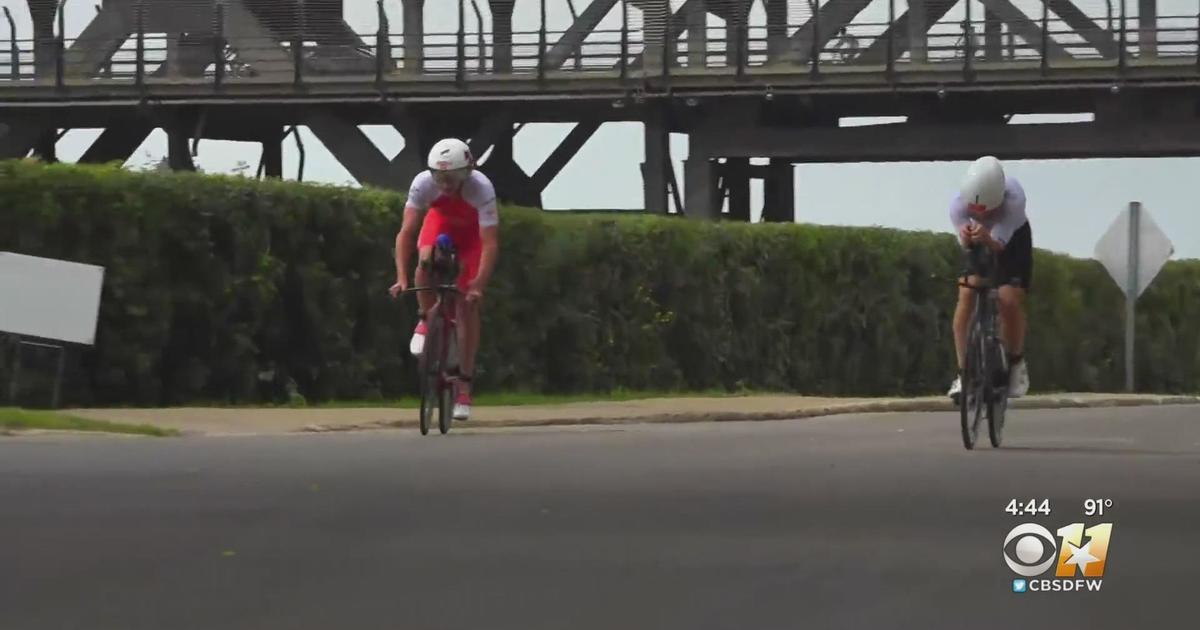 LAS COLINAS, Texas (CBSDFW.COM) — This weekend, a first of it’s kind event is taking place in North Texas, featuring some of the top athletes in the whole world.

Their mission is not just to display what they do better than anyone else – it’s to be a shining example of something many believe is long overdue.

As long as anyone can remember, women have been swimming upstream, pedaling continuously, and racing in the pursuit of being paid the same as their male counterparts.in many sectors of life, including athletics.

But major progress is being made.

Jocelyn McCauley, a professional triathlete says, “It’s super important to me to be able to push the limits, to be able to have men and women equal in all areas of sport.”

McCauley is one of the top triathletes in the world. She’s part of the Professional Triathletes Organization. The organization is holding it’s first ever US Open this weekend in Las Colinas, and there’s a million dollars in prizes on the line.

What’s so unique about this organization? Based on their results, the top men’s and women’s finishers are paid the same.

Sam Renouf, the CEO of PTO, explains. “They race at the same events … over the same distance….same prize money and representation. When we formed the PTO, it was an absolute given that we would continue that way and shine a light to other sports.”

To further equal the playing field, female members of the professional triathletes organization are entitled to 15 months of maternity leave beginning from the start of their pregnancy until six months after birth.

They also get full monthly pay and maintain the world ranking they held prior to getting pregnant. Case in point, Jocelyn McCauley is still ranked as one of the best and is now a proud mother of two.

McCauley says, “It is amazing and groundbreaking, and I think all sports need to have a policy like this. We don’t need to choose between being an athlete and a mom. We can be both”.

As it a stands the triathlon, which consists of a 1.2 mile swim, almost 50 mile bike ride, and 11 mile run, clearly tests the limits of physical endurance. That will be the case for 80 of the top pros and over 1,000 amateurs competing this weekend in North Texas.

When asked what the PTO send as an overarching message to others, Renouf answers, “We can showcase these incredible talents and ultimately inspire more people to be healthy and fit.”

The event is free for the public. The women’s race starts at 11:30 a.m. Saturday morning. The men’s race starts Sunday afternoon at 2:30 p.m. The starting point is the Lake Carolyn area in Las Colinas.

Keith Russell is our morning news anchor and was a sports anchor/reporter for CBS11 starting in 2015.