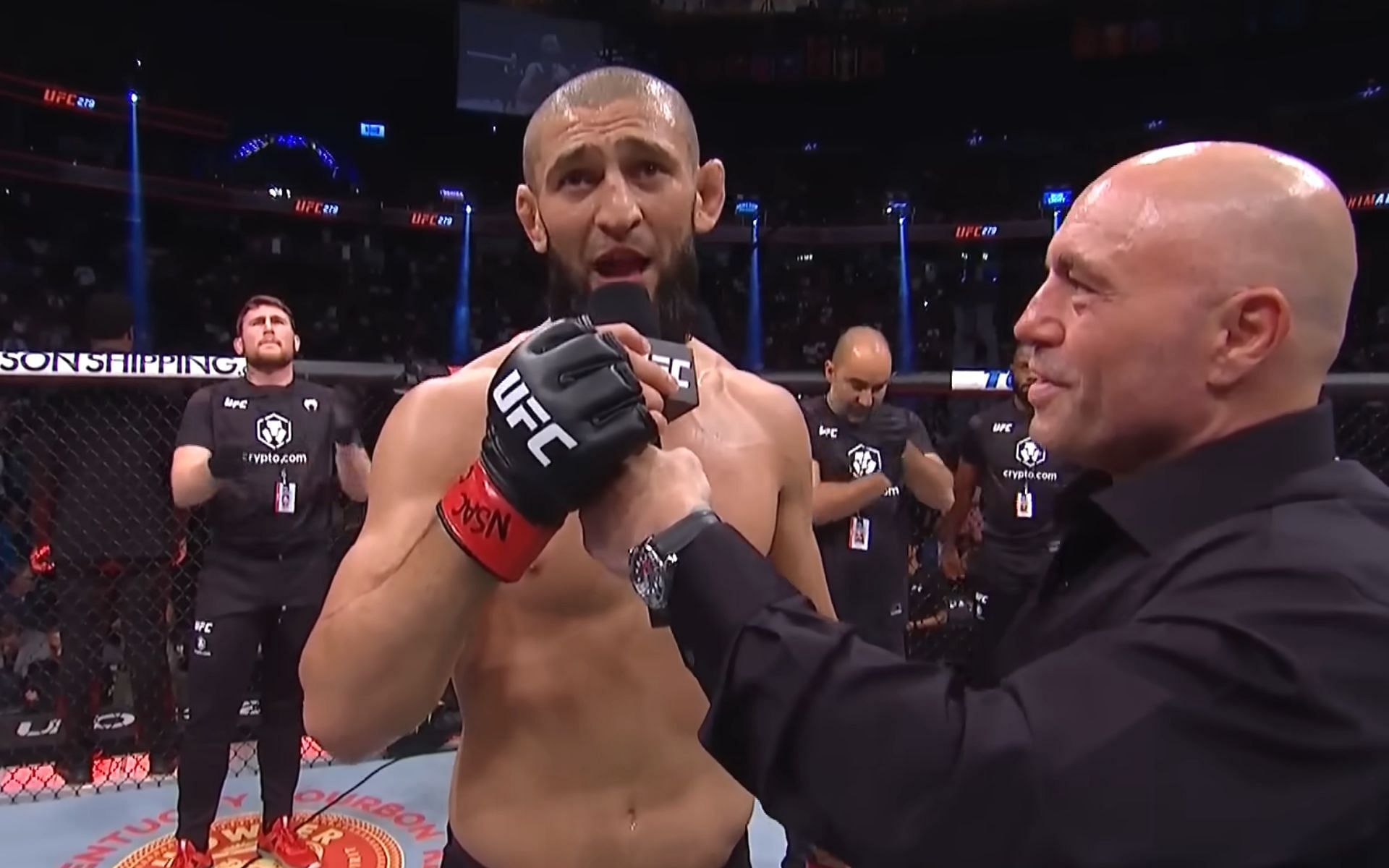 Khamzat Chimaev lost countless fans and supporters after failing to make weight for his scheduled headliner clash against Nate Diaz at UFC 279. However, the Chechen-born Swede didn’t show any remorse and flipped off the fans after being booed at the ceremonial weigh-ins.

Perhaps Chimaev’s behavior was prompted by his teammate Darren Till’s advice to embrace the heel persona.

In the aftermath of UFC 279, Till revealed to ESPN MMA that he encouraged ‘Borz’ to fully embrace the hate.

However, it appears that fans weren’t quite impressed by Till’s advice. Taking to social media, fans took aim at the Liverpudlian, with one fan labeling Chimaev’s behavior as “unprofessional” rather than a sort of heel persona.

Another fan suggested that Till should now advise Chimaev to move up in weight and fight at 185lbs instead of welterweight.

@espnmma @bokamotoESPN So this is the “devil” behind the anger he carried into the octagon 😂😂😂. Good job Darren 🤣🤣🤣

Khamzat Chimaev was expected to make 170lbs for his fight against Nate Diaz at UFC 279. However, ‘Borz’ came in at 178.5 pounds, which was way over the welterweight limit. Chimaev ended up facing Kevin Holland in a catchweight contest.

Former UFC welterweight kingpin Georges St-Pierre recently weighed in on Khamzat Chimaev’s huge weight miss at UFC 279 and stated how it could prevent him from receiving a title shot in the division.

‘Rush’ noted that the huge weight miss is hard to forgive. However, he sees Chimaev potentially facing the winner of the Leon Edwards vs. Kamaru Usman trilogy bout, which could be in the works. Speaking to The Schmo, here’s what ‘GSP’ said:

“In the future, if he misses weight another time, maybe that will prevent him from having a title shot. Maybe give him the chance to go back at 170 if he wants to, but he can’t miss weight. Missing weight, it’s hard to forgive.”

“As a fan, I would like to see Kamaru Usman get revenge [for the next title fight] because if anyone deserves it, it’s him. Maybe perhaps Chimaev has a shot against the winner of this fight [Kamaru Usman vs. Leon Edwards].”

Watch Georges St-Pierre discuss Khamzat Chimaev with The Schmo below: