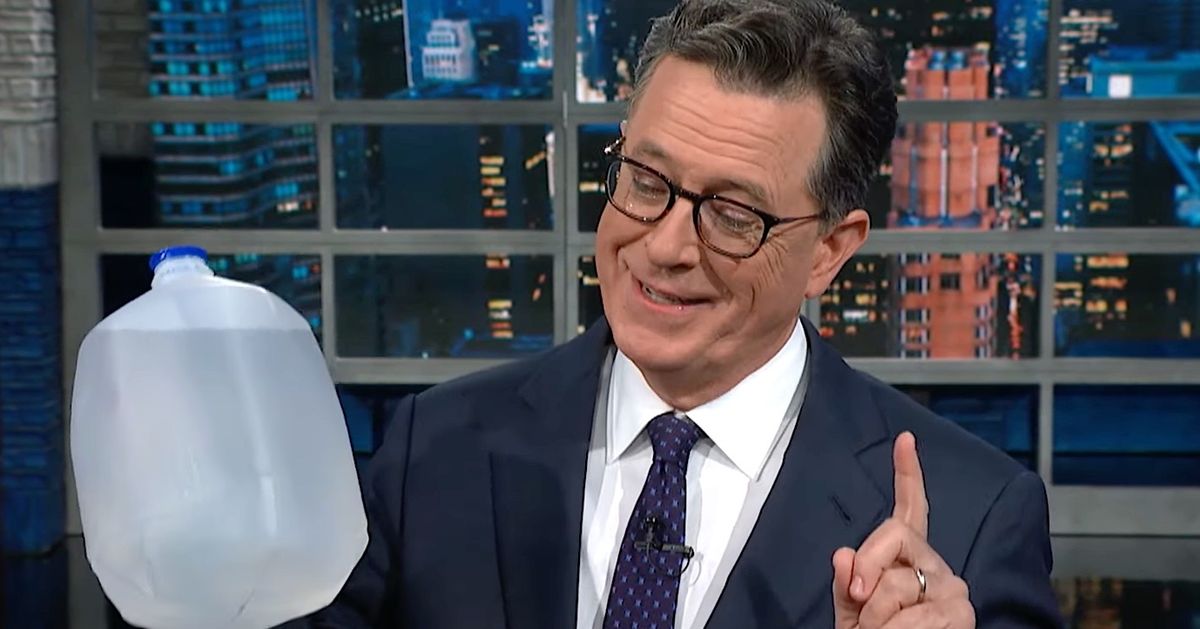 Trump so despised McCain that he resisted lowering the White House flags in honor of the Republican senator from Arizona when he died in 2018. Trump did so only briefly, but when he faced pressure from staff and the media, he had the flags lowered again.

Now, the new book The Divider by Peter Baker of The New York Times and The New Yorker’s Susan Glasser offers more insight into the incident, saying then-chief of staff John Kelly told Trump what would happen if he didn’t lower the flags.

Trump caved and lowered the flags.

Colbert showed the quote on his “Late Show” screen. When the camera returned, he was holding a gallon-sized jug of water and proceeded to take a big gulp.

“Gotta stay hydrated,” Colbert said when he was finished.