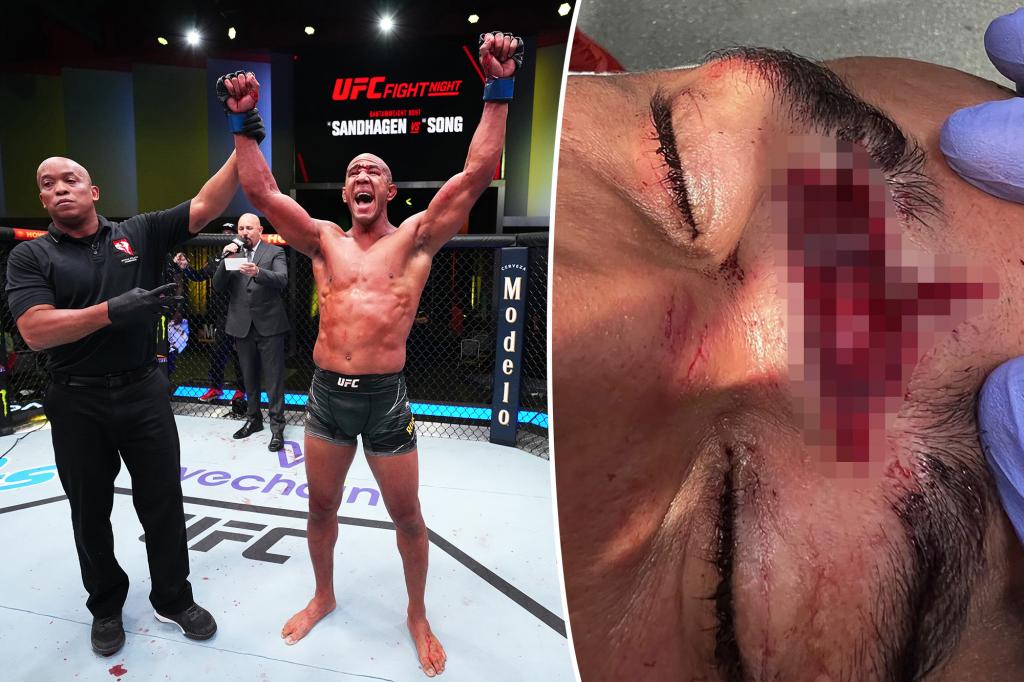 The UFC president shared a graphic photo of a cut sustained by Gregory Rodrigues during UFC Fight Night 210 on Saturday in Las Vegas. Rodrigues scored a TKO win over Chidi Njokuani in a middleweight bout after sustaining an open wound between his eyebrows that nearly saw the fight stop in the first round.

The cageside doctor let things continue, though, and Rodrigues ended up winning in the second round.

It does at least seem like the cut was stitched up well and Rodrigues was fine. He and Njokuani got a $50,000 Fight of the Night bonus for their troubles.

“I know one thing: I’m born for this,” Rodrigues told Daniel Cormier after the fight. “Doesn’t matter, man. You need to kill me.”

The Brazilian won his first two UFC fights in 2021 before losing a split decision to Armen Petrosyan in February. He rebounded with a first-round knockout win over Julian Marquez in June.