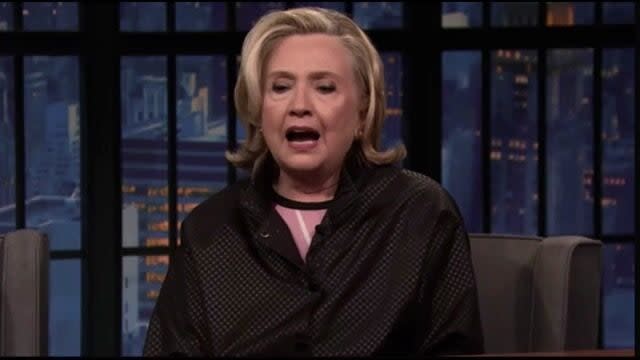 On Late Night with Seth Meyers, Former Secretary of State Hillary Clinton commented on Trump’s possession of classified documents and having them at his country club. In early August, Donald Trump’s country club Mar-a-Lago was raided by FBI agents due to his possession of classified top secret documents, some dealing with nuclear security measures.

CLINTON: “I don’t care what political party you are, but come on, cut the hypocrisy. This is a threat to our national security that somebody would actually have in his country club storage room, his desk, his bedroom top secret information and you have to ask yourself, why? What was he going to do with it? Who is he giving it to? Or what had he already done to it? And so let the investigation go forward and lets, you know, find the facts. Unlike those guys, I’m not saying lock him up, I’m saying, let’s just find the facts and follow the evidence wherever it goes.”