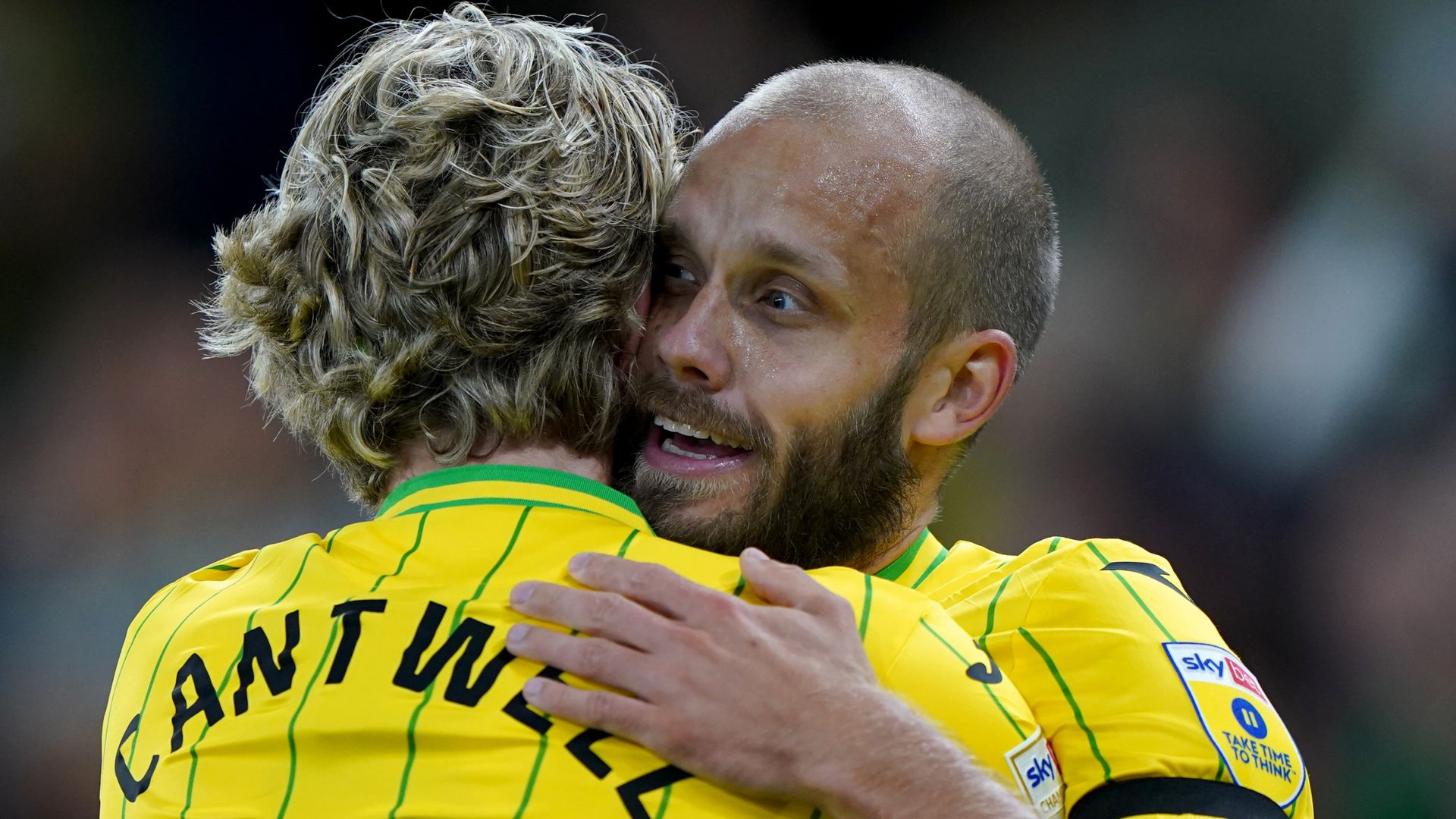 The striker nodded in the opener in the 11th minute and then slotted home his second 12 minutes later.

Tommy Conway pulled a goal back for the Robins with a 44th-minute header.

But Josh Sargent rose highest to meet a Gabriel Sara corner and extend the hosts’ advantage after 65 minutes, with the visitors only able to add one more through substitute Antoine Semenyo.

Scott Hogan’s hat-trick made the difference in Birmingham’s 3-2 win at West Brom.

The Republic of Ireland international got things going in the 14th minute after he latched onto a Juninho Bacuna through-ball and fired a strike into the bottom left corner.

But Jed Wallace cancelled it out with a right-footed shot from the centre of the box.

It was not long before Hogan combined with Bacuna again to give the Blues the advantage and pulled his side further ahead with a strike from a tight angle after 71 minutes.

Dion Sanderson conceded a late penalty and Brandon Thomas-Asante delivered from the spot, but Birmingham held on.

Reading were beaten 3-0 by Sunderland, the hosts unable to find their form after Patrick Roberts scored twice in two minutes late in the first half.

Jack Clarke sealed the win after the restart, finishing off a stunning team move.

Rotherham picked up three points and kept a clean sheet in their 3-0 victory over Blackpool.

Second-half goals from Chris Willock and Stefan Johansen lifted QPR to a 2-0 victory at London rivals Millwall, while Coventry played out a 2-2 draw at Luton.