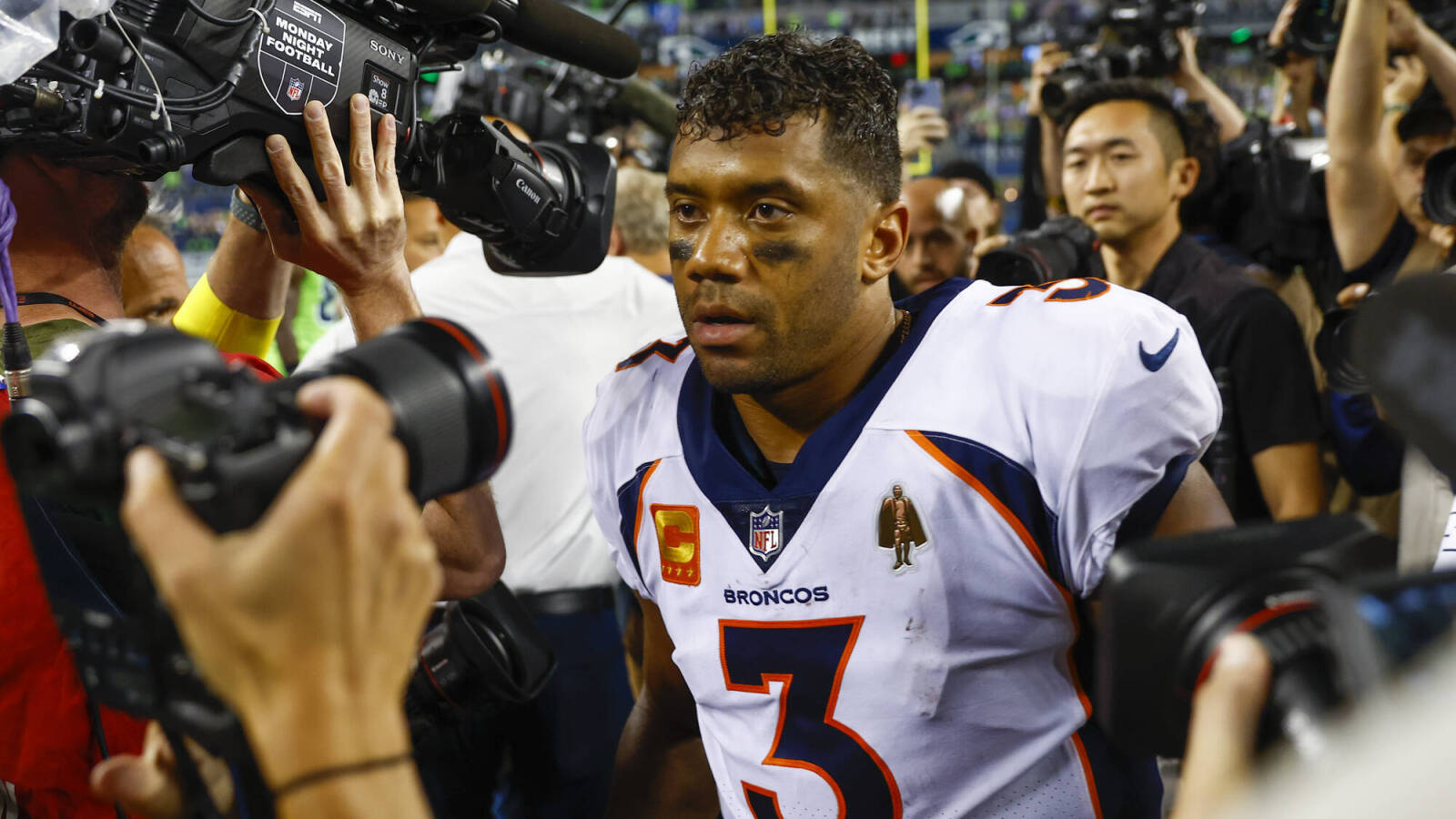 Nathaniel Hackett very well may have a long career ahead of him as head coach of the Denver Broncos, but his tenure has started off in a head-scratchingly bad way.

The Broncos traded for Russell Wilson, one of the best quarterbacks in football, but paid a dear price for his services. They gave away three players, three 2022 draft picks — including a first and a second — and a 2023 first and second-round pick.

It was a monumental trade and quite the haul for the Seahawks in return, who were giving away their franchise, Super Bowl-winning, nine-time Pro Bowler quarterback. The Broncos went all-in with the trade for Wilson, though, but apparently, it was all for nothing.

In the first game of the season against the Seahawks, to see Hackett take the ball out of Wilson’s hands with the game on the line against his old team on Monday Night Football…well, it was just baffling.

Here’s how it happened:

The Wilson-led Broncos got the football back after a punt on their own 22 with 4:02 to go in the game, down 17-16. The stage was set for Wilson to at the very least lead a game-winning field goal drive, and though that was ultimately attempted, the way it went down couldn’t have gone worse for Hackett and his team.

Credit the Seahawks for forcing a 4th-and-5 after stopping a swing pass in the flats on third-and-14. Keep in mind, that the Broncos were at the Seattle 46, meaning they had a 64-yard field goal ahead of them. They also had two timeouts and one of the best quarterbacks in the league at their disposal, though, so easy decision, right?

Hackett, who was Aaron Rodgers’ offensive coordinator in Green Bay for the past few seasons, had the option of letting Wilson take a shot at getting five yards, calling a timeout, and then continuing the drive (with one timeout still in their pocket, mind you) to see if they could make it at the very least an easier field goal.

The first-time NFL head coach instead decided to let the clock bleed down to 20 seconds before attempting a 64-yard field goal on fourth down, which the Broncos predictably missed.