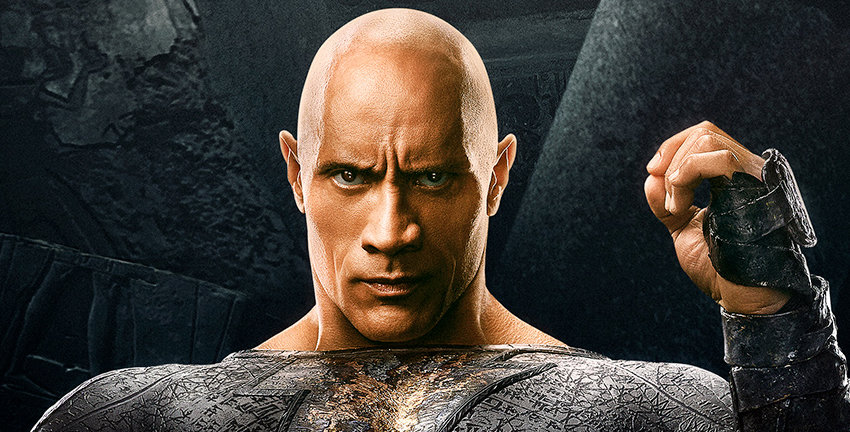 After years spent in development hell, Dwayne Johnson’s Black Adam will finally be hitting theaters next month. Johnson has frequently said that the movie will change the hierarchy of power in the DC Universe as it starts a whole new era, but it won’t be long until we find out for ourselves. New Line Cinema has released a new Black Adam poster which finds Black Adam seated upon a throne.

The Black Adam poster proclaims that the time for heroes is over, but I’ll be curious to see just how dark they’ll take the character without making him a straight-up villain. The movie has certainly been a long time coming, and at one point, the character was supposed to appear in the Shazam! movie before Dwayne Johnson decided the two needed their own separate movies.

The original plan, maybe five or six years ago I think, was to tell the two origin stories of Shazam! and Black Adam in the same movie. That’s what we had worked on. The script was delivered. When we all read the script, I immediately felt like, ‘We have to separate these two movies. We have to honor Shazam! and that origin story and what that is and what that can be for the fans and then we also have to tell our story, too, as well.’ I think in separating them, with the majority of the world not knowing who Black Adam if you weren’t a serious comic book fan, it was important I think to separate them and tell each story respectively.

Jaume Collet-Serra directed Black Adam from a screenplay by Adam Sztykiel and Rory Haines & Sohrab Noshirvani. The long-belated superhero adventure stars Dwayne Johnson as Teth Adam, who was bestowed with the almight powers of the gods in ancient Kahndaq. After using these powers for vengeance, he was imprisoned, becoming Black Adam. Nearly 5,000 years have passed and Black Adam has gone from man, to myth, to legend. Now released, his unique form of justice, born out of rage, is challenged by modern day heroes who form the Justice Society: Hawkman, Dr. Fate, Atom Smasher and Cyclone.

Black Adam also stars Aldis Hodge as Hawkman, Noah Centineo as Atom Smasher, Quintessa Swindell as Cyclone, and Pierce Brosnan as Dr. Fate. Sarah Shahi, Marwan Kenzari, Mo Amer, and Bodhi Sabongui also star in the movie. Viola Davis will also be reprising her role of Amanda Waller, who she has played in Suicide Squad, The Suicide Squad, and the Peacemaker TV series.