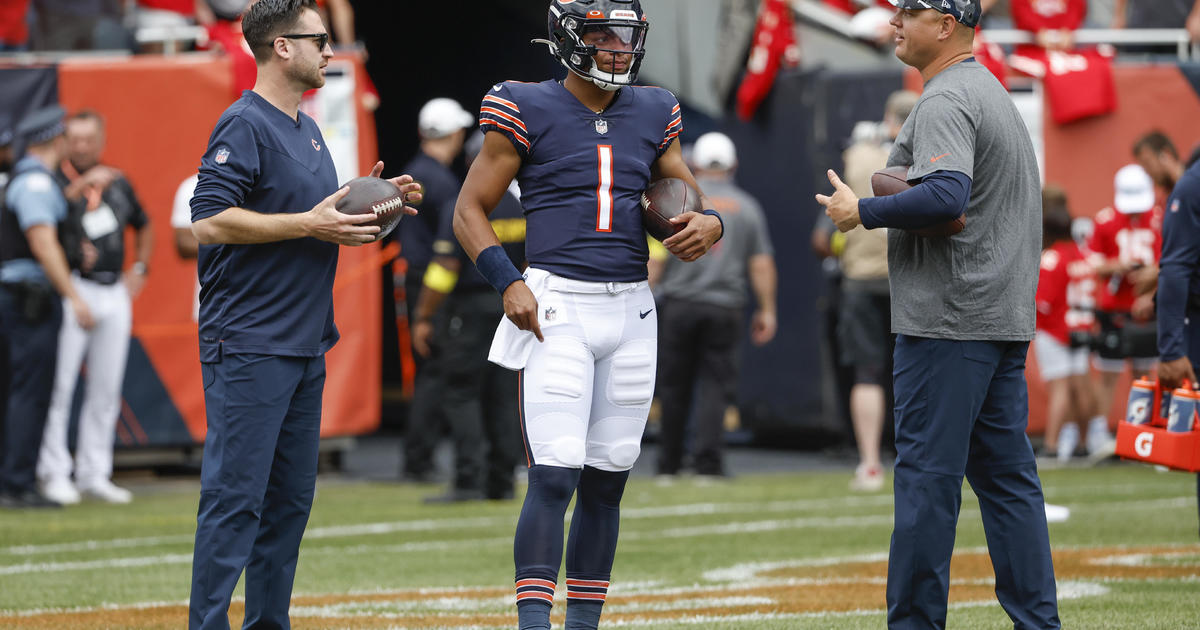 CHICAGO (CBS) — After a rough start to his first start of the season, Bears quarterback Justin Fields really got it going in the second half against the San Francisco 49ers last Sunday.

Fields seemed to be in control of the offense both with his legs and through the air.

As the Bears try to carry that over into Week 2 in Green Bay this Sunday, offensive coordinator Luke Getsy said he’s feeling good about his second-year quarterback.

“I was really impressed by how he handled every situation, like the way we were able to talk about what happened on the field, when you’re backed up and he throws an interception, and like that whole time that due was stone cold. He was ready to go. There was no ‘woe was me’ at all in that young man, that’s what’s been so cool about him.”

Getsy spent seven seasons with the Packers with a year away in 2018. He’s only been on the losing side in this NFC North rivalry one time in 14 games.

Matt Zahn joined CBS2 Chicago in October 2016 as a sports reporter and fill-in sports anchor, and what a time to come to Chicago. Matt arrived just as the Cubs won the World Series.