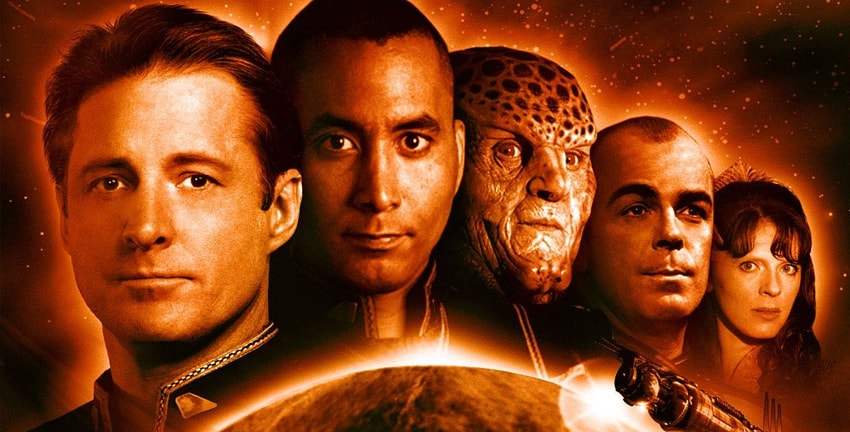 It was announced nearly one year ago that J. Micahel Straczynski was developing a reboot of his iconic sci-fi series Babylon 5 for The CW. We haven’t heard all that much about the project since then, but with Nexstar recently taking a 75 percent stake in the company, the fate of several of their project remains up in the air.

J. Michael Straczynski took to Twitter to call upon Babylon 5 fans to show their support for the reboot and let those in charge know they want it to happen.

“The fate of the Babylon 5 pilot may be decided end of this month,” Straczynski wrote. “Though much of The CW was bought by Nexstar, the decision also rests heavily with Warner Bros. TV. If fans want to show their support for B5 and let them know you want this to happen, now is the time.” Fans quickly got #B5onCWin23 trending at #1 on Twitter, which is hopefully a good sign for the Babylon 5 reboot. Straczynski later tweeted that he was “supremely thankful to everyone who stepped up and let your voice be heard. What happens now: We wait for the future to reveal itself. Thank you all once again.“

The new Babylon 5 series has been described as a “from-the-ground-up reboot” of the original series. The new take revolves around John Sheridan, “an Earthforce officer with a mysterious background, who is assigned to Babylon 5, a 5-mile-long space station in neutral space, a port of call for travelers, smugglers, corporate explorers and alien diplomats at a time of uneasy peace and the constant threat of war. His arrival triggers a destiny beyond anything he could have imagined, as an exploratory Earth company accidentally triggers a conflict with a civilization a million years ahead of us, putting Sheridan and the rest of the B5 crew in the line of fire as the last, best hope for the survival of the human race.” J. Michael Straczynski wrote damn near every episode of the original series and has returned to write the reboot. Whether we actually get to see the project come to fruition, I don’t know, but the fans have definitely made their voices heard.

Are you down for a Babylon 5 reboot?