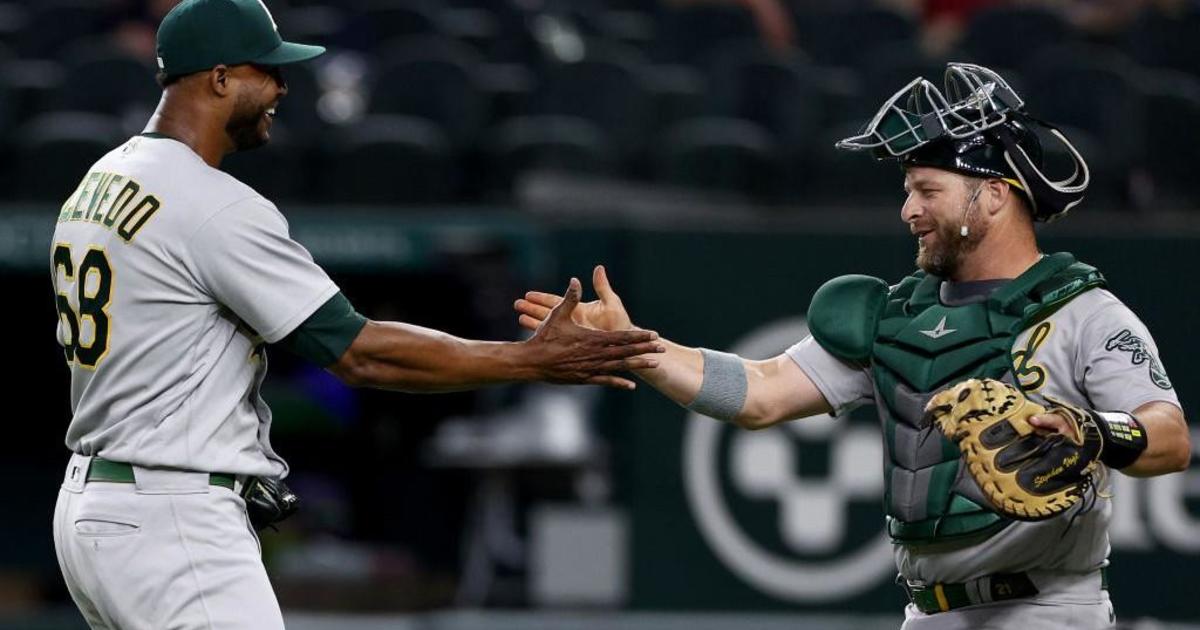 The A’s trailed 7-6 entering the ninth. Pinch-hitter Sheldon Neuse led off with a single and Vimael Machin tied it with a two-out double.

Vogt then pulled a grounder and Seager, shifted to the right side of the diamond, misplayed for an error that let Machin score.

The A’s are now 2-71 when trailing after seven innings.

Domingo Acevedo earned his first save. With a runner on second base and two out, Acevedo entered to cool off the Rangers’ Mark Mathias by striking him out.

In the second inning, Mathias homered in his third consecutive at-bat.

According to the Elias Sports Bureau, Mathias was the first Rangers player since Roughned Odor in 2019 to hit home runs in three straight at-bats. No Ranger has had a longer home run streak in their 51 seasons.

Mathias, a 28-year-old rookie, drove in a third-inning run with a single for his fifth consecutive hit and sixth RBI in a span of six innings, including Tuesday’s two-homer performance. Texas acquired him from Milwaukee as part of a deadline-day trade for right-hander Matt Bush, and recalled Mathias from Triple-A Round Rock on August 16.

The consecutive-hit streak for Mathias ended at five when he struck out in the fifth.

Playing third base for the Rangers for the second time this season, Mathias showed defensive ability in the fifth inning. He charged a grounder by Nick Allen and threw across the diamond in time to record an out.

With the roof open, the Rangers’ home played as a hitters’ park. Each team hit three home runs — Mathias, Marcus Semien and Jonah Heim for Texas and Dermis Garcia, Seth Brown and Tony Kemp for Oakland.

Collin Wiles, a 28-year-old right-hander, made his major league debut in relief for Oakland 10 years after the Rangers drafted him in the first round. He gave up two runs and three hits in 1 1/3 innings.

Rangers: OF Eli White, who has been out since mid-June after fracturing his right wrist, was pulled back from his rehab assignment with Triple-A Round Rock because of left knee discomfort. He will be shut down for the season. … RHP Joe Barlow felt good after throwing a 25-pitch live BP session Wednesday. He has been out since mid-August because of a blister on his right index finger and could go on a minor league rehab assignment this weekend. … RHP Spencer Howard (right shoulder impingement) is expected to pitch Saturday at Round Rock.