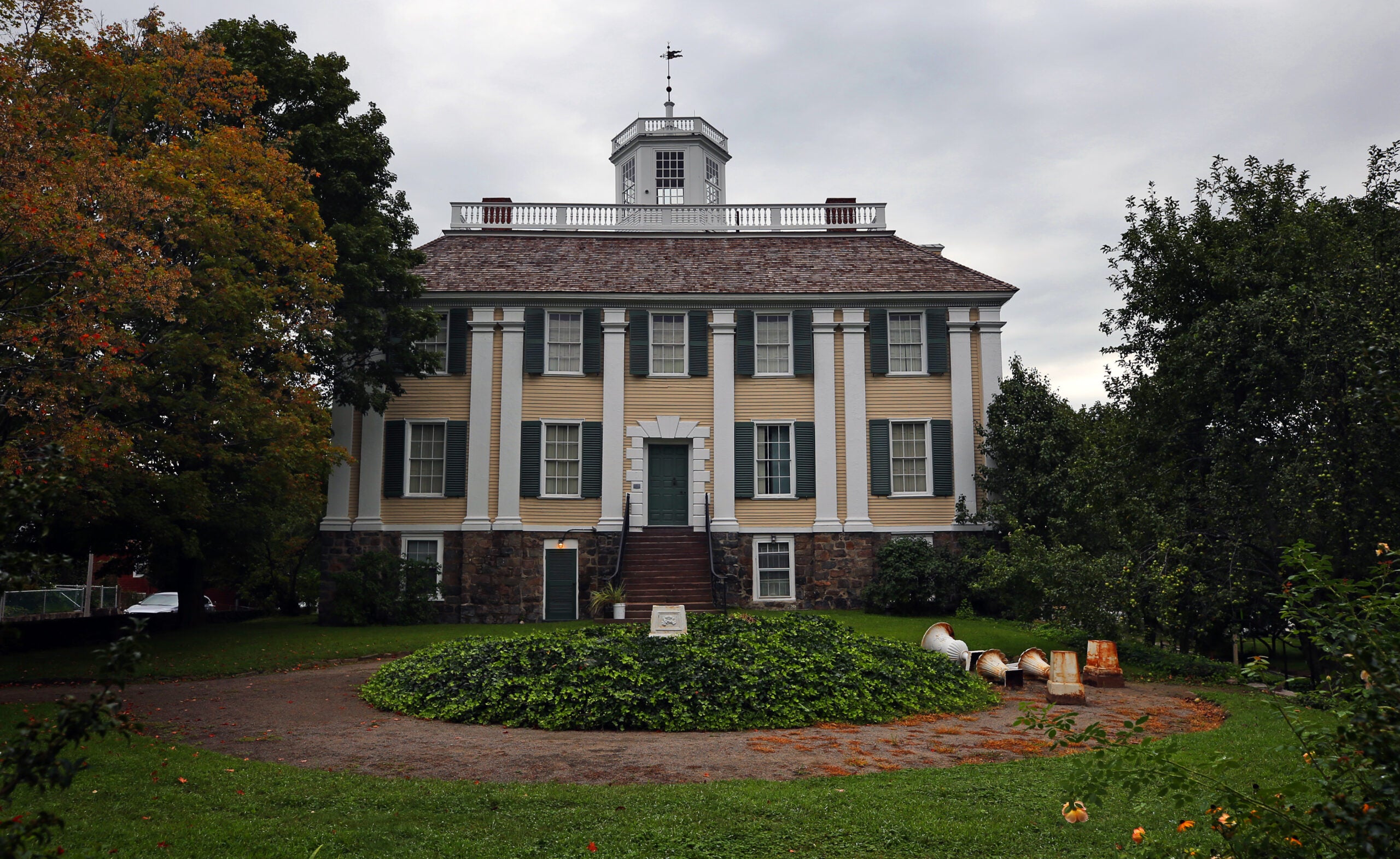 Last Tuesday, as most of Boston sheltered from gloomy rain indoors, a small team of archaeologists and volunteers were getting their hands dirty in Roxbury. It was the first day of a new dig the team hoped would unearth valuable artifacts and information about the city’s history — and the enslaved people that were an inextricable part of it.

The dig, which is currently underway, is located at 42-44 Shirley Street, near Nubian Square. The team, coordinated by Boston’s Archaeology Program, is focused on learning about the history of the Shirley-Eustis House. Built in 1747, the mansion served as the seasonal country estate of William Shirley.

As Royal Governor of the Province of Massachusetts Bay in the mid-18th century, Shirley and his family lived in the public eye, representing the British Empire and its interests. Shirley rose to further prominence in 1756, when he was appointed by King George II as Commander-in-Chief of all British and Colonial Forces in North America. George Washington once served under Shirley’s command, and the Governor once advocated for Washington’s promotion.

As they prepped for the dig, archaeologists discovered that the plot of land at 42-44 Shirley might have been the original location of the Shirley-Eustis House, before it was moved across the street to its current location. The building that currently sits at 42-44 Shirley Street is believed to be half of a former stable, also built by Shirley.

If the Shirley-Eustis House did indeed first sit on the piece of land being explored by archaeologists, it would mean that the original foundations, kitchens, and slave quarters could still be hidden underground. It would also mean that the stable was subsequently moved onto the site.

Either way, City Archaeologist Joe Bagley has high hopes for the work being done in Roxbury.

Historical documents confirm that at least five enslaved people lived at the property, according to the city. Most of them were children. The first was likely an infant named Jane, followed by an 18-month-old baby named Nanny who was listed in a baptismal record as the servant of Governor Shirley’s daughter Catherine. Nanny died at a young age, researchers determined. Another of Shirley’s daughters, Elizabeth, lived on the property with her husband Eliakim Hutchinson. The couple owned two enslaved children named Affy and Cesar, as well as an adult man named Thomas Scipio. These five enslaved people, and perhaps more, all lived at the Shirley property in the middle and later parts of the 18th century.

“The stable likely had living quarters in or above it, as was common with many stables at the time. It’s possible that Thomas Scipio or other enslaved people lived in this building. The kitchen had slave quarters, later used and recorded as a dungeon, with bottle glass windows and thick plank doors,” Bagley said in a statement. “It is likely that if we find the original basement of the mansion house on the property, we will also be able to find these quarters, too.”

The archaeological team started their work on Sept. 13, and expects it to last until the end of the month. However, excavations will stop once building foundations are found. The team is digging a series of narrow trenches across the property in hopes of intersecting with some of these foundations. If found, their alignment will indicate whether or not they belonged to the Shirley-Eustis mansion itself or the old stable building.

Bagley said that the team’s goal is not to dig up the entire site, but rather to better understand what is being preserved underground. The site’s current owner does not want to alter the area’s landscape, the city said. But any future changes to the property can then take this knowledge into account.

While the team has not yet found any building foundations, they have made a series of interesting finds, documented on social media.

Early on they unearthed a cowrie shell. These shells, native to the Pacific, were used as money all over the world. Boston’s archaeologists have only found them on sites with a documented history of housing enslaved people, although they were used by others.

On their second day, the team found a fragment of Staffordshire slipware pottery and a button likely dating to the 18th century.

On Sept. 15, archaeologists found a 19th-century “child’s size lid,” which likely came from a teapot or sugar pot.

On Monday, the team discovered pieces of stone tools and pottery created by indigenous people. They could be anywhere between 400 and 3,000 years old.

Although the work being done is relatively minimal, Bagley said he still expects the dig to serve a vital role in protecting and illuminating Boston’s history.

“The best thing you can do with an archaeological site is to leave it alone,” said Bagley. “This testing will be absolutely minimal, but it will allow us to better protect the site as we will know what is under the ground, where the foundations are, what buildings they represent, and what kinds of stories may be present. Once we know better about the history here, we can work with the property owner, Black community, and the Landmarks Commission on what, if anything, should happen with the site next.”

The dig is open to the public and members of the Roxbury community can volunteer to join. No previous experience is necessary.