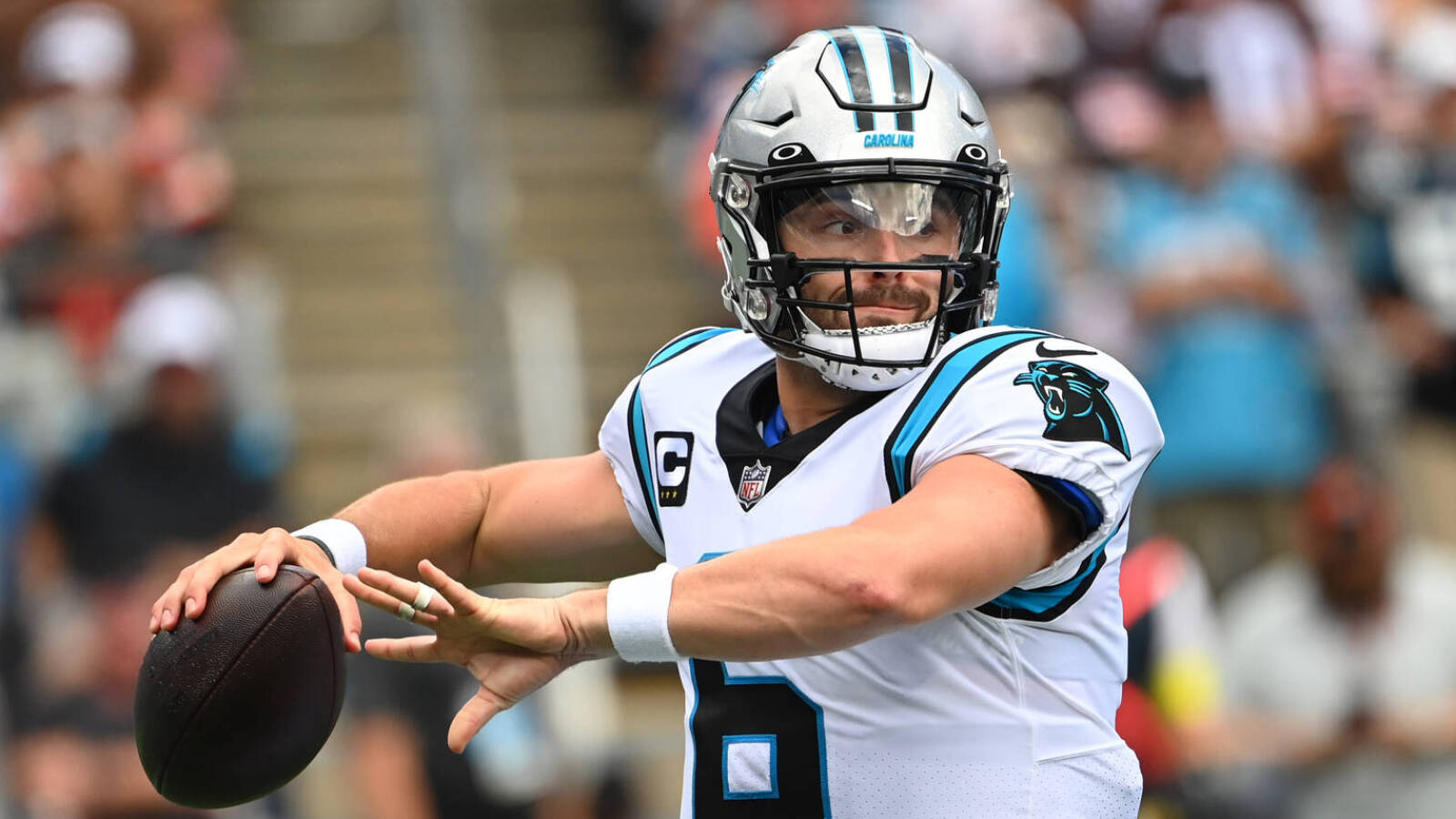 The Carolina Panthers seemed lukewarm on Baker Mayfield for much of the offseason before ultimately trading for the quarterback late in training camp. Despite that apparent reluctance, Mayfield may actually have a future with the franchise.

In a discussion about Mayfield and the Panthers, ESPN’s Dan Graziano speculated that Mayfield could actually return to Carolina for 2023, both out of motivation to prove doubters wrong and because he is surrounded by weapons he can succeed with there.

“I wouldn’t be surprised at all if he’s still Carolina’s QB in 2023,” Graziano said.

If Mayfield were to return to Carolina, it would have to be on a new contract. He is poised to become an unrestricted free agent at the end of the season, but if things go well with Carolina in 2022, there is no obvious reason he would not be open to a return.

On the other hand, Mayfield may want to try to land with a team that would face the Browns more often than the Panthers do. He is nothing if not motivated for revenge.