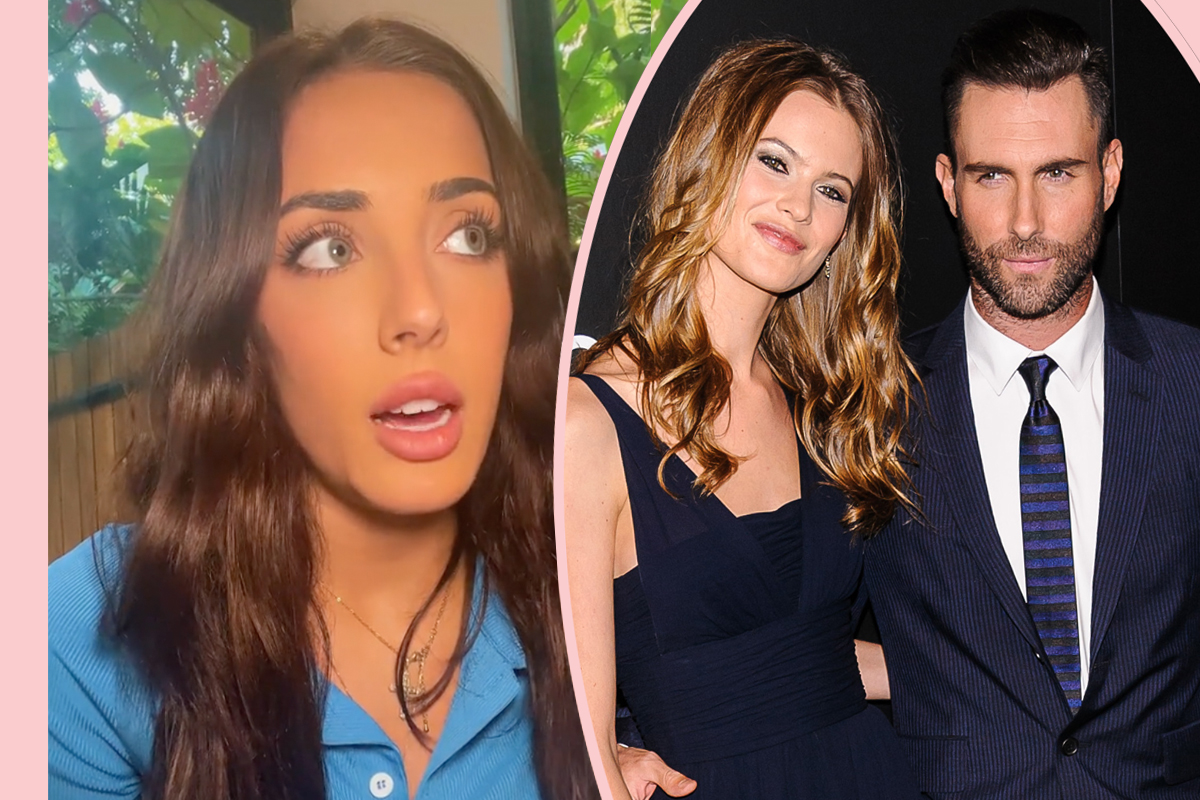 As you’ve probably heard by now, we’re all trying to unpack some extremely unsavory accusations against Adam Levine. On Monday morning an Instagram model named named Sumner Stroh sent the internet into a frenzy with a TikTok video in which she claimed she had an affair with the Maroon 5 frontman for about a year! The receipts — screenshots of alleged DMs from his official IG account — had most folks believing the allegations right away.

So with so many people buying the story, the question in everyone’s minds moved right from whether it happened to how we should react to it.

Obviously there was plenty of disgust aimed at the Voice coach. If this is true, he not only cheated on Behati Prinsloo — he even told his mistress he was going to try to name the baby they’re expecting after her! Vile!

Related: Was Adam Levine Also Insta-Flirting With A 17-Year-Old Girl?!

But there was also a pretty immediate backlash towards Sumner herself. After all, the model was not at ALL contrite towards Behati in her video. In her story, she was a victim who was “exploited” and “manipulated” because she was so “young” at the time of the alleged affair — which, if we’re doing our math right would have started less than two years ago, when she was around 21. Now, Adam Levine would have been in his early 40s, so yeah, it’s a not-great age gap, but the issue a lot of people are taking is how she didn’t even mention feeling remorse about contributing to a pregnant woman’s pain by sleeping with her husband.

Look, obviously he’s the alleged cheater here and as such should get the brunt of the bad feelings. But Stroh didn’t make it easy to sympathize with her either. Naturally she got a LOT of criticism online. And now she’s looking to respond to it with ANOTHER TikTok video.

On why she wasn’t apologetic, she says:

“I initially wanted to go in and talk about how remorseful I feel and how embarrassed and disgusted I am with myself, but I didn’t want people to look at it and think like, ‘Oh she’s playing the victim.’”

Girl. Describing the reasons you aren’t to blame — like being “completely manipulated”? That’s what playing the victim is.

Related: Examining The Clues Sumner Had Been Dropping For Months

Next, she clarifies why she went public in the first place, something she touched on in her first video. She says one of her friends attempted to sell the story to a tabloid — and she only found out “yesterday” when that outlet reached out to her for a comment. So once again, she wasn’t going public to give Behati the heads up about her man or anything noble like that. She admits:

“I only came forward because I wanted to kill whatever story the tabloid had.”

In other words, she was worried about someone else telling HER story and someone ELSE calling her a mistress — so she wanted to tell it in her own way. Which, of course, she did.

Getting even further from remorse, Sumner also implies in the new video that Adam Levine made her think he and Behati were separating:

“The most important part that I definitely did gloss over was the fact that I was under the impression that their marriage was over. I believed that they were keeping it quiet to avoid the negative press because, as I said, I was new to LA.”

Sorry, she was… new in town? Huh? What does that have to do with anything? Relationship morals are pretty universal, no? She explains:

“I just assumed with celebrities of that caliber that that’s just how it was. That’s why I feel exploited. Because he knew that I believed everything that he said because of my vulnerable position being new to LA.”

Well, we definitely know lots of men do lie to women to make it seem like what they’re doing is okay. That’s for sure. But we’re still not really processing the “vulnerable position being new to LA” thing. It’s not like before she got to town she was an unfrozen cavewoman Insta model who didn’t understand sophisticated customs about infidelity. At some point people have to take responsibility and get separation confirmation from the estranged spouse in question. If that’s too awkward, then don’t even bother and move on to someone else who’s 100% single.

She then says his messaging her from his real, verified Instagram account was “a manipulation tactic” — saying he was “hiding in plain sight.” Huh??

Look, if she really was lied to and believed Adam and Behati were fully over, that’s something we can sympathize with. Men definitely pull s**t like that. But again, aside from that first line about feeling disgusted with herself, we’re still not seeing full accountability here. She’s deflecting the blame at every single turn, not taking responsibility for any of her part in what she’s said was a yearlong affair. Even if she was fooled for a full year, if you know better now, just own up to doing something wrong. That’s all!

But instead we’re seeing every classic play in the book to maintain innocence, right down to switching from her usual TikTok outfits to a conservative polo shirt and a cross around her neck.

Ch-ch-check out the video and decide for yourself (below)!