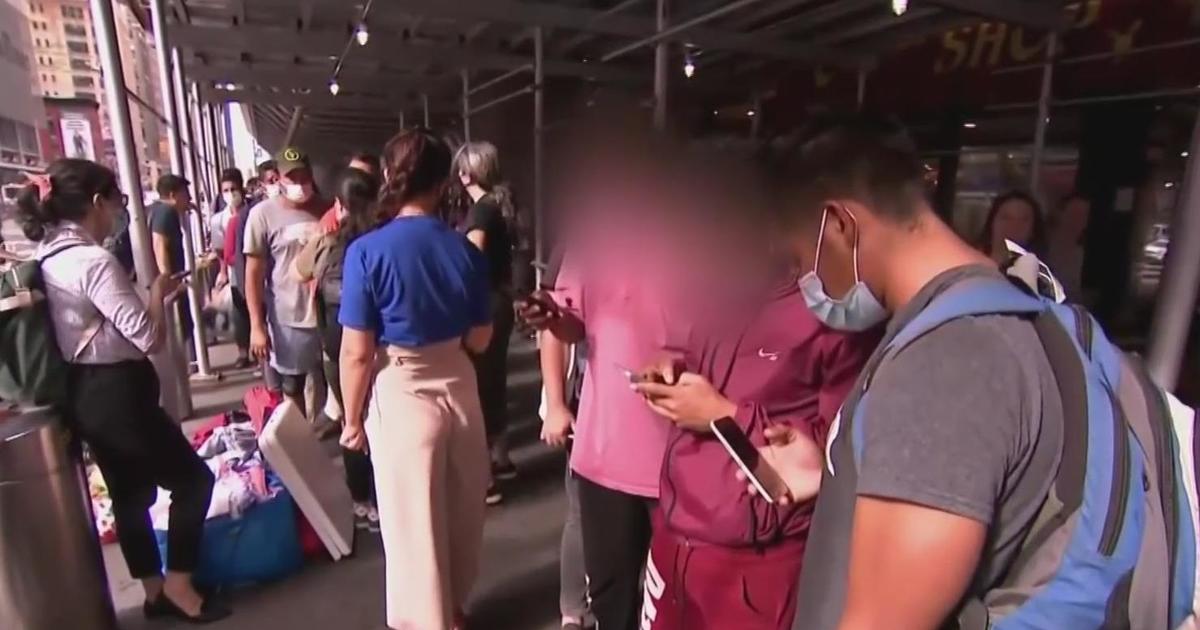 SACRAMENTO — Venezuelan migrants who took flights from Texas to Sacramento in the last two days said they had no choice in where they ended up, according to an activist group helping them.

It’s also unclear who paid for their flights. It’s the latest development in the shuffling of asylum seekers from the U.S. border to blue states.

A grassroots organization that supports migrants called NorCal Resist shared a photo of newly arrived migrants on its Facebook page. It showed the migrants helping the group distribute food and goods at their monthly distribution in Sacramento.

Their journey to Northern California has been confusing and tiring, according to volunteer Autumn Gonzalez.

“The first was a group of three, and when we met them they had just gotten to the food bank. They walked from Sacramento International Airport into town, which is about a 20 mile walk on I-5, so pretty dangerous,” she said. “And they were given shoes and something to eat. And then we picked up them up, and basically they were exhausted.”

Gonzalez said two groups landed at the Sacramento International Airport after getting released for a detention center in Laredo, Texas. They were given detention papers that sent them to what was supposed to be a shelter, but turned out to be an office building for Catholic Charities of California.

“Luckily, the security guard there has been very nice and points them to the food bank. But the second group that came in on the evening flight, obviously the food bank is not open 24/7, so it was closed at that time and they ended up sleeping in a park,” said Gonzalez. “And we met them the next day when they got to the food bank and again, we put them in a hotel”

NorCal Resist said it’s unclear whether this is part of a political stunt or a mistake on the part of ICE or CBP.

The group said it will give the migrants about a week to decide if they want to settle in Sacramento, or make their way to their intended destinations including Florida, Utah and New York.

California Gov. Gavin Newsom has called for an investigation into Republican governors sending busloads of migrants to Democratic states to protest the Biden administration’s immigration policies.

In a tweet Thursday, Newsom specifically called out DeSantis and Texas Governor Greg Abbott over their “cruel” policy of busing migrants out of their states to cities with Democratic mayors as part of a political strategy.

Betty Yu joined KPIX 5 in November 2013 as a general assignment reporter. She spent two years at WTVJ, the NBC-owned station in Miami, as a reporter before moving to San Francisco.