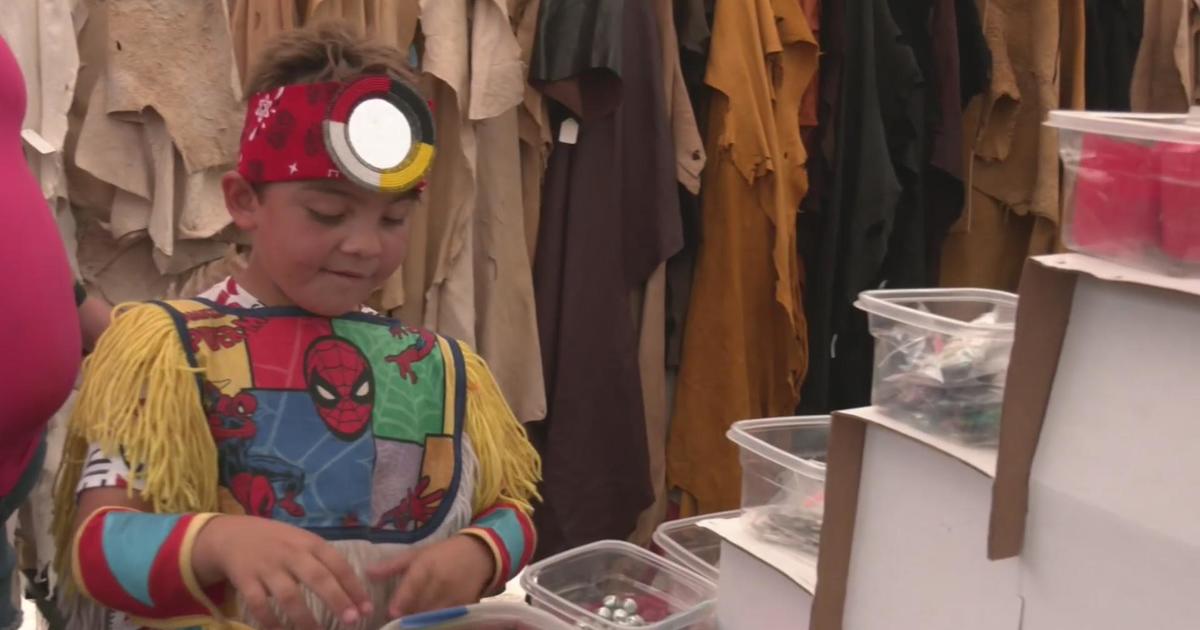 MANKATO, Minn. — A historically significant Wacipi, in its 50th year.

“I dance fancy shawl and jingle, and I’m gonna be walking around, eating a lot,” said Aven Schnitker, a fourth grader and dancer at the pow-wow.

Over 40 vendors filled Land of Memories Park, with many more on the waiting list.

People from all backgrounds – an estimated weekend total of 7,000 – from as far as Alaska.

“[People] should come and check it out because I like people checking out my culture,” said Schnitker.

This pow-wow memorializes the 160th anniversary of the Dakota 38 massacre, the largest mass execution in U.S. history.

“People say mass execution, I just say mass murder,” said Dawn Stempson, this year’s Mankato Wapici Princess. “One of America’s largest – and it affected all of Indian Country. We still feel that pain and that grief today.”

“This is a way of life for me. This is what I enjoy,” said Jerry Dearly, the emcee for this and many pow-wows like it across the country; welcoming everyone to attend and learn.

An important emotional part of the day was a memorial held for a four-year-old girl who died at last year’s pow-wow when a branch fell off a tree and hit her during a storm.

From the food vendor doubling as an audio guy to the first ever land acknowledgment by the Mankato Mayor, to the dancing and educating, this Wacipi accomplishes many things at once.

“Historical trauma doesn’t just go away,” said the pow-wow’s chair, David Brave Heart. “So there has to be some type of healing.”

If you’re interested in attending the event on Sunday, click here for more information.  To learn more about the history of the Mdewakanton Association, click here.

Ren Clayton grew up in Minneapolis as a true sports fanatic. He especially loves watching the Olympics, the Masters Tournament, and the World Series.