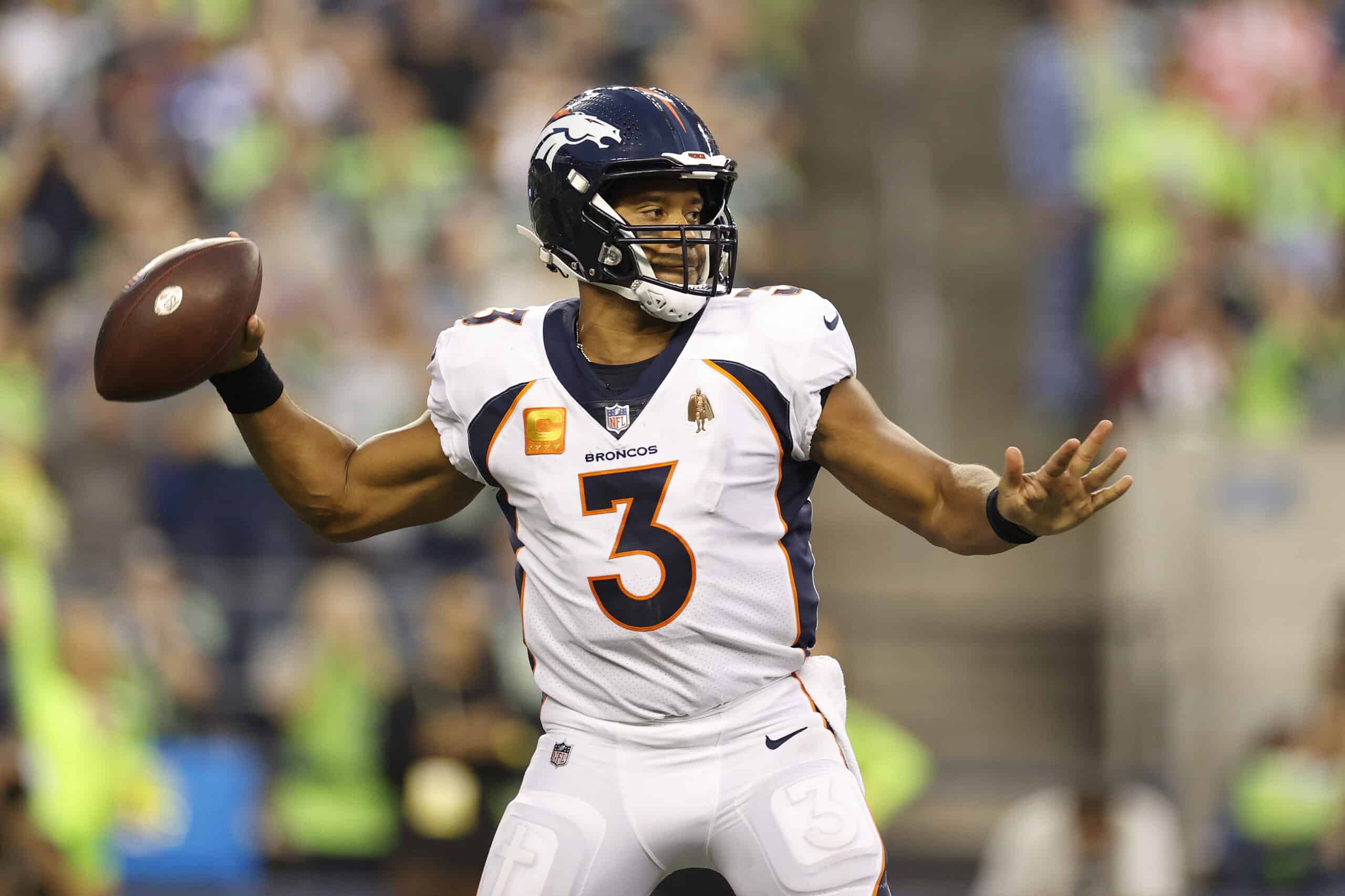 The Denver Broncos suffered a bad loss in Week 1 against the Seattle Seahawks.

It was Russell Wilson‘s return to Seattle in his first game as a Bronco.

Denver looked very rusty in Week 1, on both sides of the ball.

They have a lot to prove to themselves and the rest of the league in Week 2.

The Broncos will host the Texans on Sunday and are in desperate need of a win.

Playing in the AFC West, Denver can not afford to start 0-2.

This is a division that might see all four teams with nine or more wins.

Failing to beat two of the worst teams on their schedule would be a major problem.

Plus the schedule for Denver over the next four weeks is significantly more difficult.

They start AFC West play along with a matchup with the San Francisco 49ers.

If they start 0-2, they will be facing an uphill battle the rest of the season just to get a wild-card spot.

Denver needs to make improvements on both sides of the ball in Week 2.

Their defense allowed Geno Smith to carve right through them for the first half in Week 1.

What a START! @GenoSmith3 improvises to @Will_Diss. Place is electric!

Now they face Davis Mills, who is someone they should have success against.

Mills is a good young QB but he is still far from a finished product.

Also, the weapons on the Texans are not very good either.

Other than Brandin Cooks, no one on that offense should scare the Broncos’ defense.

Playing at home, the Broncos should have no problem keeping this offense under 20 points.

Look for Bradley Chubb and Randy Gregory to make an impact getting after the QB with Patrick Surtain II as the main cover guy.

This defense has a chance to be good this season and they need to show that in Week 2.

The Broncos committed 12 penalties in their Week 1 game.

That is a great way to ensure that a lesser team can keep the game close.

Those 12 penalties cost the Broncos 106 yards and were a big reason for their loss in Seattle.

Playing in the loudest stadium in the league was difficult for the Denver offense who committed multiple delay of game penalties.

Now, at home, the noise should no longer be an issue.

But, personal fouls could still be an issue.

The unnecessary roughness/late-hit penalties will never be acceptable.

It is not just about getting a much-needed win in Week 2, but the Broncos have to play more disciplined.

The new head coach, Nathaniel Hackett, took a lot of heat after Week 1.

His decision to kick a 64-yard field goal on 4th&5 was rather puzzling.

Instead of giving the ball to his new quarterback and having him try to pick up the first down.

Denver needs to be better in every aspect of the game, including coaching.

Look for the Broncos to show up and play much better at home in Week 2.

They are desperate to get in the win column and the Wilson/Hackett era can not afford to fall to 0-2.