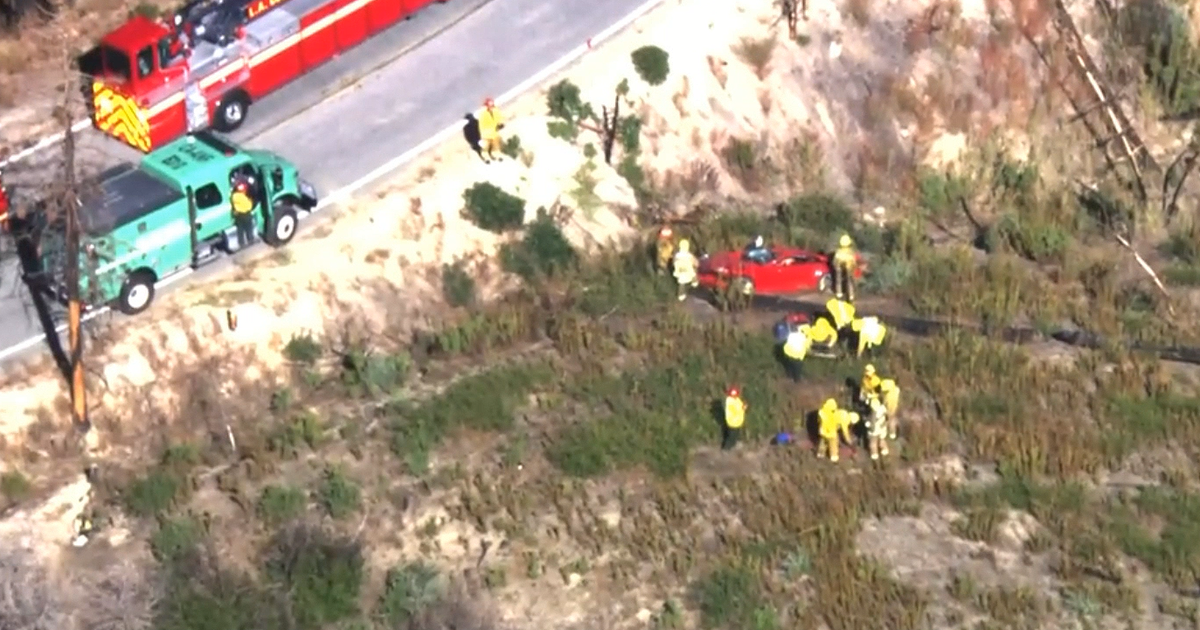 Two people died Friday in a crash that went over the side of the Angeles Crest Highway in the Angeles National Forest.

The crash was reported at 9 a.m. at mile marker 47 on Angeles Crest Highway. The red, two-door vehicle sustained heavy damage after going over the side of the road about 20 feet down.

One person was initially reported to be trapped in the vehicle. About an hour later, Los Angeles County Fire Department officials confirmed two people were confirmed dead at the scene.

Firefighters and forest officials are on the scene to recover the vehicle.

It’s not clear if any other vehicles were involved in the crash. However, the crash occurred on a very curvy stretch of the Angeles Crest Highway in steep terrain.

UPDATE: The victims who died in this fatal crash were identified as 48-year-old Anggoro Putro and 19-year-old Radja Putro.

Both died after the vehicle they were riding in fell 20-40 feet down an embankment, according to the California Highway Patrol.

It’s unclear at this moment what exactly led up to the crash.